We Americans don't like to think the unthinkable: a massive attack on our homeland — one that kills millions of Americans. But we have been credibly warned. 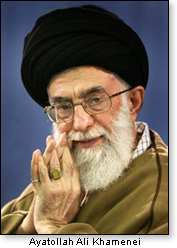 Ambassador Henry "Hank" Cooper's credentials in this field are first-rate, with a background that includes work in the Defense Department with Air Force strategic and space systems. He was the first Strategic Defense (SDI) director and also a negotiator with the Soviets on missile defense.

Citing the Cuban missile crisis of 50 years ago this week, and adding up the information gathered (both publicly available and from behind the scenes), Ambassador Cooper sees Iran's nuke-building as posing the greatest threat to our own homeland security since that near-attack during the Kennedy presidency.

Up until now, most of the emphasis has been on Iran's threat to Israel. That threat is real. But Iran also has designs on the United States — us. Wherever we live in the U.S. of A.

A veteran CIA spy says Iranian and U.S. negotiators have struck a deal: Iran will halt part of its nuclear program. In exchange, the U.S. will lift many of its sanctions.

Writing for WorldNet Daily under a pseudonym, Reza Kahlili cites his extensive sources of information to report that Iran's Ayatollah Ali Khamenei as expecting a letter from President Obama in a few days "guaranteeing the details of the agreement arrived at recently during secret negotiations at Doha Qatar."

Once the Ayatollah receives Mr. Obama's guarantees, the WND report says, "he will authorize an announcement by Iran on a solution to the nuclear crisis before the U.S. presidential election."

There were four meetings in the U.S. with Iran surrogates to set the stage for the Doha conference. Among the U.S. representatives on hand, Kahlili reports, were Valerie Jarrett — top adviser to Obama — and Assistant Treasury Secretary Cyrus Amir Mokri.

U.S. negotiators reportedly warned that a Romney presidency "would surely move toward Israel, and Iranians were reminded that Obama has stood up to Israel on any plans to attack Iran."

Within hours of Kahlili's WND story, a similar dispatch appeared in the Sunday New York Times, saying the agreement was for further talks. Kahlili's exploits, including as a spy in the Iranian Revolutionary Guard, gives his knowledge more weight in this matter than the NYT's apparent attempt to play journalistic catch-up. 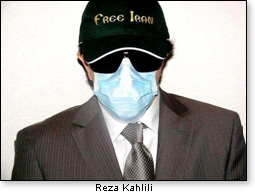 Of course, the White House and the Iranian government both deny the whole thing. This may be a case of "Too soon." However, if the story plays out, October "surprise" will be a misnomer.

Chestnuts out of the fire?

This comes at the very moment that popular unrest in Iran over the sanctions adds pressure on the regime. With the threat of rebellion from within the masses facing Iran's leadership, the supposed agreement would be the kind of break the Iranian mullahs would welcome. And when a desperate U.S. president is lagging in the polls two weeks before the election, well, sometimes strange things can happen.

Now comes a well-informed assessment as to the extent of the terrible danger that faces us, not unlike those tense "walk to the edge" days of Soviet missiles in Castro's Cuba.

Back to Ambassador Henry Cooper (cited above): He has been telling anyone who will listen that America is in danger of an attack on the continental United States, not just some military base thousands of miles away — but right here on our soil. We would do well to consider his views on this.

The ambassador cites one facet of the 1962 crisis that was not generally known until decades later: After Nikita Khrushchev promised President Kennedy he would cease deploying nuclear armed missiles in Cuba, 100 smaller nuclear missiles actually remained there. Fidel Castro wanted to keep them. And if Kennedy had known that Khrushchev had lied, the U.S. might have taken us to war with Cuba. That's how close we came to World War III. Happily, the weapons were secretly removed from Castro's island by the end of 1962, without the U.S. ever knowing about them, to prevent Castro — whom the Kremlin viewed as unstable — from having control of them. (For more on this revelation, see "Cuban missile crisis: The other, secret one," by British journalist Joe Matthews.)

Ambassador Cooper's point in recounting this history is to note that intelligence work cannot always catch everything.

And the here and now?

The ambassador notes that last year, Reza Kahlili (the veteran spy) warned that when Iran gets a nuclear weapon, it will already have tested its ballistic missile capability needed to launch it from a ship off our coasts, or perhaps the Gulf of Mexico. 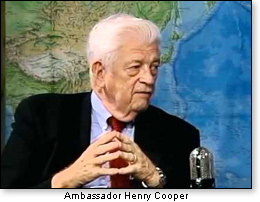 Our missile defense site in Alaska? It provides only limited defense against long-range intercontinental missiles (ICBMs) launched from Iran. Meaning it's "totally ineffective against this threat from the sea or from [Hugo Chavez's] Venezuela," an ally of Iran.

And then there is this threat: "So we potentially could again be rudely awakened by [imminent] nuclear attack from a few miles off our coasts." As Ambassador Cooper has argued (and as we have outlined in this space for years), "this is an existential threat because the associated electromagnetic pulse (EMP) from a high-altitude nuclear burst could lead to the ultimate death of two-thirds or more of all Americans, as reported to Congress by the congressionally mandated EMP Commission."

There are ways to prepare, hopefully in time. Cooper, who now is chairman of High Frontier, a think tank whose emphasis is preparedness, suggests we deploy the Navy's Standard Missile (SM-3) interceptor and a radar command-and-control system at several military bases and at the Gulf of Mexico, and the "Aegis Ashore" (a land-based version of a missile defense system currently based on 24 ships.

Here's the problem: Our current commander-in-chief has skipped more than half of his intelligence briefings, and his priorities would suggest it is more important to pay for Big Bird than for defending the right of Americans to live. His denials during Monday's debate notwithstanding, the administration did in fact propose the "sequester" that looms over the upcoming "lame duck" session of Congress. If that contingency becomes reality, it would do extreme harm to our preparedness. If President Obama is serious about our security, he shows little sign of it. All one has to do is consider the changing stories and cover-up on Benghazigate.

But look at it this way: If we don't renew his contract, then he won't have to worry anymore about being pestered with intelligence briefings. Meanwhile, I want to live.