December 5, 2010
As intellectuals and citizens we might be committed to our society by thinking more critically about our world and key events now occurring in it. According to Brannigan (2005), the idea that majority opinion constitutes the litmus test of whether something is morally right or wrong, is logically absurd. 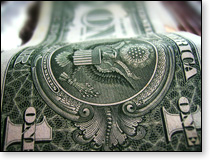 An instance of financial instability and absurdity can be seen in the global economy and specifically this week in Ireland. Over the past decade Irish governments and citizens went on a spending spree where they borrowed and spent much more than they could ever pay back. They lived well above their means and are now fundamentally bankrupt. Sound familiar? They could claim bankruptcy or default on their loans, credit cards, etc., and start over. Or they or take additional loans from the international bankers who do business as the IMF, to pay off their existing loans. Seem silly? If they take loans from the IMF nothing will have been solved. They will have borrowed even more money to try and continue living beyond their means. At some point they will have to either find a way to pay off the loans, or go bankrupt. Either outcome will create a significant shock to the Irish economy, as the money will have run out. By taking loans from the IMF, Irish citizens will essentially have become debt slaves to the international bankers.

It is important to note, with its own massive debt and similarly large unfunded future liabilities, the United States (U.S.) will find itself in the same situation within the next decade. The majority is unaware. Last week the U.S. Department of Agriculture released the September 2010 Supplemental Nutrition Assistance (SNAP) program data. SNAP is the modern day equivalent to food stamps, digitized. What it shows is that the number of poor Americans has never been higher. According to the U.S. Department of Agriculture, (September, 2010), SNAP recipients reached an all time record high of 42.9 million in September. Interestingly, the stock market celebrated the record number of poor Americans by closing at 2010 highs in the same week. This represents only one observation of an utterly illogical U.S. economy. 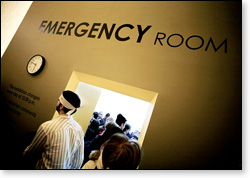 We must never abandon critical thinking, the willingness to wade through the mud of moral battles, sift through numerous arguments and ensure that their premises are grounded in logic (Brannigan, 2005). As citizens and scholars it is our right and duty to think more critically about what we hear, see and read, or we might someday wake up like Ireland and find ourselves at the hands of the international banking cartel.