Michael Victory
Under their thumb

February 24, 2011
I was recently surprised to read that Stanford, a private university received $1 billion dollars from the federal government in 2010. According to (Stanford, 2011) there are more than 5,000 externally sponsored research projects throughout the university, with the total budget for sponsored projects at $1.15 billion during 2010-11, of which the federal government sponsors approximately 83.5 percent. Stanford seems less privately sponsored and more like a government operation to me. A friend of mine then asked the question: "What knowledge is worthy of the resources needed to pursue it?." 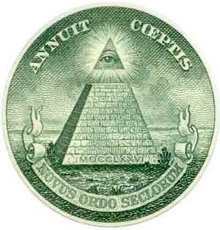 I drifted off and decided to do some data mining on dominance, control and the conspiracy of the Bilderberg Group. What knowledge is worthy of the resources needed to pursue it? Who makes the decisions that affect our lives?

Alex Jones and other trendy Internet newscasters believe a shadowy "power elite" called the Bilderberg Group, rule the world. The Bilderberg Group includes central bankers, defense experts, mass media press barons, government ministers, prime ministers, royalty, international financiers and mass media press from Europe and North America (Heinz Duthel Standard , 2008). It has been said that the Bilderberg Group promotes the careers of politicians whose views are representative of the interests of multinational corporations, at the expense of democracy.

Rumor has it, this power elite, allegedly have great influence over global natural resources, and plan to manipulate the price of oil and gas in the next 12 months, to never seen before highs.

Sometimes it is hard for me to believe there could be such a mob of influential rebels...

Sometimes it is not..