Society's ethical compass has been damaged. Is an educational system that no longer nurtures religion liable? Religion in schools doesn't have to be about divinity, in fact throughout history, religion in education has focused more on encouraging ethical behavior than holiness. According to Chickering, Dalton, and Stamm (2006), the religious elements of American education were once those of piety and moral discipline, not religious theology. Today in education, communication of Christian values is fundamentally nonexistent. 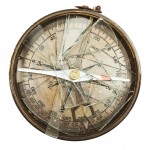 Although American education did not directly promote a particular denominational theology, college campuses until the early twentieth century defined themselves as Christian institutions, with the propagation of Christian faith and values as an essential component of their missions (Chickering et al., 2006). Why has morality-based education through religion been disregarded? Moral teaching was eliminated from the curriculum, as student associations became the new focus on campus.

"As America became more pluralistic and secular, and as an increased stress on research, specialization, and vocationalism and an expanded curriculum worked to further the secularization of higher education," institutions would "abandon their earlier efforts to serve God and simply pursue a mission of service to the nation." (p. 75)

Moral development is a responsibility of education. If moral beliefs are not taught in schools than where else might some students learn about things like character and principled behavior? Should the church serve as the only teacher of loyalty, while colleges and universities focus only on knowledge expertise? According to Chickering et al. (2006), higher education's pragmatic mission has been reinforced by the ever-increasing percentages of university budgets provided through government and business research grants. Religion has been lost in schools because society's standards have been compromised at the hands of suspect government and business. The time for morality-based education to return is upon us, and essential for the future of our children.