February 16, 2019
As human beings we are able to directly perceive our Universe in four dimensions. The physical volume of the Universe, with all its galaxies, stars, planets and objects therein observable, is expressed in the first three Euclidean dimensions on the x,y and z axes of the Universe. Time occurs as objects move through space, thus as we observe the movement of objects, including people, we experience the fourth dimension of time. Albert Einstein's Special Relativity combines these four observable dimensions of the Universe into one, known as Spacetime, but Einstein's high conception of science remained grounded in that which is observable to human beings, thus he did not attempt to tread unscientifically into the unobservable fifth dimension.

"There is no more common-place statement than that the world in which we live is a four-dimensional space-time continuum... For it is composed of individual elements, each of which is described by four numbers, namely, three space co-ordinates x,y,z, and a time co-ordinate, the time value t."
Albert Einstein 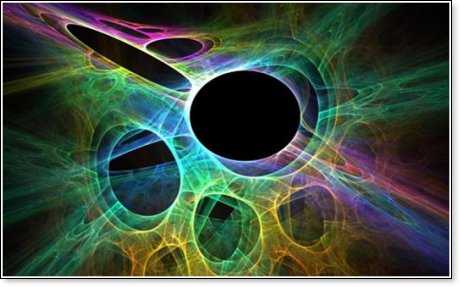 Our Founding Fathers were not privy to string theory and extra dimensions, but they rightly identified a moral rationale for faith in God. They postulated that, based on infinite and therefore equal human value, our equal unalienable human rights are endowed to us by our Creator, not by a government, in order to prevent attempts by tyrannical government to suppress or take them away.

"We hold these truths to be self-evident, that all men are created equal, that they are endowed by their Creator with certain unalienable Rights, that among these are Life, Liberty and the pursuit of Happiness. That to secure these rights, Governments are instituted among Men, deriving their just powers from the consent of the governed." Thomas Jefferson – American Declaration of Independence