October 26, 2012
As we rapidly approach Election Day, I've heard a number of my friends say that they just can't vote for the lesser of two evils. They will neither support Obama or Romney for president; instead they'll support a third party candidate or they won't vote.

I have a tremendous respect for the zeal and the objectives of some of the alternative parties. Although not in complete agreement with all of their positions, I've been honored to speak at the conventions of the Constitution and the Christian Party in the Tar Heel state. I've lobbied in support of making it easier for third party groups to get on the ballot in North Carolina. I strongly believe that they should continue to make their voices heard and not lose heart.

Nevertheless, I do not believe that this is their hour. To vote for a third party candidate this election, except to satisfy one's conscience, will do nothing more than throw the election to one of the candidates of the two major parties. Unfortunately, in such a tight race as this one, I fear it will only help give the election to Obama.

I personally believe Christians should think very carefully about the prospect of another four years of an Obama presidency versus that of a Romney presidency. Granted, Romney is a Mormon. Mormonism is not Christian. It is a cult. But I agree with Paul Ryan, Romney's running mate and a Catholic, who said he looked for where he and Romney's "faiths come together in the same moral creed" and vision for the nation. Mormons and Catholics are strong supporters of many of the same principles of morality as conservative evangelicals. In contrast, Obama and Biden both profess to be Christians (Biden, more specifically Catholic), but tragically have put forward the most anti-Christian public-policy agenda of any presidential administration in American history. Never has there been a presidency so preferential to Islam, attacked life, undermined traditional marriage and the family, diminished religious liberty, or snubbed the nation of Israel, like the current one. I do not believe it is in the slightest hyperbole to argue that to vote for Obama, or to waste one's vote on a third party candidate, when such a candidate cannot possibly be elected, only further jeopardizes this nation to the probability of God's judgment.

Can Citizen Christians expect a Romney presidency to entirely meet their expectations? Probably not. They'll have to be on their toes and fully engaged to hold a Romney administration accountable to its promises, as well as watch and trouble-shoot for unexpected problems. But make no mistake; Obama has nearly every constitutional right and virtuous way of living in his cross hairs.

Yes, speaking in the plainest of terms, Romney is the lesser of two evils for many conscientious followers of Christ. But it is also true there is a sense in which this is always the case. There will never come a day when any one politician or political party will embrace biblical values perfectly. It's not possible because all men everywhere are totally corrupted by sin. This is not to say that every thought and action of man is tainted by evil, but only to contend, as does the Bible, that sin has contaminated every part of every person's being. Some are more worthy of trust than others — some are more advantageous to partner with or be around than others — yet because all are inherently broken, none can ever be fully trusted. 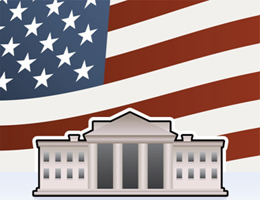 Someone says, "Well then, I just won't vote." That doesn't work either. It presents the same likely scenario of voting for a third party candidate, edging Obama closer to re-election.

No, this is no time for neutrality. With the deepest respect for those who contend otherwise, there are really only two choices in this election — Obama or Romney — one or the other will be president. This election, any vote cast — any vote failed to be cast — will be a vote for either the lesser or the greater of two evils.

God help us. And may God hasten the day when there are brighter times and better choices before us.