November 17, 2013
Kevin and Jason made their way down the steps after 1 a.m. Kevin led his friend into the corner room that the family called the study and opened his Dad's liquor cabinet. "He's going to know you got in here," Jason warned. "No way," said Kevin. "I only take what he won't miss." Then 12-year-old Kevin drew out a bottle of vodka, unscrewed the cap, placed the bottle to his lips and swallowed a mouthful of the clear liquid. He passed the bottle to Jason and the two of them drank a few more swallows before returning the bottle to the cabinet.

Kevin and Jason would share this late night adventure together every time Jason would come over to stay for the night. And it wasn't long before Kevin was sneaking liquor from his father's cabinet regularly, when he was at home alone too. By the time Kevin was just fourteen he was drinking every day. Kevin's parents were gone a lot and somehow the booze seemed to make him feel a little better about his life – a bit warmer and more secure. Neither Kevin's father, whom Kevin suspected was an alcoholic, nor his mother ever seemed to notice the alcohol disappearing with regularity, at least if they did nothing was ever said about it. [1]

Many young people simply experiment with alcohol and after finding their curiosity satisfied will later abstain. But today most do not, they continue drinking. In fact, alcohol has become such an accepted part of our culture that a Columbia University study noted that underage drinkers account for 11.4% of all the alcohol consumed in the U.S. [2] The average age of a teen boy who tries alcohol for the first time is 11, and for a girl its 13. According to statistics as recent as last year, 72% of students have consumed alcohol (more than a few sips) by the end of High School, and approximately 37% have done so by eighth grade. [3] More than 3 million teens in the U.S. between the ages of 14-17 are problem drinkers – something they will likely struggle with the rest of their lives. [4]

This week, Free Will Baptist Family Ministries, based in Greenville, Tennessee, cancelled a fundraising event featuring Duck Dynasty Star, Willie Robertson, over a recent decision by the Robertson family to create a line of their own wines. The fundraiser, which could have brought $70,000 to $85,000, was for a project to add another 10,000 square feet to the ministry's school where at-risk youth receive an education and counseling.

Dereck Bell, the ministry's director of development, said the cancellation wasn't based in any ill will towards the Robertsons. The ministry's concerns were related to the Robertson's association with the sale of wine and the way that could send the wrong message to the adolescents they serve. Bell explained half of the adolescents in their program undergo treatment for alcohol and drug addiction issues. He said, "Our message must be consistent. The lives of these children may well hang in the balance." [5]

The A&E reality show Duck Dynasty is not only a huge hit, but its contribution to the good of our nation can't be understated. It resonates with teachings of the Bible, family values – love for everything Americana from football to meal time prayers. What is more, the Robertsons' commitment to spreading the Word, seeking to lead people to Christ, and helping various Christian groups and non-profits via their speaking engagements is exceptionally commendable. Every Bible believing evangelical in the country loves them – and rightly so.

In Jeremiah chapter 35, God commended the Rechabites for their commitment to stay away from wine. Some will argue they were blessed only because of their obedience to the patriarch of their clan and not their abstinence. But would God bless obedience to a sinful or foolish precept? Would God have selected to highlight in His Holy Word His special approval to a particular rule that was simply observed from some superstitious motive or mere legalistic practice? Hardly! The point of the text is that God wanted to contrast the praiseworthy fidelity of the Rechabite's holy and separated lifestyle with that of the Jews who had forgotten God and become careless, even reckless with their own in an age of indulgence. One can only wonder how God intends to bless Free Will Baptist Ministries for their sterling similar example. 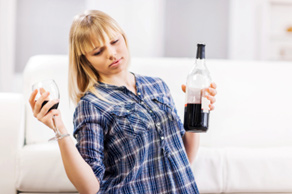 Certainly there are many good Christians who, for various erroneous reasons, choose to imbibe or traffic in the sale of alcohol, but to do so is an abuse of their Christian liberty. Judge Paul Pressler once wrote, "The upcoming generations need to know the havoc brought on our society and upon individuals by the use of alcohol. If we use it ourselves, we recommend its use to others. A Christian should not exercise his freedom to put himself and others at such risk." [6]

Moreover, it should be remembered that alcohol is a recreational, mind-altering drug. To use it even moderately is to swing the door wide open for the moderate use of other recreational drugs like marijuana. Should Christians endorse the moderate use of other recreational drugs? Why is alcohol, which happens to be the nation's number one drug problem, morally acceptable, but not other drugs that scientifically and socially speaking actually effect less harm? The solution is not difficult for the individual who has a love for the truth. Beer, wine, and liquor today like all mind-altering recreational substances can make a fool of one's life, biting like a poisonous serpent (Proverbs 20:1). And just as discretion is the better part of valor, abstinence is the better part of wisdom.

It obviously was a youngster that prompted a certain poet to write:


An empty glass before the youth
Soon drew the waiter near:
"What will you take," the waiter asked,
"Wine red, or white, or beer?"
We've rich supplies of foreign brew
And wine your thirst to slake
The youth with innocence replied,
"I'll take what Dad takes."
Swift as an arrow went the words
Into his father's ear;
And soon a conflict deep and strong
Awoke terrific fear
Have I not seen the strongest fall?
The brightest led astray?
And shall I on my only son
Bestow a curse today?
Dad motioned to the waiter;
And gave his order clear;
I think I have a taste today,
For a sparkling glass of – iced tea! [7]


Yes, iced tea! That's what it looks like Uncle Si is always drinking in that beloved cup of his. Let's hope we don't start seeing him filling it with wine, at least not for the sake of those young people like Kevin.