October 15, 2020
Below is an article by an associate of Tom DeWeese at the American Policy Center, Kathleen Marquardt, the Center's vice president.

If a nation expects to be ignorant and free, in a state of civilization, it expects what never was and never will be. Thomas Jefferson

WHAT IS CANCEL CULTURE?

In simple words, it is the means by which the Marxist goal of attaining world communism will be realized. The two key components that must be canceled are Western Culture and Christianity. Western Culture cannot be canceled without, first, the cancellation of Christianity, because Western Culture is based on Judeo-Christian religious traditions, thus why the attacks on churches and synagogues are legion. That is not to say religion will be canceled, but Christianity must be eradicated and replace by socialism’s one-world religion – a mishmash of the world’s other religions, always with an underlying basis of socialism and man will be god, or the state will. (Bear with me, I am giving the history first {short version}, so you can know your enemy.)

The Marxists drew their mystical theory from DesCartes’ idea that he could erase his history at any time and replace it with a new one, over and over again. But the Marxist Cancel Culture isn’t out to destroy their messed-up culture and replace it with something better. Their goal is to replace the world’s greatest culture – the Great American Experiment – and replace this with their own corrupt, tyrannical one. The United States Constitution is the only one set up to protect the God-given inalienable rights of the individual. All other nations grant rights to their citizens, the rights their governments deem to be acceptable

(and won’t aid the people to demand their sovereign rights).

WHY DOES OUR CULTURE NEED TO BE ERASED?

Why do Western Culture and Christianity both have to be annihilated? Western Culture represents the reasoning, logical, fair and open-minded aspects of our world. Out of Western Culture sprang the United States Constitution, the framework of the nation. And the Christian religious traditions, especially the Ten Commandments, are the underlying pillars of Western Culture. As Antonio Gramsci wrote in his prison notebooks, “Any country grounded in Judaeo-Christian values can’t be overthrown until those roots are cut … Socialism is precisely the religion that must overwhelm Christianity … in the new order, Socialism will triumph by first capturing the culture via infiltration of schools, universities, churches and the media by transforming the consciousness of society.” That, to me, seems a very up-front answer.

In The Old Culture And The New Culture, Georg Lukacs explains the problem with capitalism and why it must be defeated: “Every old culture was the culture of the ruling classes; only they were in a position to place all their valuable abilities in the service of culture, independently of concern for subsistence.” But capitalism came along and “revolutionized the whole social order …capitalism drove the ruling class itself into the service of production”. Now, the ruling class is just like the rest of us, “forced to devote its energies to the struggle for profit. Civilization creates the rule of man over nature but in the process man himself falls under the rule of the very means that enabled him to dominate nature. Capitalism is the zenith of this domination; within it there is no class which, by virtue of its position in production, is called upon to create culture.” This is unacceptable to communism. We must have what Marxists call a truly equal society; that “communism aims at creating a social order in which everyone is able to live in a way that in precapitalist eras was possible only for the ruing classes and which in capitalism is possible for no class”. Capitalism must be destroyed to bring about this totally communist society, which creates a social order in which everyone is able to create culture. “It is at that point that

the history of mankind will actually begin.” Everything before it will be erased.

This new epoch, “the rule of civilization will then be known as the second ‘prehistoric’ period.”

Of course, when you think about that, you wonder, if everyone is ‘creating culture, who’s watching the store? In fact, are there stores? How do they get made out of culture? But what is not said, it that this new socialism is the same old socialism that leads to communism. And, in spite of how they word it, it goes back to masters and slaves (with you-know-who being the masters).

Yet our attention should not be diverted from the essence by superficial appearances, for when it comes to culture only the best forces of the ruling class are considered. Lukacs 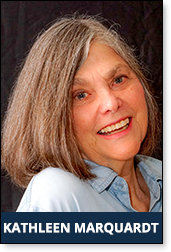 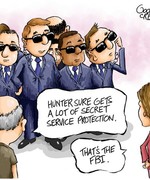