Jake Jacobs
The Democratic Party, the enemy within & why Obama must go!

October 26, 2012
This past week after my Academy and College teaching I headed off to Election 2012 Campaign events to participate in the Battle to keep our Republic from being destroyed by Barack Obama and his Progressive, Socialist, Collectivist BIG government minions who have lied their way into office and perpetuated deception upon deception attempting to dupe the American people into believing the Democratic Party is the Party of Life and Liberty.

They are THE Party of DEATH, 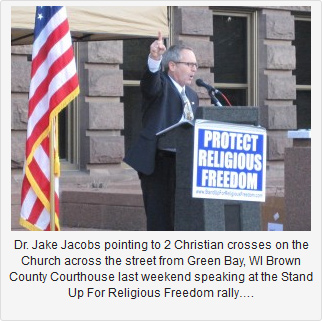 Last Saturday I was Blessed as an evangelical Christian to participate with hundreds of authentic Roman Catholics who like me have a disdain for Roe v. Wade and a passion for ALL of life in America from conception to one's golden age. The Congressional Democrats along with Obama have created the evil HHS Government mandate the violates the freedom of conscience and values demanding from free citizens their property to finance the murder of innocent unborn. This must be STOPPED! 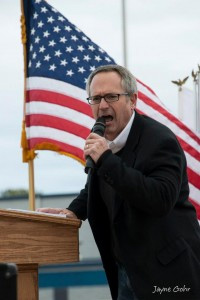 Any one who has taken my World History and Holocaust college classes know my hatred for National Socialism/Nazism also know my equal hatred for Soviet Socialism and ALL variants of Socialism which are the antithesis of our Republic under God!

Last night I emceed a Conference that some dear friends and I put together to educate concerned citizens about the Worldview of not only Barack Obama but the growing "enemies within": Progressives and Socialists in Congress and our Courts throughout the land. We were able to bring in NY Times best selling authors Trevor Loudon from New Zealand and Aaron Klein from Tel Aviv, Israel. Trevor's book Barack Obama And The Enemies Within and Aaron Klein's book Red Army: The Radical Network That Must Be Defeated To Save America are quoted in my book MOBOCRACY:The Cultural and Political War To Destroy Our Republic Under God. 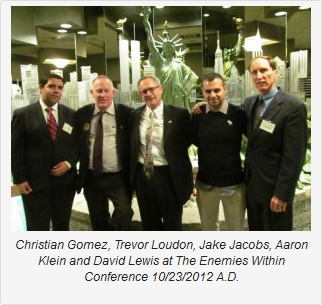 I was honored that these authors unlike most American High School and College History and Political Science teachers and professors understood clearly the pernicious "enemies within" America that are hell bent to destroy the heavenly values of our Republic! The Crowd was PROFOUNDLY and enthusiastically responsive to their message and left the Conference ready to continue the Battle to STOP Obama-Progressive WAR to transform our Nation.

My fellow Americans we are at WAR & We must STOP Obama's BIG Government Army of DEATH! 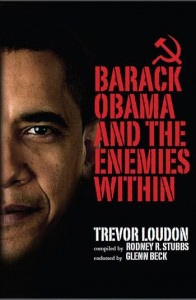 I'm off to bed knowing that tomorrow when I get up I will pray that God gives millions of Americans and me the wisdom and strength to continue in the Battle to turn our Republic around before it is too late. Semper Fi!