Jake Jacobs
To TEA or not to TEA? That is the question!

June 16, 2014
With Dave Brat's historic primary victory over one of the most powerful Republicans in Congress both Democrats and Republicans and the elite Media is scrambling on how to spin this so called "Tea Party" triumph. Ben Cunningham, president of the Nashville Tea Party declared, "It has been an amazing shot in the arm. Dave Brat stated tea party principles simply, articulately, unapologetically, and he got elected doing that. It's just a great inspiration for everybody." 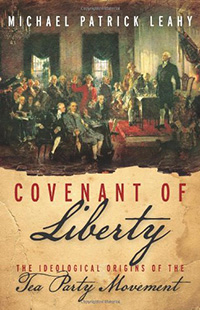 In contrast Dave Brat doesn't like being tagged a Tea Partyer, his dad says, "He doesn't like those labels," said Paul Brat, who's been watching his son shoot to the top of American political news with his stunning primary defeat Tuesday of House Majority Leader Eric Cantor. "He calls himself a Republican and runs on Republican principles."...

What words or "labels" do we use when describing a political philosophy and governmental worldview? The political phenomenon labeled "The Tea Party" is hated by the Left and has been given the ugly label "Tea Baggers." It is maligned and ridiculed by some on the Right as loony and "the fringe." It is true that every political movement has its fringe and loony elements but this populist citizens movement is much more than that!

As a "Constitutional republican" (emphasis on the small "r") I was intrigued by their movement when I heard them being attacked as "Brown shirts" or Nazis by Democrats and Progressives. On Tax Day, April 15, 2009 I went to watch their "Taxed Enough Already" rally in Appleton, Wisconsin. I didn't find Nazis but I did observe over one thousand energized citizens expressing their concerns that the Federal government was taxing, spending and expanding way too much. Know for my passion for Constitutional limited government I was spotted in the crowd and asked to come up to speak. I did. Ever since I have been traveling America speaking to thousands of American Patriots about the alarming explosion of the Federal government and the immediate need to rally the "Sons and daughters of Liberty" against the Federal government's intrusion into our lives.

Throughout my travels I have met many wonderful hard working Americans who are not "Baggers" "Nazis" or "Loony." On the contrary, I have experienced "a thinking citizens" movement where they adore the Constitution as understood in its original context. They articulate the worldview of Federalists like James Madison and John Jay and republicans (Anti-Federalists) like Thomas Jefferson, George Mason and Patrick Henry. These citizens repudiate big government Keynesian economics and are well read in the Chicago School of Economics and they are especially attuned to the Austrian School of Economics. They love F.A. Hayek's Road to Serfdom, Frederic Bastiat's The Law, Thomas Woods Who Killed The Constitution, Ayn Rand's Atlas Shrugged, the works of Thomas Sowell, and an a sundry of other lucid works on life and liberty.

They also understand the mind-set, worldview and the devious mode of operation of Lefty Big government advocates. They have read and understand the vile socialist philosophy of Barack Obama and Hillary Clinton's mentor Saul Alinky's Rules for Radicals and they are not fooled by the Elite Media's lies, biases and distortion of the truth and reality of corruption in Washington D.C.

We logically use labels all the time to communicate principles, philosophy, and ideas. Marx called his philosophy Scientific Socialism. Hitler labeled his National Socialism.

Our Founding Fathers used the label "democracy" as a derisive term describing a potential mob majority that would destroy life and liberty. Our founders love to use the term "republican" as an idea, a philosophy driven by principles of a limited Federal government with few, very few enumerated powers, separation of powers, rule of law, trusting in God, wise spending, reasonable taxes, local control, while stressing popular and State sovereignty.

President Thomas Jefferson's 1801 inaugural address deals with those who attacked his love of the label "republican." He stated, "But every difference of opinion in not a difference of principle. We have called by different names brethren of the same principle. We are all Republicans, we are all Federalists....I know, indeed, that some honest men fear that a republican government can not be strong....Let us, then, with courage and confidence pursue our own Federal and Republican principles... and representative government." The republican Thomas Jefferson then goes on to encourage Americans to fight against the bulwark of "anti-republican tendencies" and to defend liberty with "the vital principle of republics."

Our Founders used labels to convey ideas and principles as we do today. Liberty in 1776 was defined in relationship to independency from government. Today liberals have perverted that word to mean dependency on government, which ultimately leads to enslavement by government. The Tea Party movement understands that truth probably better than any political party in America today. That is why they are feared by Progressives and Liberals and dissed by the Republican establishment.

I prefer to call the Tea Party movement the Liberty Party because they have gone far beyond the 1773 symbolism of dumping Tea into the Boston Harbor. The Patriotic participants of this monumental movement come from all walks of American life, as they are the heart, mind, soul and the hands of authentic constitutional republican principles.

They are the personification of President Washington's 1789 inaugural words where he declared:

"The preservation of that sacred fire of liberty, and the destiny of the Republican model of Government...are justly considered as deeply, perhaps as finally staked, on the experiment entrusted to the hands of the American people."

Let us extend our hands to those whose hands are in the battle and who understand that the sacredness of life and liberty in our land is in jeopardy. Let us join with them in raising our Republics Flag high for all the world to see that Liberty will not die on our watch! 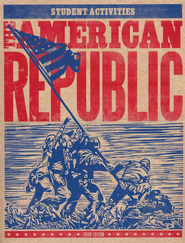