July 29, 2015
As the founder of the POLITICALLY INCORRECT INSTITUTE:The Traveling University, I had an attraction to the PIG series titled "Politically Incorrect Guide to" on a sundry of topics, from American History and The Founding Fathers to The Presidents and the Constitution. I have read a large number of them and find much in them to be informative, refreshing and not driven by the academic politcal correctness, that plagues many of our high school and college textbooks. However, with that being said, as with ALL materials utilized to enlighten our worldview, we need to learn to discern truth from lies, and we need to trust but verify the books we read, the seminars and conferences we attend, the speeches we hear, and the media we rely on.

My concern with the PIG's is their over emphasis on secession, hyper-libertarianism and southern culture, that distorts historical context, and exaggerates northern aggression and government oppression. Many of the PIG's are written by libertarians and anracho-capitalists with southern sympathies that present an imbalanced understanding of American History and or American Government. 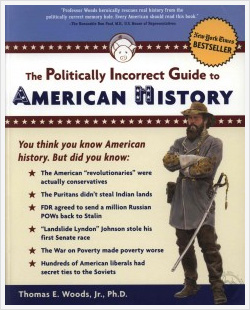 One alarming example is The Politically Incorrect Guide to American History by Thomas E. Woods, Jr.

Dr. Woods is an anarcho-capitalist whose Politically Incorrect Guide to American History features a Confederate General on the cover. In Woods PIG, he considers Abraham Lincoln to be a tyrant while he cherry picks from history to present a narrative that is a skewed understanding of the Civil War. One where secession is good, slavery is downplayed, economics is up-played, Confederates are heroes and Yankee's/Lincoln are demons. Woods paints a picture of the South that is imbalanced. It is not a coincidence that in the past Dr. Woods wrote for Southern Partisan, Southern Patriot, and white supremacist League of the South and speaks or writes on defending Confederate secession for the United Daughters of the Confederacy and other Confederate associations. He defends his "Southern" worldview by saying, "Hey look I'm from the North, therefore, I must be non-biased and truthful!" Geography does not determine accurate history. Truth IN historical context does and at times, Thomas Woods' perversion of historical context is deplorable to say the least.

Yes, while there are some points to be learned from these books, but some of them have a bizarre and creepy emphasize on secession and southern pride that is an affront to what being an America is all about in relationship to the 1776 life and liberty values we hold so dear.

While some of these PIGS present an imbalanced presentation of American History, at least they don't go as far as the bizarre writings of Lochlainn Seabrook.

Seabrook books are so blatantly Confederate sided, it's not only laughable, but sad to think many conservative Americans are being duped and brainwashed by his discombobulated drivel and balderdash. 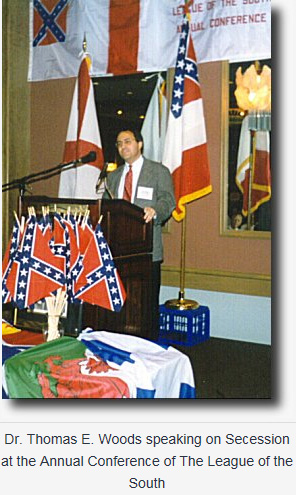 Seabrook who runs Sea Raven Press, worships Jefferson Davis, admires his racist worldview and even tries to convince people that Slavery was a good thing in the South, as he states in his book, Slavery 101.

Seabrook's hero is the racist murdering Confederate General and Grand Wizard of the KKK, Nathan Bedford Forrest. He has written a book on him and even made a movie glorifying him. Here are a few of his books to avoid like the plague, unless you want to know the mindset and worldview of the slave loving, racist Confederacy and the Neo-Confedertes who believe that Jim Crow crap.

Fellow liberty loving Patriots, read the PIGs with discernment. Verify their claims, by a proper historical-contextual study of our history. They are not ALL bad, and like I said, some of the material in them is informative and helpful. I even recommend them in my talks and books, BUT

trust but verify before you buy what they have to sell.....

To balance your US History reading out, let me enthusiastically recommend, Dr. Larry Schweikart's excellent work, A Patriot's History of the United States. In fact, in Larry's excellent book, on pages 349-352, a section titled, "Marxist Revisionists, Lost Cause Neo-Confederates" you will find an excellent assessment of extremists like Lochlainn Seabrook, and those like Thomas Woods, who while pulling out of that world, still carry some Neo-Confederate thinking into his works. 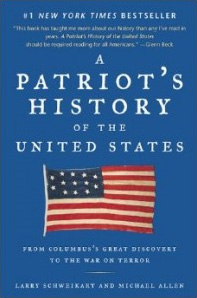 There is on PIG titled "The Politically Incorrect Guide to THE SOUTH(and Why It Will Rise Again) Can you imagine that?

The Southern Slave-State Confederacy was a rebellious attempt to preserve and advance Slavery!

How do we know that? Jefferson Davis, Alexander Stephens and the secession States tells us so in their speeches, writings and declarations on why the rebelled against the United States of America. Yes, there are wonderful people from the Southern part of America who are great Americans! But, to want the "Old-South" to rise again, with it's horrible Slavery and Jim Crow laws, is to not understand our glorious and righteous revolution of 1776, that declared to the world that ALL men are created FREE & EQUAL before God!

I don't want the North, the South, the East or the West to rise again!!!

Americans don't need geographical/political division in the land, we need:

E Pluribus Unum..."making ONE out of many," an American-ONENESS that works together, so that