Peter Lemiska
Is Kamala Harris in over her head? 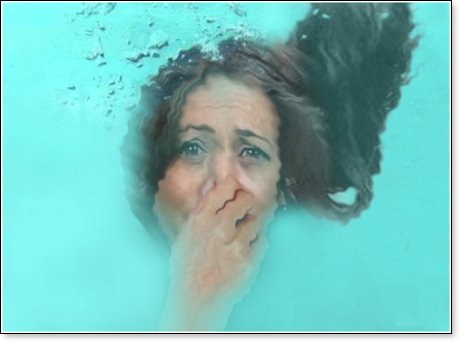 The vice president has come under widespread withering criticism following her recent disastrous interview with Lester Holt and that contrived expedition to Guatemala and Mexico to uncover the root causes of the border crisis. Taken with her occasional fits of pique and inappropriate nervous laughter, many are starting to think that Kamala Harris is in over her head.

How did she even get to where she is today? It was her extraordinarily good luck. As presidential nominees have done for the past 80 years, Joe Biden selected her as his running-mate, and then he went on to win the presidency. Actually, that second point will forever be debated, thanks to the Democrats unprecedented and unconstitutional last-minute changes to election laws.

It seems that even 80 years ago, Democrats were tinkering with our constitutional process. Prior to the 1940 election of Franklin D. Roosevelt, vice-presidential candidates were chosen by vote, as stipulated in our Constitution.

Anyway, Joe Biden was free to choose a running-mate from a vast field of qualified, experienced, and competent people. Again, it was lucky for Harris that Biden, like most Democrats, had become obsessed with identity politics, and limited his field to only women of color.

Harris failed presidential campaign had already told voters everything they wanted to know about her. They crushed her presidential hopes, at least temporarily, but left her with a valuable commodity  name recognition. After weeks of deliberation, and with no apparent consideration to accomplishments or qualifications, Biden found a candidate who met his lengthy list of prerequisites. She was a woman of color. And she had the added appeal of name recognition.

But now her awkward interview with Holt has left unnamed White House officials perplexed, and her trip to Guatemala and Mexico didnt help clear things up for them.

All of the controversy could have been avoided if Biden had simply selected a running mate more comfortable with deception and political spin – one who could have fielded Holts questions more adroitly, one who not only embraces Bidens empty rhetoric, but who is able to make it sound believable. There are so many Democrats who fit the bill. Take, for example, the ever plucky, always unflappable White House Press Secretary, Jen Psaki. Shes able to regurgitate meaningless Democratic talking points with utter sincerity. She could tell us that the moon is made of green cheese and sound convincing. Luckily for Kamala, Psaki only met one of Bidens criteria.

It doesnt matter if Kamala Harris never learns the finer points of Democratic doubletalk. And we dont need to worry about her personal woes. Consider them her dues for that eventual White House bid.

All Americans should be outraged, though, by the willful ignorance of Biden and Harris to those hordes of unscreened foreign nationals streaming across our border, and the hardened criminals, terrorists, gang-members, and drug dealers that come with them. We can only hope that the people will hold the Biden administration responsible for the misery and pain Americans will suffer because of it.