June 21, 2011
Patriots, I am heart-broken and extremely angry. TEA for Education, a non-profit, invited me to a viewing of the documentary "Waiting For Superman." Wow, talk about powerful. I realize many of you are familiar with this movie, but many are not. 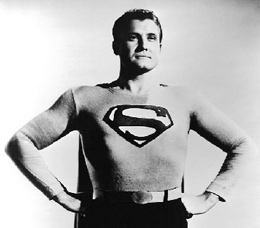 The movie exposes how America's public education system is about keeping the teachers unions fat and happy at the expense of our kids. The devastating affect on the lives of "real people," students, and their parents is infuriating.

Despite what libs would have you believe, we spend a ton of money, per child, on education. And yet, public school test scores continue to plummet. Your money is not going to teachers, it is going to bureaucrats and union dues. The Democrat party receives 90% of teachers unions political contributions.

The movie exposes "The Lemon Dance," a term used by education insiders. Every public school has bad (lemon) teachers. The teachers unions make it almost impossible to fire them. A frustrated principal, once a year, can send his lemon to another school. Hopefully, the new lemon another frustrated principal dumps on him will be a little better than what he had. Thus, The Lemon Dance.

Folks, as I said, the movie made me angry, but not with an anger that causes me to behave badly. I have a healthy righteous anger that inspires me to do something to encourage positive change. I could not wait to tell you about this extremely important and moving film.

For decades, liberals have been selling the myth that urban minority kids surrounded by drugs, poverty, gangs, and crime simply cannot learn. The typical liberal, so-called compassionate solution was to lobby for lower standards and not expect much out of them.

Any conservative who suggests giving minorities the respect and dignity of holding them to the same academic standards as whites is branded an insensitive racist.

"Waiting For Superman" knocks the liberal myth into the stratosphere that urban low-income minority students are doomed to failure. The film documents that given the proper expectation, attention, discipline, and good TEACHERS, low-income inner city minority students test higher than ALL students — including white kids in wealthy neighborhoods.

The national black student high school dropout rate is around 70%. In many New York City minority communities, only 17% of blacks graduate public high school. This is horrifically scandalous. http://bit.ly/k8uwfX

Meanwhile, the liberal media, NAACP, Jessie Jackson, and company are united in their mission to protect teachers unions. Why? The teachers unions are great financial contributors to the Democrats and are in complete solidarity with the left's socialist/progressive agenda.

Sometimes God gives us great gifts in ugly packages. I was devastated when Obama won the presidency. I knew he was wrong for America.

Today, I thank God for our most far-left, radical president in American history. Patriots have been passively submitting to political correctness and tolerating failed liberal policies for years.

Upon entering the Oval Office, Obama immediately began fulfilling his vow to "fundamentally transform America. "This was the liberal straw that broke the camel's back. Rather than throwing their televisions out of the window yelling, "I'm mad as hell and I'm not going to take it anymore," Americans began having tea parties. Thus, Obama birthed the Tea Party.

TEA For Education is a perfect example of which I speak. Unopposed for far too many years, the left has been indoctrinating our kids, focusing on "Heather Has Two Mommies" and "going green" while almost ignoring the teaching of reading, math, and science.

Also seen in the movie, I was shocked to learn how far down the list U.S. students are testing in reading, math, and science compared to the rest of the world. Truly disheartening.

And yet, our kids are well educated about how America and white males in particular are the greatest source of evil in the world. This is unacceptable and infuriating.

I would like to give a special "shout out" to TEA For Education Florida rep, Rhonda Lochiatto, and national rep, Beverly Elliott, for inviting me to the viewing. Patriots across America truly appreciate your efforts. God bless you both for your compassion and commitment to our kids.

Anger is not always a bad thing. As a matter of fact, certain things should make you angry — such as the injustice of extremely bright black and Hispanic students being trapped in failing schools because of selfish teachers unions.

The Bible says, "Be angry, but sin not."

Patriots, I pray that "Waiting For Superman" will inspire a righteous anger — not to behave badly, but to passionately seek to correct the left's horrific assault on our children.