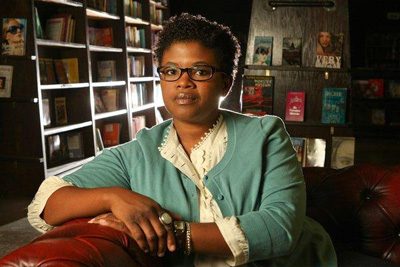 Attica Locke is another successful black woman who is an author-novelist and writer for the Fox drama Empire, who complains about the put-down of blacks by whites and stated on NPR that every Trump supporter is racist. That is a broad statement if there ever was one – double-entendre not intended. Meanwhile she lives in wealth with more privileges than most whites. Yep, she sure is mistreated.

This columnist takes her outrageous ramblings personally, and, according to lifenews.com, she suggested that it was the white people who put Trump over the top to barricade blacks from having any say in the election or their future.

When asked by NPR Morning Edition Anchor David Greene if African-Americans failed to turn out for Hillary Clinton, she snapped back: "God no! And I will daily stop that narrative! More white women showed for Donald Trump than showed up for Hillary. I wouldn't say that any way black folks under-performed. So I would say that white race races over-performed." How's that again?

And, of course, everyone who criticizes Obama in any way for his treasonous sellout of our country is racist and that is the reason we dislike him. Sure...but that one word gives an excuse for their failures.

However here is the latest woman to take up the torch of racism. And this woman is not a failure but very successful.

It appears that blacks can never be satisfied no matter how much success they attain and constantly seek a way to be 'offended.' Pity, considering the professional talent that so many of them possess. They do not need excuses.

Since I take this misguided woman's remarks personally, I will address the issue personally. I have been a friend of blacks all my life. In my younger years I worked with black children living in poverty in New York City to teach them performing arts skills and staged a public circus with them being performers. I worked in various settlement houses throughout the city.

For seven years I taught in the Warwick School for Boys upstate once a week, a reformatory, and had a hand in seeing lives totally turned around. Most of the inmates were black.

Have you seen the number of blacks in television commercials today? It is this columnist who made that happen.

Working as a writer in New York City for the weekly trade paper, Show Business, I took the editors' place while he was out of the office. A news release came in the mail which I opened. The letter was from the black actress Ernestine McClenden. She mentioned that no black actors or actresses could be seen in television commercials and went on to point out that black consumers were numerous and needed to be recognized.

It was good that I was at the editor's desk. That news released had been ignored by all trade publications. I did a compelling feature story on this issue, so compelling that things turned around immediately, first one or two blacks, then numerous black citizens were and are featured.

It is also to be noted that when I went to college in the early 2000's (yes, I started in later years) a question came up about the "race" box on applications, meaning, black, white, Hispanic or 'other.'

I suggested, just fill in the word, "human." Yes the only race is the human race. And that stuck and is recognized today.

I have been a constant friend of blacks and totally resent Ms. Locke's off-base assumptions. Indeed if she had any character at all, she would make a public apology and I mean it. Something else about me. I am colorblind...this means physically colorblind. So much so that I was rejected by the air force, and wound up in the army infantry instead. My wife pairs up my socks.

I only see shading. This morning I went to my new barber in the state where I now live. Following the cut, my wife asked what I thought about her orange hair. What? To me it looked simply bland. I could absolutely not see that her hair was orange.

So do not, ever lump all white people together as 'born' racists as blacks have viciously proclaimed. Yes, this made me mad.

Special message to Blacks: I see you all as beautiful talented people. There would be no race riots and division if we were left alone. We would all get along fine. But one man, George Soros, a billionaire communist who wants to cause division in this country by stirring up America, to weaken us, so we will not be able to fight with strength against the communist foes determined to knock us down and bring in Communist rule.

Soros has been irked that America is the ONLY country preventing a total One World Order under the red flag. And why is American the only country standing in its way? Because the majority of Americans are churchgoing Christians and a Christian cannot be mentally enslaved.

Do not be 'useful idiots,' as Stalin described those who could be manipulated to do his dirty work. So even though you are being paid to do this, you will only be considered idiots by George Soros, a disciple of Stalin. You are not only losing respect by taking part in the riots with chaos, violence and looting. but also, you are causing your own stereotypes.

To see an in-depth look at George Soros, see the story on my website: www.revaustinmiles.com. Here is the direct link to that informative story: http://revaustinmiles.com/index.php/more/1007

Please, whites and blacks, stop this madness. Let's meet each other on the streets and offer a handshake and greetings even if it is someone you do not know. Let this become a habit. I do this already. Will anyone fall in line behind me?