For decades, neuroscientists have recognized that the brain has three distinct systems. One is similar to that of primitive reptiles that were adept at survival strategies. Another includes the limbic system––often called the “seat of emotions.” The third includes the neocortex and prefrontal lobes (comprising the right and left hemispheres of the brain) that account for thinking, verbal abilities, and other “higher” functions.

My theory is that Terri’s putative husband Michael, his attorney George J. Felos, and Judge George Greer—who ruled for years against Terri’s right to life—have highly developed reptilian brains and prefrontal lobes, but that they are sorely lacking in anything resembling a normal limbic system. 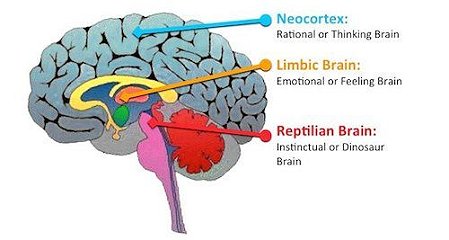 What exactly is the limbic system? Located just below the neocortex, it's the part of the brain that governs––among other emotions––affection, feelings, and most of all, empathy.

What is empathy? Simply, it is the ability to feel what others are feeling. It is not sympathy, which is feeling sorry for someone or for something that happened. Empathy, on the other hand, is the ability to put oneself in the place of another person and actually experience the feelings they are experiencing––be they joy, anxiety, fear or pain.

Persuasive research over the past several decades, conducted by the most prestigious science institutions both in America and abroad, has relied on PET and more recently fMRI scans (the “f” stands for functional) that visualize brain activity to demonstrate that structural and functional abnormalities in several brain regions (the limbic system, the amygdala, the hippocampus, etc.) account for a lack of empathy.

People who lack empathy are called sociopaths, a euphemistic version of what was once called psychopaths. Like all cold-blooded killers, they are literally incapable of feeling what another person feels. While they may be expert at affecting what amounts to a parody of normality and integrity, charm, and intellect, underneath their guises is a total inability to “feel your pain.”

CALLING A SPADE A SPADE

You can call it bad character, or you can say, as liberals and retro psychotherapists do, that the unfeeling person––like those who murdered nearly 3,000 innocent Americans on September 11, 2001––is a “victim” of his or her upbringing or circumstance.

I say that no matter the source of the behavior, people lacking the kind of empathy that allows them to kill without remorse––for instance, to starve a still basically healthy woman to death––are no different than other 21st century terrorists and deserve the same consequences: indictment, conviction, and imprisonment.

While antidepressant, anti-anxiety, and anti-psychotic drugs have successfully treated millions of people with biologically-driven mental illnesses––there is NO CURE for sociopaths!

Does this describe the likes of Michael Schiavo, Felos, and Greer? You decide.

From what I observed, all of them are reptilian in their icy coldness, and malevolent fakers when they use the “higher centers” of their brains to dissemble and pretend that they “feel” what they clearly don’t feel at all. 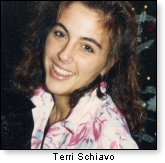 They all knew exactly what starvation would entail for Terri, who at the time of her court-ordered death sentence was for the most part vibrantly healthy, save for her limited mental function. A few horrifying symptoms they knew she would probably experience as she starved were:

And these merchants of death were also aware that the dehydration they ordered––depriving Terri of water––would entail: 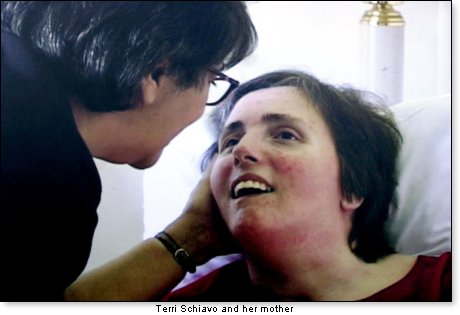 Ostensibly unmoved by her plight were a triumvirate of reptiles: Terri’s money-hungry husband had already collected a million dollars in a malpractice settlement of his claim that doctors failed to diagnose her so-called but still-undocumented bulimia, and he also stood to receive $1.2 million as the heir to the remainder of that judgment; his seemingly euthanasia-infatuated attorney; and the idealogue judge.

All of them were unmoved by Terri’s agonizingly slow death because they claimed she would have chosen that fate for herself. Never mind the absence of a signed Living Will or videotape of her wishes.

During the nearly two weeks that Terri suffered after her feeding tube was removed, empathic people throughout the world had a heightened awareness of their own hunger pangs and thirst, and appreciation of the merciful availability of the food and drink at their fingertips. But the reptiles didn’t.

Michael Schiavo––who had obviously been busy following the money––decided that the words “for better or worse, through sickness and health, ‘til death do us part” were inconvenient elements of the marital oath he swore before God and chose not to divorce Terri nor to seek an annulment of their marriage but opted instead for bigamy and fathered two children.

And the normal empathy that develops when people become parents didn’t appear to happen to Michael. Instead of “feeling” the pain that Terri’s parents experienced and identifying with their determination to care for their daughter “in sickness and in health,” he seemed to feel––as all reptiles do––nothing.

And in what federalist.com called “the final act of selfish cruelty, [he] arrived only minutes before her death [and] denied the request of her parents, Mary and Bob Schindler, to [be allowed to] remain with Terri for her final breath.”

A VOICE OF MORALITY 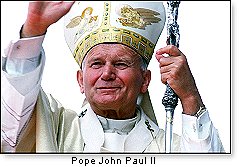 The website’s commentary went on to cite the words of Pope John Paul II, whose empathy for humanity and clear sense of morality provided stark contrast to the reptilian natures of Michael Schiavo and company. The Pope––on a feeding tube himself in his final days–– effectively declared his "living will" in a speech to doctors and ethicists, saying: “The administration of water and food, even when provided by artificial means, always represents a natural means of preserving life, not a medical act." He described the denial of such care as “euthanasia by omission."

As far back as 1950, Five Star General Omar Bradley stated what could be aptly applied to the Terri Schiavo case: "We have grasped the mystery of the atom and rejected the Sermon on the Mount.... [T]he world has achieved brilliance without conscience. Ours is a world of nuclear giants and ethical infants."

“What can we expect?” asks Christopher Flickinger in an article in www.therant.us. “For those citizens with handicaps or disabilities, you are forewarned—someone may have his eye on you. If you’re blind, deaf, mute, in a wheelchair, on crutches, use a walker or a cane, walk with a limp or have an appendage missing, you better mind your P’s and Q’s. One little slip-up, just one, and someone could deem your life unfit for living, take away your wheelchair, put you in a Hospice center and starve you to death. [The] excuse would be, “Well, they’re worthless shells of a human. Those cripples have been draining my pocketbook for years—all those ramps and elevators and special parking spots. Forget about legislation in order to fix Social Security. I’ll fix it myself by lightening our load.... With this new precedent of social Darwinism sweeping the nation, there’s no end to the possibilities. In a way, we’ll pick up where Hitler failed. Forget about a master race. We’re more interested in preserving the lives of those who can win the race. And as for everyone else, Pandora’s box is now wide open.”

In Schiavo’s case, criminal proceedings were due. According to Newsmax.com, Florida's Department of Children and Families received 89 allegations that Schiavo had abused his wife—but Judge Greer (surprise!) ruled that DCF summaries of those allegations must remain secret to everyone except (surprise!) Michael Schiavo himself.

It’s too late for Terri––and the millions of babies who were the victims of infanticide through abortion since her death––but it’s not too late for American citizens to take careful note of those elected officials––overwhelmingly liberals––who through their support of abortion and now euthanasia are responsible for what has become a “culture of death” in our country, and then boot them out of office or make sure they are never elected or reelected.