November 15, 2010
The Institute for Policy Studies (IPS), a Washington-based think tank, recently carried a favorable review of a book by Howard Zinn.

While the reviewer — IPS co-founder Marcus Raskin — designates Zinn "the people's historian," nowhere is it mentioned that the late Mr. Zinn was a member of the Communist Party. His lying take on "history" has poisoned the minds of children in schools from K-12 and in universities from coast-to-coast. (See this column "Howard Zinn: Communist Liar," Aug. 9, 2010, and "Is it safe to send your child to school?," Sept. 7, 2010.)

So what else is new?

In IPS's 47-year history, this far-left entity has offered up a potpourri of the historically shadowy Old Left and the noisier, in-your-face New Left, which emerged in the sixties.

Raskin and his IPS co-founder Richard Barnet were veterans of the early-months Kennedy administration. They soon bailed out because in their view JFK and his top advisors were lagging in what Raskin and Barnet saw as the ultimate imperative — disarmament (with or without Soviet reciprocity). The result was their formation of the IPS as a 501-c-3 — eligible for tax-exempt donations. (BTW — the year after these two veteran peaceniks left for lack of progress with U.S. disarmament, Soviet missiles were planted on the soil of Cuba — 90 miles offshore. Imagine President Kennedy trying to deal with the Soviets then from a position of weakness suggested by unilateral disarmament.)

It did not take long for the fledgling organization to attract adherents of both the "old" and "new" left. As David Horowitz would write, "In IPS's 'progressive' politics and bureaucratic style, the old left saw a mirror of its political past. And since the Communist Party was in a state of political decline, it was only natural that old-left stalwarts, faithful to the fifth column vision, would turn to the Institute for Policy Studies as a political base."

Thus, continued Horowitz, IPS "owed its continuing existence to the old-left diehards. And to three in particular, Peter and Cora Weiss, and to her father Samuel Rubin, a Communist Party member of the Stalin epoch, whose fortune provided IPS with its chief source of financial support."

Horowitz — "a red diaper baby" who had turned conservative — imparted that information in an introduction he penned to the 1987 book Covert Cadre: Inside the Institute for Policy Studies.

True to its origins

As the think tank grew, says Horowitz, it accommodated the new leftists "who returned to their political roots, as fifth columnists for totalitarians in power."

Moreover, the (ex-leftwing) writer added, in substance, the IPS "is defined by the covert agendas that shape its attitudes of unrelenting hostility toward the United States and solidarity with Soviet-backed regimes."

And after the Cold War?

The Institute for Policy Studies — in terms of those whom it welcomed and who were attracted to it — validated the reality that when the Soviet Empire fell, "those people [its adherents n the U.S.] did not just go away."

Covert Cadre, authored by S. Steven Powell, verifies later dossiers showing that while Ronald Reagan was trying to end the Cold War, IPS's headquarters — located not far from the White House — "quickly became a resource center for national reporters and a place [for] Soviet KGB agents from the nearby Soviet embassy to convene and strategize." One of the leading lights of IPS — Robert Borosage — "acknowledges that IPS serves as a mouthpiece for the Soviets."

IPS has made some of its office space available free of charge to the likes of Code Pink, a virulently anti-American organization whose leader Medea Benjamin — writes Horowitz — espouses causes that "are Communist in nature." Examples: She spoke at a rally for the Workers World Party, "a Communist organization." Benjamin is a pro-Castro activist who lived in Cuba for four years," according to Conservapedia.

IPS then and now

In his introduction to Powell's book, Mr. Horowitz wrote, "The Institute for policy Studies provides the institutional base for Saul Landau and his fellow radicals to play their role as 'secret agents.'"

In the same Horowitz article: "Saul Landau had begun his political life in the Communist movement and for nearly thirty years had been a collaborator and supporter of the Communist regime in Cuba." Landau is also quoted as declaring (with obvious approval), "The Soviet Union is the mother of revolutions everywhere."

The Soviet Union is gone, but again, "those people did not just go away." To this day, Saul Landau remains a Fellow at the Institute for Policy Studies.

Some of the older foundations listed here are troubling enough. Of special interest is the money poured into IPS by the ubiquitous George Soros, who controls the Tides foundation and the Open Society Institute. That Soros, a man with a messianic complex and disdain for American values, is using his (tax-exempt) largesse to fuel the IPS's long-standing anti-Americanism is beyond troubling. (See this column "Will George Soros rule America? — A left-wing conspiracy so vast," October 2, 2006.)

Chalk up one more reason for the new 112th Congress to revive the House Committee on Internal Security.

Will Congress confront the challenge?

As noted above, this column has been watching Soros for better than four years. The combination of his money and the agenda of the Institute for Policy Studies would be the perfect starting point for an investigation by a revived House Committee on Internal Security.

A mere perusal of the IPS record would lead to the justification for a congressional probe to determine if subversive activity is afoot, courtesy of tax-exempt dollars.

Soros's IPS benefactors, the OSI and Tides Foundation, would also be prospects for congressional inquiry.

Soros has trashed the currencies of Britain, Malaysia, Russia, and Georgia. In referring to that record, the man is on tape as saying, "I've had to experiment, and it's a learning process. The first thought was this subversive activity — disrupting repressive regimes — that was a lot of fun."

While what Mr. Soros did may have been "a lot of fun" for him, the people whose lives were ruined by his shenanigans can be presumed to have been less amused.

A House Committee on Internal Security would want to determine whether Mr. Soros — a man with lots of money and itching for "a lot of fun" — considers America a "repressive regime." Faced with the threat of hyper-inflation because of our huge debt plus the Fed's infusing hundreds of billions in paper money into the economy possibly in time for the 2012 campaign, it is a stretch of the imagination to assume that one with the Soros mindset, proclivities, and ambition does not intend to stir that pot to the fullest — to his advantage, not ours.

He has said the main obstacle to a "New World Order" (his words) is America; that what is needed is a managed or "orderly" decline of the U.S. dollar. 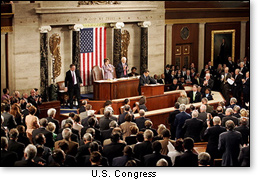 Mr. Soros thinks it is unfair that "only Americans have a vote in Congress, and yet it is the United States that basically determines policy for the world."

A revived House Committee on Internal Security would — in some ways — operate differently from its old days. There would be less of the "Are you now, or have you ever been...," etc. — though there might well be some of that. But the Communist Party per se is less relevant. Communist-like agendas and the money behind them are very much alive and threaten us in ways that are different from the old Communist fronts.

Someone who cavalierly speaks of "subversive activities" pours money into an established think tank with years-long links to both the Old and New Left.

Add to that a recent, somewhat ominous IPS commentary suggesting President Obama bypass the will of the new duly-elected Congress by issuing a series of (likely unconstitutional) executive orders.

In these anxious times, a new House committee indeed would have a lot on its plate.