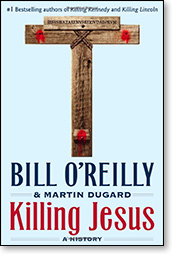 Having revealed many little-known facts in the assassinations of Abraham Lincoln and John F. Kennedy, commentator-columnist Bill O'Reilly and co-author Martin Dugard have undertaken their biggest challenge: the killing of Jesus of Nazareth.

"More daunting than either of our past two efforts," is how the authors describe "Killing Jesus: A History."

This time, the authors did not get any help from YouTube, which had been of considerable help when they wrote "Killing Kennedy: The End of Camelot." The authors watched footage of President Kennedy's speeches and his many public appearances, essential in ferreting out details and nuances in JFK's character. Newspaper accounts of the sniper killing of Kennedy in his Dallas motorcade were also available.

When the authors wrote "Killing Lincoln: The Shocking Assassination that Changed America Forever," there were fewer resources. YouTube wasn't around in President Lincoln's time nor, for that matter, was television. But there were many more newspapers than in Kennedy's time to convey details of the Lincoln assassination at Ford's Theatre in Washington.

For their rendering of the life and times of Jesus, the authors found that the Internet was a "treasure." Alas, on many sites, information was "contradictory" and "hearsay was often quoted as truth" or failed credibility tests when checked against other sources. Thus, Mr. O'Reilly and Mr. Dugard had to plunge into voluminous classical works, including the four Gospels. 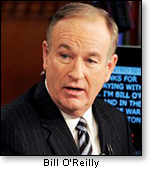 No doubt patience was required in wading through sometimes oddly constructed sentences, particularly in some of the lesser-known, centuries-old works. Nevertheless, the final product of research committed to this new telling of an old, old story bears the unmistakable easy-flow narrative familiar to viewers of "The O'Reilly Factor." Nevertheless, keeping a two-millennium-old murder drama "pithy" is difficult even for the TV host who uses that description as his program's watchword.

Nevertheless, this narrative moves right along, boiled down to its essentials – not easy given the huge cast of characters in what is billed as the true story of "the execution of the most influential man who ever lived."

One is struck by the total lack of respect for human life in that era, especially in that part of the ancient world. Had nuclear weapons been available then, one can only speculate whether any of us would be here today. Given the circumstances, one can see how Jesus' killing was inevitable.

He had made fools of the highest officials of a corrupt religious leadership when they tried to bait him on scriptural matters. That backfired on them every time. On two separate occasions, while witnessing the dishonest operations of the money changers in the temple, Jesus flipped over the tables, scattering the coins everywhere as he berated the greedy who charged confiscatory rates from the poor. He said prostitutes and tax collectors would enter the kingdom of heaven before the money changers would.

Here was a young man drawing a huge following because of the comforting words of his teachings. The miracles he performed – healing the sick and making whole those who were physically deformed – won him increasing followers. A powerful coalition of government and religious leaders became jealous and fearful of losing its influence from this upstart revolutionary.

So conscientious for pinpoint accuracy are the authors of "Killing Jesus" that they end up excluding some scriptural quotes that more modern scholars have questioned, and there are historical quotes they tweak. Examples:
Cleopatra, Herod the Great (a revolting figure who defined "evil" two millennia before Stalin, Mao, and Hitler), Pontius Pilate, and John the Baptist appear in these pages, adding subplots up to a compelling volume.