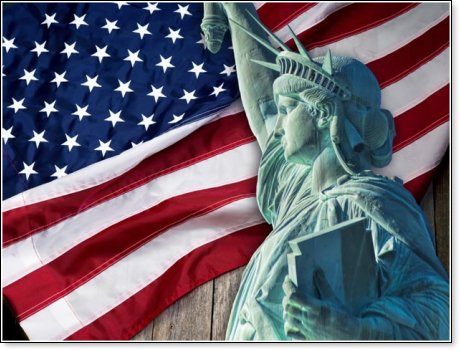 In his fascinating book Takedown: From Communists to Progressives, How the Left Has Sabotaged Family and Marriage, Paul Kengor introduces his readers to the English utopian-socialist Robert Owen. Owen was one of the first characters during the 19th century who helped lay the foundation for socialist dogma.

Kengor writes: "Robert Owen certainly left his collectivist's footprint. On July 4, 1826, as Thomas Jefferson and John Adams, the geniuses of the Declaration of Independence, both dramatically breathed their last gasps of life on the fiftieth anniversary of their eloquent achievement on behalf of life, liberty, and the pursuit of happiness, Robert Owen stood in front of his new ideological colony in New Harmony, Indiana, and delivered his 'Declaration of Mental Independence.' It was, in effect, an anti-Declaration of Independence, and somewhat a precursor of the Communist Manifesto. 'I now declare to you and to the world,' proclaimed Owen, 'that man up to this hour has been in all parts of the earth a slave to a trinity of the most monstrous evils that could be combined to inflict mental and physical evil upon the whole race.' What were the monstrosities? 'I refer to private property, absurd and irrational systems of religion, and marriage founded upon individual property, combined with some of these irrational systems of religion.' Property, religion, marriage – Robert Owen's unholy trinity."

While we celebrate Independence Day, it seems that with much of what we are witnessing across the country, Owen's so-called "Declaration of Mental Independence" would for many, if provided sufficient opportunity, supplant the principles of the Declaration of Independence. Owen would likely feel right at home with some of the agitators and radicals of the present.

"We hold these truths to be self-evident, that all men are created equal, that they are endowed by their Creator with certain unalienable rights, that among these are Life, Liberty, and the pursuit of Happiness."

Alan Keyes, a former ambassador during the Reagan years and currently a conservative political activist, pundit, and author, has masterfully argued that the Declaration of Independence has, in recent years, been seriously undermined and rejected. He says that this is because "it evokes the existence of God…the rule of reason that accepts man's dependence upon the prior determinations of God as the premise of understanding human nature and human liberty…the faithful logic that recognizes God as the source of wisdom that is indispensable if we are to appreciate the self-evident truths that establish human equality and God-endowed rights as the sine qua non of justice and true liberty."

Indeed, the Declaration does exactly what Keyes' claims, and the great principles of our nation's founding document are now being violently assaulted in the name of a socialist agenda by groups like Black Lives Matter and Antifa.

The Black Lives Matter website says that their organization wants to "disrupt" the "Western-prescribed nuclear family structure." The BLM website also includes phrases such as "comrade," "struggle" and "collective" – common language for those of the socialist/communist creed. In a 2015 video, BLM co-founder Patrisse Cullors and Alicia Garza, another co-founder, admitted that they are "trained Marxists."

Micah Clark, executive director of the American Family Association of Indiana, stated it well when he recently told OneNewsNow.com that BLM "is about revolution…. This is about destroying what America stands for…. They don't care about police brutality. They don't care about black lives, or they wouldn't support abortion, which disproportionately kills black babies. This is about the upheaval of American society.…"

Mark Bray, who is author of the book "Antifa: The Anti-fascist Handbook," and who defends the group, says that Antifa's "adherents are predominantly communists, socialists, and anarchists." Certainly, there isn't anything about these philosophies consistent with the American way.

Let's be clear: everything about Socialism is anti-Christian. It essentially enshrines the state above all powers. Thus, it seeks to stand in place of God. History shows that socialist concepts have long been at war with marriage and the family. Socialism has a reprehensible record on life and liberty, and is best known in the dozens of places it's been tried for its tyranny and oppression.

Furthermore, as Robert Knight, in an editorial for the Washington Times, once so eloquently stated, "Socialism is grand theft. It uses the state to take earnings from productive people and redistribute it to create dependency and thus political power for those handing it out." In other words, Socialism is at war with private property.

Isn't it ironic that these groups, which are defacing and pulling down statues of American historical figures because of their alleged associations, complicity, or actual support for slavery, are the same people who would have us embrace a government system that would enslave us all?

Carl A. Keyser in Freedom's Bounty says: "A government that manipulates the people's money and credit, that regulates and controls the people's wages and prices and rents and profits, that owns, or closely supervises numerous business activities, and that offers welfare programs from cradle to grave is a government that threatens to tax the citizenry to serfdom."

What Keyser described is at the heart of Socialism. And, of course, serfdom is simply slavery.

Do you follow? Socialism is at war with the Declaration of Independence. It repudiates everything for which it stands.

Long live the Declaration of Independence!