Marielena Stuart came out in 3rd place, ahead of George Lemieux, Adam Hasner and Craig Miller at the TEA Party Convention in Daytona Beach, in a Straw Poll conducted after the Senate Forum — where she energized the audience with her conservative message. TEA Party leaders are welcoming Marielena throughout Florida, as she continues her campaign to change the moral and fiscal environment in Washington DC.

The result of this Straw Poll is a testament to Marielena's strong conservative message — even though she just announced her candidacy in August. 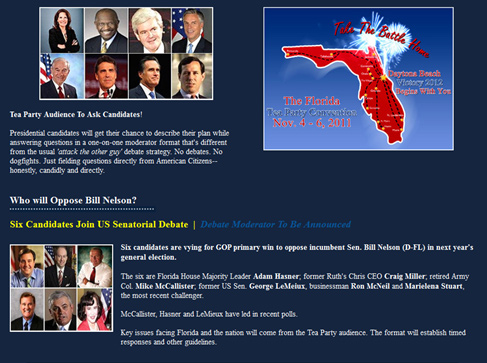