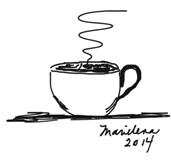 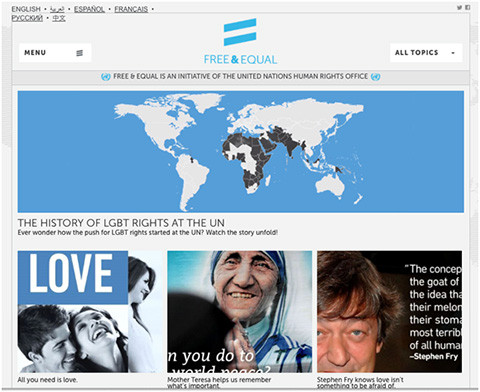 So you want to be a modern saint?

Here I am, having a pleasant quiet afternoon, listening to jazz and sipping my espresso, when my restless fingers led me to the computer keyboard – instead of the piano. And there it was, the unfortunate ignominy of Mother Teresa at the hands of the United Nations. Her image, front and center, on the Free & Equal website, for the U.N.'s LGBT "human rights" campaign.

In my recent article about the Vatican's compromised position with the United Nations, I presented official statements and documents outlining the ongoing social and legislative relationship between the Holy See and the U.N. This relationship was intensified when Francis put the last nail on the Vatican's legislative sarcophagus, by issuing his Motu Propio on July 11, 2013 on the Jurisdiction of Judicial Authorities of Vatican City State in Criminal Matters.

These are the "fruits" of the socialists in the Vatican. For more than 50 years, under the Second Vatican Council, they have allowed every nefarious act known to man to infest the halls of the Roman Curia – so now the administrators of the Vatican need the United Nations to run their household.

Meanwhile, a hypocritical drama is unfolding in the mainstream Catholic media which is misleading millions of Catholics all over the world into thinking that the modernist Vatican is a victim of the U.N. There's even a very magnanimous petition being circulated, asking people to help "defend the Vatican at the U.N." Personally, I would prefer a petition to help dismantle the U.N.

And what are the modernist Catholic "intellectuals" saying?

Do you hear a sound?

Shhhhhhh... we would not want to disrupt them. These pinnacles of erudition are too busy "making a difference." So I have no choice. I must interrupt my jazz recording, in order to denounce these acts of depravation in our Catholic midst.

Once again, unaware faithful Catholics find themselves at the center of another deceitful spin – when in fact, the Vatican has been collaborating with the United Nations socialist agenda for decades. This rather unpleasant and inconvenient reality is further augmented through what appears to be the Vatican's unprincipled indifference to, or support of, Mother Teresa's image and words being used by the United Nations Free & Equal homosexual campaign.

Imagine the message this sends to the supporters of Mother Teresa, who put the pedal to the metal – and sped her down the autobahn of modern beatification.

Oh, Marielena... Marielena, how can you possibly say this?

You see, beatification – like driving, requires patience, attention to details, and much discernment. But the Vatican's apparent laissez-faire attitude about Mother Teresa's image and words being used by the United Nations homosexual campaign, seems to be part of the relaxed, speedy and risky conditions on the road of modern sainthood – where politics and special interests can take a heavy toll.

For the benefit of my non-Catholic readers (some of whom, by now, may consider themselves fortunate to not be modern Catholic saints) the simplified sainthood process came into being in 1983, when John Paul II threw open the doors of the saint factory, thus bringing to fruition Paul VI's dream of declaring modern saints – away from the strict and principled gaze of the Promoter of the Faith (the Devil's Advocate).

Ah yes... becoming a saint in this modern world of ours can be a tricky proposition.

At one end of the rainbow, the Vatican wants to declare Mother Teresa a saint, subito!

At the other end of the rainbow, the United Nations has declared her "free and equal."


+++
Please click HERE for copyright terms and conditions, including important instructions if you wish to quote excerpts of this article.