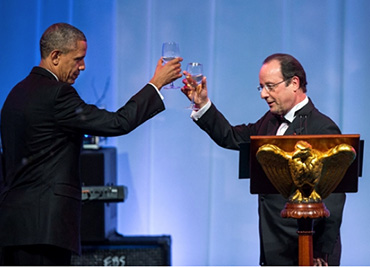 I remember the day I walked into a gourmet shop on Rue Cler in Paris' 7th arrondissement. The shop owner gave me a taste test of his finest caviar. And because life is nothing but one contrast after another, I chatted with him about growing up during Cuba's Stalinist period – and spending seven months eating garbanzo beans (which I do not touch to this day). My mother became an expert at preparing garbanzo beans in every possible way. Today she would put to shame the most creative chef at Noma, in Copenhagen – ranked the best restaurant in the world for its inventive cuisine.

While we were surviving on garbanzo beans, Fidel Castro was eating Russian caviar. Yes caviar – with his former eastern block comrades – and the usual repulsive entourage of European and Latin American socialists.

So I am not shocked by the White House State Dinner menu, which included Osetra caviar, the connoisseur's choice of caviar (current market price, approximately $60.00 per ounce for American Osetra). This prohibitive delicacy, the stuff of Kings, was served to the very socialist François Hollande – who has been rated as the worst president in France's history.

Let's take a look at the menu served to these self-declared martyrs of the proletariat: 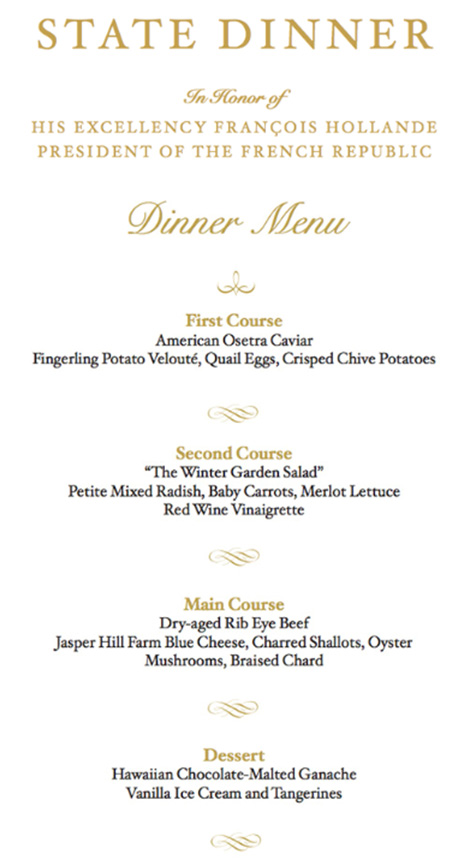 As someone who survived communism, I am dismayed by the socialist takeover of America – a country that I love. America is the country that saved my life from the horrors of Marxism.

But President Barack Obama, as a socialist, will continue to enjoy his exclusive caviar – while the national catastrophe continues, with staggering numbers of Americans on public assistance. This scenario is what defines a socialist state.

What are you having for dinner?

+++
Please click HERE for copyright terms and conditions, including important instructions, if you wish to quote excerpts of this article.