November 8, 2012
It is said the iconic songwriter George Gershwin's talent had reached such overwhelming proportions in the twenties and thirties that, along with popular acclaim and respect, he had generated deep envy amongst his peers. 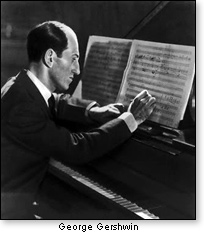 It is further reported that even Richard Rogers (himself no slouch as a composer) submitted to decades-long therapy specifically to blot out such deep-seated jealousy of his colleague (see Wednesday's Wall Street Journal — "I like a Gershwin Tune").

Our nation, founded on the premise that individual success is essential to the healthy economy that benefits millions as much as is possible in this world, is no longer identified with that ethos. There are several reasons for that. But one stands above all others, in this column's view: class hatred.

Jealousy on a massive scale is powerful — more powerful than most of us can imagine. If a Richard Rogers was motivated to invest time and money just to erase resentment against one man, try to imagine how much damage is done when a massive Pied Piper-style brand of hateful resentment comes into play.

This pot has been coming to a boil since Woodrow Wilson came to power, preaching class envy and declaring himself entitled to see to it that America's young boys become as little like their fathers as possible. Talk about presumptions of Godlike other-worldly powers. But he clearly wanted to "transform America," an ambition shared with another president re-elected exactly 100 years after the beginning of Wilson's first term.

Some eerie coincidences are noted: Barack Obama and Woodrow Wilson are the only two American presidents in history to receive fewer electoral votes for their second terms than for their first. Buyers' remorse in both cases, but not enough.

Not just at home

Mr. Wilson dragged us into a European conflagration to "make the world safe for democracy." We're still waiting. That war set the world on a course of rolling international disasters that continue to this day. 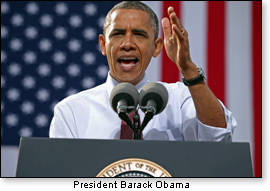 Mr. Obama's contempt for our traditions exceeds even Wilson's, given that after 100 years of this downward slide, the current president has a (New Deal, Fair Deal, Great Society) legacy with which to bring down this nation. His Marxist mindset is ripe for it. The foreign policy implications have served to encourage those around the world who hate us. Bowing to world potentates serves as one example.

Even more dangerously, Vladimir Putin must consider the USA easy prey when assured by our commander-in-chief that the ex-KGB agent will get what he wants on missile agreements as soon as President Obama's re-election provides his U.S. administration with "more flexibility."

One can imagine the delight with which Iran views that circumstance as it builds the capability to impose a nuclear holocaust on the world; or notes that we have the Benghazigate scandal which again spotlighted the president's fantasy world that there is no "war on terror." Alas, we are dangerously close to being "sitting ducks."

As we are reaping the poisoned fruit of 100 years (with some interruptions as in the twenties and eighties) of a mistaken mindset on domestic economic and foreign policy issues, one other factor is particularly worthy of mention:

You may recall that the flashpoint issue of illegal immigration emerged to the front burner in the eighties. That was when the Democrats were in total shock that Ronald Reagan had set the nation on a course that promised to undo big government. No way would they tolerate reversal of the path which they had cleared for us, starting with Wilson and later picked up in the thirties New Deal era. 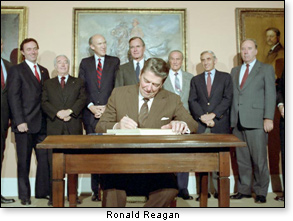 They decided this pro-Americanism would not stand. Partial solution? Import more Democrats. Import more people who arrive illegally with expectations of getting "more stuff" from the government. Over time, it is calculated they will outnumber millions who have arrived here legally seeking only more opportunity in a country whose positive outlook promised a happier life.

I have heard an adult person declare that demonstrations where the Mexican flag is waved and the American flag is burned were an encouraging sign of America's progress toward the next step in improved "civil rights."

What? So now we're to see a deliberate hostile invasion of our borders as akin to sit-ins at a drugstore counter by American citizens whose ancestors were brought here against their will for purposes of slavery? We are all God's children, but any nation has the basic right to choose whom it invites to its citizenship. That is basic. As Ronald Reagan said when he signed the first "amnesty for illegals," "A nation that can't control is borders is not a nation anymore." Our legal immigration system has a record of unparalleled compassion and generosity. We owe apologies to no one. No one.

We have tried to forecast some very distinct possibilities as to what lies ahead in Obama's second term (see our series 1 through 12 — "2012: America's last free election?"). Alas, even a twelve-part series was insufficient to list everything that can be expected. Herewith are just two remaining events for which we should prepare:

1 — One of Mr. Obama's urban advisers in the 2008 campaign was a man named Peter Dreier. If he gets his way, businesses wishing to move from city to suburb will be required to apply to federal authorities or federally-approved boards for "exit visas" before being allowed to relocate. (Can you fathom this in our United States of America?)

Stanley Kurtz, writing in Spreading the Wealth, quotes Sol Stern of the Manhattan Institute as defining that policy as "undisguised authoritarian socialism," and adds the next logical step would be to require city residents to apply for "exit visas" before moving their families to the suburbs. This is part of an Obama plan to destroy America's suburban lifestyle.

2 — President Obama's EPA has "put on hold" until after the election new regulations which, according to Senator James Inhofe (R-Oka.), "will inevitably result in the elimination of millions of jobs, drive up the price of gas at the pump even more, impose construction bans on local communities, and essentially shut down American oil, natural gas, and coal production." 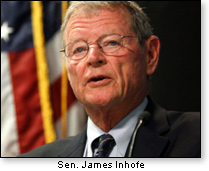 Senator Inhofe says the Senate report on EPA plans is "a wake-up call on the economic pain that the 'abusive' Obama EPA plans to inflict next year." The Oklahoman adds the delay, in itself, is in violation of the law. (Obey the law? Dear, dear! Such trifles with a regime already worthy of impeachment.)

By withholding this information, Mr. Obama has saved his job. As for your job? Hey, the man now has "flexibility."

From Wilson's professorial contempt to Obama's "You didn't build that," the class hatred seeds were planted generations ago. Again, we are not the country we used to be. Karl Marx, wherever he is, must be smiling. Half of "the cradle of capitalism" has bought into his vision of a society built on pure hatred of one's successful neighbor.

If you voted for Obama and find yourself at the short end of his "transformation" policies, many of your fellow Americans who voted otherwise may suggest that you choose not to cry on their shoulders.