Randy Engel
NICAEA - an inspiration epic movie in the making 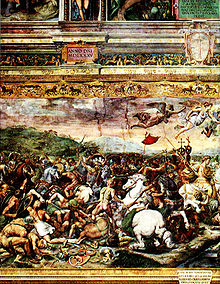 Following in the tradition of Mel Gibson's ground breaking masterpiece, The Passion of Christ, the film Nicaea promises to be the second in what I hope will be a growing trend in the cinematic presentations of the divine and human drama of the 2000 year history of the Roman Catholic Church.

The Executive Producer and brainchild behind Nicaea is Catholic layman Charles Parlato, a former hedge fund manager and currently, a private investor. One March morning in 1991, he awoke with the idea of capturing the Council of Nicaea (325 A.D.), one of the major turning points in the history of Christianity, on film. It's been a long and difficult road, but Parlato is on the threshold of success.

While most Christians are acquainted with the Nicene Creed, the profession of the Christian Faith held by the Roman Catholic Church and common also to all Eastern Churches and major Protestant Denominations, details surrounding the First Ecumenical Council of Nicaea and its importance in the life of Christianity are not generally well known by the layman, especially the pivotal role played by Emperor Constantine and the almost unimaginable cast of characters ever assembled under one roof for an ecclesiastical event which would define and affirm the basic tenets of Christianity forever.

From a historical perspective, the epic story of Nicaea is also the epic story of the life of Constantine, the Great. Indeed among the spectacular opening scenes is the famous Battle of Milvian Bridge on October 28, 312, at the gates of Rome, where Constantine's outnumbered troops, their shields bearing the emblem of Christ in whose name Constantine shall conquer, defeats the militarily superior army of Maxentius, one of Constantine's three major rivals, leading the way to the final victory and consolidation of the entire Roman empire under the young emperor's rule.

Emperor Constantine delivered the early Christian bishops, deacons, and laymen of the 4th century from the persecutions of Emperor Valerius Diocletianus, and opened the door to the spread of Christianity throughout the known world.

The Council of Nicaea

In attendance at the Council of Nicaea were more than 300 bishops from around the world, most of whom did not know each other, with their entourages of priests, deacons, theologians, secretaries and scribes. Among the bishops were many who had endured persecution for the Faith, and to whom many bowed before them to kiss their holy wounds.

Pope Sylvester I did not himself attend the Council, but he was represented by two legates, Vitus and Vincentius, and he later approved of the Council's decisions.

Although Constantine convened and open the Council, he did not participate in the debates and final voting of the assembled bishops. The emperor's main interest in the Council was the restoration of peace and unity among the Christian leadership particularly with regard to the threats posed by the Arian heresy which denied the divinity of Christ and the Triune God.

It was at the Council of Nicaea, that Saint Athanasius made his debut on the world stage as deacon secretary and theological advisor to Bishop Alexander of Alexandria, and hammer of the Arian heretics including Arius, presbyter and priest in Alexandria, Egypt.

The Lesson of Nicaea

In addition to a multitude of inspirational insights to encourage and inspire the Faithful in these difficult times, I hope the movie Nicaea will offer a sobering antidote to the oft held Pollyannaish myth that all was peace, light, love and tranquility in the early Church. Clearly, as Nicaea will demonstrate, this was not the case.

Indeed, after the Council, Athanasius would find himself going to war against Arius and his minions and turning the Roman Empire upside down over just one word "homoousios" – the one word that could not be understood to mean what the Arians meant. Perhaps, this post-conciliar era will inspire the producer of Nicaea to produce a sequel on the life and times of Saint Athanasius.

In the meantime, I hope every Renew America reader will take time to visit the website for Nicaea at www.nicaeathemovie.com and enjoy the short teaser trailer at http://www.youtube.com/watch?v=0OagoV8wLNg with its magnificent music, and to post a comment or word of encouragement to the men and women who have embarked on this great cinematographic adventure for the Glory of God and for his Holy Church. Hopefully, I will be able to continue to bring you updates and news features on Nicaea in the months ahead.

March 10, 2021
The McCarrick Report  After the dust has settled

January 8, 2021
America rising  The awakening of the sleeping giant

November 22, 2020
Join the international boycott of Hallmark at Christmas time and forever

October 23, 2020
The case against ABORTION CONSENSUS—The prolife movement at the crossroads

April 30, 2020
Knights of Columbus dump CruxWho picked up the slack?

April 29, 2020
Knights of Columbus dump CruxWho picked up the slack?

April 27, 2020
Knights of Columbus dump CruxWho picked up the slack?

April 22, 2020
Knights of Columbus dump CruxWho picked up the slack?

March 29, 2020
Hugh Moore and his pathogenic population control schemes[1], and why every Catholic needs to remember his name