Marielena Montesino de Stuart
If... "it's not Cut, Cap & Balance" then it doesn't solve the problem 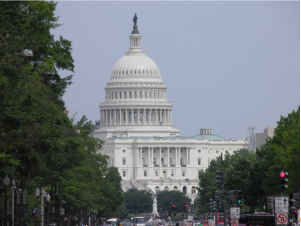 On Monday July 25 a new deal was announced by House Speaker John Boehner which sidesteps the core issues laid out under Cut, Cap & Balance.

So, what can we expect from the verbiage in this new deal from Speaker Boehner? — which has been described as "less than perfect" and "it's not Cut, Cap & Balance."

It appears that this new nebulous proposal puts tax increases off the table — that is, until next year, when the issue of raising taxes would be debated again. It adds trillions of dollars to our debt in the short-term and does not genuinely change Washington's spending habit. It appears to be a variation on the theme of the McConnell-Reid plan.

Meanwhile, a new "Super Congress" commission of 12 would deal with the issue of future deficit reduction and tax increases. There is no question that this new commission will include Democrats who are allergic to spending cuts — which puts Americans at risk of tax hikes.

But wait. Why do we need a "Super Congress" commission?

We already have a United States Congress — with all the legislative powers granted under Article I of the U.S. Constitution to bring about the changes that we need, right now, in order to stop government spending.

This "new deal" announced by Speaker Boehner also includes "argument and opportunity" for a Balanced Budget Amendment. Speaker Boehner's call for "argument and opportunity" means very little — since his new deal, as presented on July 25, does not appear to cap federal spending. It caps appropriated discretionary spending, which is 39% of the budget.

Americans must put pressure on their representatives, so that the Senate will vote on Cut, Cap & Balance, which was approved last week by the House — and insist on a Balanced Budget Amendment to the U.S. Constitution, which should be submitted to the states for ratification.

It is a logical conclusion that these temporary attempts — including the formation of a new commission with significant legislative power (as if we don't have enough commissions already) are just ways of "dealing" with the debt problem, instead of solving it. This approach will leave us with consequences that we may not be able to rectify in the future.

A debt default could come at some point — but not on August 2nd. If we default, it would be due to the massive bureaucratic system that the Obama administration is supporting — not to our creditors. President Obama may be trying to set up a "catastrophic" crisis, by using tax revenues for purposes other than debt service. This Socialist bureaucracy with abusive spending habits will overtake our growth and destroy our economy. There's little hope for job creation in an economic environment like this.

In the meantime, President Obama, who is looking for a crisis that he can blame on Republicans, may also be setting the stage for a government shut-down. If this happens, will he at least administer it in the manner least disruptive to Americans and the markets?

Senate Majority Leader, Harry Reid (D-Nevada) has another plan — which uses fuzzy math and gimmicks — like a $1 trillion disguise for fictitious spending cuts — by assuming the continuation of a ten year surge-level spending in Iraq and Afghanistan, in spite of the decrease that the President announced. The Committee on the Budget said: "An honest budget cannot claim to save taxpayers' dollars by cutting spending that was not requested and will not be spent. Senate Democrats are employing a budget gimmick that will not fool the credit markets and does not address the urgent need for Washington to get its fiscal house in order."

This latest plan presented by the Democrats is essentially political, rather than economic. Senator Reid's proposal does not include plans for a Balanced Budget Amendment. This is not a surprise — since Socialists do not believe in balancing the budget. They believe in a big government that runs on credit.

This is why Harry Reid rushed to table a debate on Cut, Cap & Balance in the Senate — ignoring its parliamentary legitimacy, as an Act passed by the House of Representatives — which, most importantly, reflected its overwhelming support by the American people.

Cut, Cap & Balance is what credit rating agencies see as a sensible solution — because it controls spending — and is the only plan so far that could save America's credit rating.

Otherwise, as far as S&P and Moody are concerned — they would simply be doing exactly what President Obama asked them to do in 2009 — that is, to stop overestimating the stability of financial institutions. President Obama has only himself to blame for his failed economic policies and worthless bail outs.

"The Social Security trust fund holds about $2.4 trillion in U.S. Treasury bonds, which its trustees are legally entitled to redeem whenever Social Security is running a current account deficit. Thus, if we reach the debt ceiling (which I continue to think is a remote prospect, even if less remote than it seemed a week ago), this is what will happen. The Social Security trust fund will go to Treasury and cash in some of its securities, using the proceeds to send checks to recipients. Each dollar of debt that is redeemed will lower the outstanding public debt by a dollar. That enables the Treasury to borrow another dollar, without violating the debt ceiling. The debt ceiling is not a prohibition on borrowing new money; it is a prohibition on increasing the total level of public indebtedness. If Social Security cashes in some of its bonds, the Treasury can borrow that same amount of money from someone else."

Americans must see through all the political maneuvering that is taking place in Washington. This is why we must insist on Cut, Cap & Balance, as the only viable solution for the current fiscal crisis.

A world view of the U.S. debt: If America falls — who will come to her rescue?

The Beijing affair: Part One