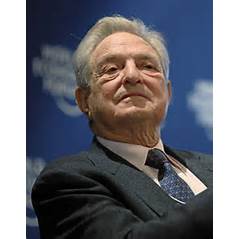 Has anyone had their curiosity sufficiently stimulated to examine why these knock-down-drag-out riots are taking place (now regularly), at Presidential Candidate Donald Trump's political campaigns, yet NOT happening at the meetings of the other candidates? Isn't this odd?

Instead of being appalled, the rival candidates are actually pleased with the riots, and state to all who will listen that they are caused by The Donald Himself, who brings them on by his hate speech and insulting rhetoric. Are they possibly coached? Democrat presidential candidate Bernie Sanders stated on TV that Donald Trump is actually inciting the riots, and Hillary echoed those accusations. No surprise here. They are the movement's Brown Shirts.

And we must question who will benefit from these riots which disrupt Trump's meetings to the extent that the Chicago rally had to be cancelled? And we are led to believe that these riots break out spontaneously and only at one Presidential campaign? Hmmmm.

So this means that Trumps' campaign riots break out the same as Hillary's "spontaneous" riots in Benghazi, causing the death of our Ambassador and others. Yep, that is what bumping gums are spewing out. So who is behind it?

Here is the individual who gains most to sabotage Donald Trumps' presidential run since, if Trump wins, his own empire will tumble off the wall, and all the king's horses and all the king's men will never put Soros back together again..

Yes, that individual is: George Soros and his boot-licking Communists whose job it is to destabilize the upcoming election, knock out all he sees as a threat to his own empire, and see that only the candidate of his choice is put into the Oval Office, which is how Obama got there.

Billionaire Soros has manipulated currency including the U.S. dollar, controlled the economy, the media which is of huge significance, as well as governments to help paddle him into the ocean of dictatorship of a One World Communist Order, a goal he has spent a lifetime to achieve. That is precisely what is now taking place.

Candidate Donald Trump with his boisterous sense of command along with the burning desire to turn our country back to its original goals as set forth by The Founding Fathers' would kick out the enemies of America along the way, destroying the Soros kingdom and the Communist Party itself. This is why Donald Trump is the target of a madman who is in panic mode.

Whenever public perception is "spontaneously" turned against an individual, like it is being unleashed toward Trump who has all the money he needs, has a solid secure place in the world, and is willing to put that all aside to get our country back on track at great sacrifice to himself, then it is up to intelligent people to question who and what is behind the stimulated hatred.

Obviously the ambitious evil leader of the coming New World Order, would feel desperately threatened by anyone so well placed, independant and who cannot be intimidated by anyone..

It is to be noted that the Ferguson riots, blacks against whites, Baltimore riots, and others around the country, to cause unrest in America, were organized and financed by Soros. We (editorial 'we') are the ones who checked the nicely printed protest signs at all of these protests, all alike, enlarged a photo of them and discovered in small print at the bottom of each sign, CPUSA-Communist Party USA.

I was in Cuba with the circus where I was the Ringmaster, at the time a revolution was brewing. Fidel Castro was determined to overthrow the president, Fulgencio Batista, and take over Cuba under Communist dictatorship, which he later did.

The Copacabana night club was bombed while I was in Cuba, killing several people. During our street parade, they bombed a shop on the parade route. Knowing this was coming, we wanted to see the circus engagement cancelled, which would be at the Palacio de los deportes.

However, the government, sponsoring it refused saying that if the American Circus was cancelled; it would verify that there was unrest in the country. So we had to perform at risk to our own lives for government propaganda. We had no choice. The performers were all nervous. I told them not to be. "Remember, there is an American Flag flying over this building. I don't think anyone would dare bomb this building under those circumstances." I was right.

A Cuban man talked to me one day, saying the he wanted to tell me some things. "If you were a Cuban I would not talk to you like this...because (the man made the sign of slitting his throat.) The people are very unhappy. A skilled worker like me, a bricklayer is only paid about 75 cents a day. We cannot live on that. We cannot feed our families. We are not happy."

"Your unhappiness in understandable" I responded, "but I must ask this: Why all the bombing killing innocent people.""Oh it is not us doing the bombing," he answered soberly. "It is the Communists who want to make trouble for everybody." The citizens there knew this as we do now.

And that is precisely what is happening in America today. Soros and his gang fear that Donald Trump would indeed thoroughly clean house.This is why they are determined to stop him by inflaming Americans (the very ones they wish to imprison), against Donald Trump. Don't fall for it. We should be smarter than that.

We as Americans MUST stay vigil and refuse to be manipulated come HELLary or high water....come to think of it, that part is already happening in Louisiana and California.