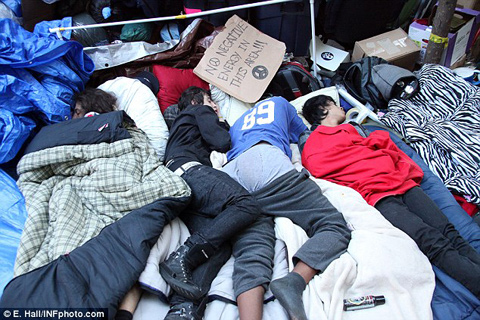 Amazing how relevant the opening to Dickens' "A Tale of Two Cities" is relative to present day America. It is indeed the best of times and the worst of times. Never has a time in our nation been so blessed with marvels and opportunities, yet so dysfunctional and discontent.

President Obama promised a "spring of hope," and led us into a darkening "winter of despair." We are right at the edge, the very precipice of national self-destruction, with subtle forces eager to offer a gentle nudge just strong enough to send us reeling into the abyss.

We are a "house divided against itself." One side with a chimerical view of America that never existed, bent on "change" that would mean returning America to an imaginary past. The other still holding to the principles that made America great — interested in reform rather than change.

One side working within the democratic system, the other undermining democracy while espousing a bizarro world version of democracy more akin to Bolshevism than American republicanism. Or perhaps the type of government French libertines' wanted when they cried out for Liberté, égalité, fraternité.

The current leftist "Occupy" movement seems more interested in disruptive invasions of private and public property. They prefer socialistic demonstrations of revolt, rather than patient change within the framework that has always insured that revolution is never necessary in a true democracy. They are like petulant children hunkered down arms akimbo, lips quivering, stubbornly refusing to come in from the rain.

The sort of child that sees coming in as an end to fun and immediate gratification instead of the shelter from misery prolonged exposure to the elements leads to. America has been such a shelter for millions of people seeking refuge from the stormy world outside her borders. Often a child cannot appreciate what has been provided for him until he has to leave it and fend for himself.

If you have a serviceable home, you don't raise it to the ground because you don't like the color of the walls in the kitchen. Socialism brings in the bulldozers — representational democracies buy paint and brushes.

This is the primary difference between the Occupy Wall Street protesters and The Tea Party. What is the Occupy crowd's endgame — how exactly is the justice they seek defined? How do they mean to reach that end?

It seems to be force, whether passive, by merely causing disruptions in peoples lives. Or violence as some amongst their ranks have suggested and implemented. But make no mistake their method of choice seems to be force.

Contrast that with the Tea Party. Tea Party rallies, no matter where they have been or who the organizers were, have always been orderly affairs. The movement forwarded a set of principles; adopted a platform based on those principles; and then found and supported candidates willing to represent those ideas.

Sometimes the candidates won and sometimes they lost, but those candidates who have been successful have had a profound effect on policy. That is how an American style democracy functions. You don't need bullets, Molotov cocktails, or drum circles — you need a plan and order.

So far what has marked the occupation protests? We have seen a lot of enthusiasm and sincerity. We have seen opportunism. There has been death, violence and rape. Filth and pestilence are on the rise — as are selfishness and hypocrisy, not to mention licentiousness.

What we have not seen is anyone offering solutions. We've seen no coordinated co-operations working towards anything other than keeping these neo-primitive colonies functioning.

There is nothing so far to indicate that we will see occupy supported candidates running for public office as we saw with the candidates that were a natural manifestation of the Tea Party. Not when the occupy movement's politics bear more in common with the politics of The Democratic People's Republic of Korea than it does the form of representational republicanism established by our Founders.

The Communist Manifesto ends with these words in the last paragraph:

"The Communists disdain to conceal their views and aims. They openly declare that their ends can be attained only by the forcible overthrow of all existing social conditions. Let the ruling classes tremble at a Communistic revolution. The proletarians have nothing to lose but their chains. They have a world to win."

This varies wildly from:

The Occupiers identify with the Marxist model. The reason Marxists rely on force is because they know they can never wrest power through political means because their ideas are rejected by rational thinking people not ruled by their passions.

The quandary for those of us who consider ourselves among the rational, is why do the socialists, and those who align themselves with the socialists, believe that what has failed everywhere else it has been tried, will succeed here? Socialism has never taken hold of a society without delivering with it, misery.

I take solace in the fact that old Abe's position, is affirmed by a much greater Authority:

When the righteous are in authority, the people rejoice: but when the wicked beareth rule, the people mourn. Proverbs 29:2

What seems to elude the Occupiers and what the Tea Party understands and embraces — is that the wicked are just one election cycle away from their most assured overthrow. It doesn't take a month of Sunday's worth of disrupting people's lives for the people's voices to be heard.

On the first day of the protest, everyone got the message that 'occupiers' think things are out of whack. The question is: how does stinking up the place, setting fires and spreading disease fix it?