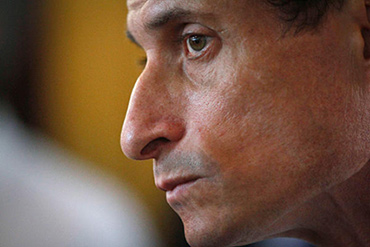 Judge not, that ye be not judged. Matthew 7:1

If there is one verse in the Holy Bible universally known by liberals, even if they have never cracked a Bible for themselves or ever set foot in a church, it is this verse.

That there is no more self-righteously judgmental creature in the entire universe than a modern day liberal is without any semblance of doubt an understatement. Yet liberals without the slightest embarrassment, bandy this oft-tortured little verse about as if they were themselves Matthew Henry.

Generally employed as a cudgel by the left to stifle any argument made on moral grounds – it has become a cliché completely unrelated to the point being made by Christ when He uttered it. At no point does the Jesus Christ revealed in the Holy Bible suggest that people are not to judge other people's negative or immoral behavior – yet that is what it has come to mean in the minds of the ignorant.

It is clear when one takes the time to read Matthew 7:1 in context, Christ is very clearly stating that one ought to be prepared to be judged by the same criteria one uses to judge others. If you yourself are guilty of the sin you are highlighting in someone else, you had better recognize the one finger you point at another has four fellows curled back pointing at you. The much neglected verse 2: "For with what judgment ye judge, ye shall be judged: and with what measure ye mete, it shall be measured to you again."

This is a warning against self-deception and hypocrisy, not a blanket condemnation of the act of judging! After all, Christ said we are to judge righteously and teaches that we are to reprove and correct each other when we err. One cannot reprove or correct until after it has been determined such measures are necessary – this is impossible to do without first making a judgment.

All that to lay the groundwork establishing the poignancy of this exchange caught on video:

The former teacher in the video makes an incredibly valid point. If you are seeking the office of Mayor, you are the Chief Executive of the municipality you oversee. If you are guilty of behavior grievous enough to cost you your position in Congress and you are later found to be engaging in the same behavior again while you are seeking the Chief Executive office of New York City, how do you then supervise an organization that would fire individuals guilty of your misbehavior in clear conscience?

A teacher working for the City of New York would most certainly be let go if found to be tweeting inappropriate images and messages. It would seem the moral thing to do would be to recuse oneself.

This does not mean Anthony Weiner should not be forgiven for his actions, or denied the right to make a living. However he should recognize there are consequences for inappropriate behavior – like not being suitable to serve in the authority he seeks.

We all sin and fall short, none of us is perfect, we all need forgiveness for something and sometimes those sins cost us what we desire. Sometimes those failings reveal we are in fact not the right man for certain jobs.

Anthony Weiner seems more interested in earthly power than humbly serving others, this is made abundantly clear by his decision to continue his campaign – I realize I am making a judgment, but Christ taught we can know a tree by the fruit it bears – some fruit good, some bitter. It is by such judgments we know in truth who a person serves.

"(For many walk, of whom I have told you often, and now tell you even weeping, that they are the enemies of the cross of Christ: Whose end is destruction, whose God is their belly, and whose glory is in their shame, who mind earthly things.)" Philippians 3:18,19