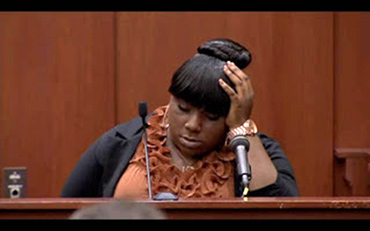 Meritocracy; few words gall the liberal mind more. Meritocracy is the lynchpin that keeps the wheel of capitalism rolling and this more than anything places liberalism eternally at odds with a meritorious outlook.

It is difficult to isolate social "victims" if you introduce the idea that they can advance according to their own energies. You cannot remain a victim in a meritorious society unless one gives up – then you are a quitter and not a victim.

Quitters feel much better about themselves when they are able to blame others, or circumstances for their failures, this makes them easily manipulated and exploited by oligarchies. What you therefore find is a warped idea of the nature of hope being fostered in leftist philosophy.

Merit as it pertains to human interaction is a decidedly Biblical concept, this is the reason you only find true freedom in nations that at least at one time or another embraced Christianity. The idea one should be rewarded for hard work is intrinsic to capitalism, and it is taught with regularity throughout the Holy Bible.

Which, when it was full, they drew to shore, and sat down, and gathered the good into vessels, but cast the bad away." Matthew 13:44-48

Christ begins each parable with "Again" to drive the point He is making home, He really wants us to get this. There are no fewer than twenty parables from Christ in the gospels alone dealing with work and wages, this does not include such lessons which may be found in the Old testament on the same principle, God seems very bullish on merit. You will also always find the element of sacrifice in all of the Biblical teaching on doing works deserving of meritorious recognition.

Make no mistake, one cannot earn ones own salvation, the "Hope" preached in the Holy Bible is completely detached from the world – we as Christians are not taught to ever put our hope in the character of men and their ability to do "good" or grant rights. The Founders of our nation understood this full well, and it was because of this basic truth they codified the fact that rights are unalienable and granted not by men but the universal Creator of men.

Hope in the Holy Bible is always attached to God not man, wealth, or politics, whether it be for salvation or earthly comfort: "Charge them that are rich in this world, that they be not highminded, nor trust in uncertain riches, but in the living God, who giveth us richly all things to enjoy;" I Timothy 6:17 It is our job while on earth to conduct ourselves in a way that is positive, industrious and sensible.

For the liberal leftist and the oligarch, this is anathema; they must be seen as the benevolent source of blessings – they must then always ensure a healthy supply of people willing to look to them to provide those blessings, the liberal left feeds on this.

We have been afforded a keen example of how the left cultivates, how they nurture the circumstances that perpetuate a steady supply of people looking to them for hope, in the unlikely form of Rachel Jeantel, the young woman at the center of the trial now being heard against George Zimmerman, who stands accused of murdering Trayvon Martin.

I am not taking a stand as to whether or not Zimmerman is guilty or innocent, nor am I taking a position on the character of Trayvon Martin, which may have played a roll in his untimely demise. This is instead a look at the ideology that makes it possible for far too many minority youths finding themselves in bad situations.

The tools most often used by leftist to cultivate their crop of perpetual victims are acquiescence and a fatalistic belief that one should be resigned to things being what they are. They teach that because of institutionalized racism, Black youth will always be looked down upon. So why not embrace what you are even if you have self-destructive qualities?

This is at the very core of multiculturalism, as long as you instill the idea it is not necessary to assimilate in a culture to survive, you will always have a core of people who will never thrive in a society which depends on certain norms being observed in order to climb socially. One of those norms is the ability to communicate effectively, ergo the ability to speak, read and write colloquial English in America is an important thing. So are good manners and vigilance regarding the company one keeps.

That is off course unless you have a talent that precludes you having to make a living via conventional means, such as rap music artist. Then you can conduct yourselves any way you wish, as long as what you create is commercially viable amongst a certain segment of society. It may be profitable, but then so is trafficking in drugs. Coarse behavior and language may indeed "Get you paid" that doesn't mean it is good for society or even for the beneficiaries when the deal goes down with finality.

The left has written books on the idea that so-called "Black English" is culturally acceptable, coining scientific terms like Ebonics to lend credence to their guff. There was a time when Immigrants worked fiendishly hard to erase every vestige of broken English from their tongues and the language of their children.

This does not mean you forget your native language or culture, but rather you recognize there was a reason you left the old country to come to the new in the first place – That you are at a distinct disadvantage in the new if you cannot effectively communicate, failing to learn to do so is a hindrance to advancement. Not recognizing this is madness, to deny its relevance and to advance the very idea of Black English as a viable alternative to Standard English in America is nothing short of evil!

And yet we find just that being done regularly by the left:

I can't help but remember a scene in the classic Sidney Poitier film, "To Sir With Love" where his cockney students found it remarkable that though "Sir" like them, had come from humble beginnings, he sounded so "Posh." Sir explains: "When I was your age, I used a patois, a kind of simple English... The point is: if you're prepared to work hard you can do almost anything. You can get any job you want. You can even change your speech if you want to."

"Wanting to" is the key; the key to wanting to is motivation. The killer of motivation is excuse making and a lowering of standards. Where is the motivation to change going to come from when you hear on TV and from your leaders that you are fine just where you are and it's the other guy's problem if he can't understand you or doesn't want to accept your mode of communication? This is how children think, not functioning adults.

All people like MSNBC host, Chris Hayes and so-called intellectuals like John McWhorter do with the kinds of analysis we see above, is sustain the idea in the minds of Black youth that they will always be looked down upon, that it is in fact useless to do things like improve your speech. Society is against them no matter what, so why bother?

In fact, the very idea of linguistic and behavioral assimilation becomes a negative in the Black community as anyone who grew up in a home with Black parents holding exacting ideas regarding proper manners, English and good diction can attest to. You will most surely be reminded on several occasions that you "Talk white" or "Act white" and may from time to time have to physically defend yourself for these perceived crimes against "Blackness."

So what you have is a permanent "Homegrown Immigrant" class within our society, one that keeps itself in place through conditioning and an ever shrinking number of self aware people amongst them seeking to get out. This is exactly what the left wants, a truism confirmed by the constant castigation of anyone who suggests ideas like school vouchers.

Leaving children in failing school systems without choice and excuse making for Miss Jeantel's poor language skills does her and the rest of our children a great disservice, it keeps them strangers in a their native land. It is also a part of a system that keeps the left furnished with a steady supply of Trayvons and Rachels empowered to stay blissfully ignorant and uninspired.

The rejection of meritocracy by the left is not merely a tool used to keep them relevant, and in positions of power, but it also speaks to an overall rejection of the primacy of God Himself and a rebellion against His tenets and right to judge us for our behavior. God taught so often about merit not just so we can live comfortably on earth, but to teach us that we are ultimately responsible for all the decisions we make, this includes what our reward will be come judgment day.

We will not be judged because He rejected us, but rather because we have rejected Him and the unmerited gift of grace He bestows on creatures that so often show our hatred towards Him when we spit on the sacrifice He made for us through His Son. Let's go back to Matthew 13 and see how Christ ends the parables on work and wages we began earlier, verses 49 & 50: "So shall it be at the end of the world: the angels shall come forth, and sever the wicked from among the just, And shall cast them into the furnace of fire: there shall be wailing and gnashing of teeth."

When we accept ideas in the Black community like "Black English" we are separating ourselves from society just as the wicked separate themselves when they reject the precepts of God and His sacrifice uswards. It is plain dealing rebellion for which only the rebel is responsible.