Hassan Nurullah
The tyranny of lies 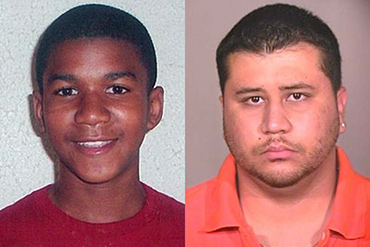 Mark Twain said: "It's easier to fool people than to convince them that they have been fooled." I don't think I have ever seen a more striking example of the truth of that old saw than the Zimmerman/Martin case.

It took only the merest manipulation of the 911 call George Zimmerman made to the Stanford police on the tragic day of Trayvon Martin's demise to make it appear as if race was the motivation. A lie brought this horrible death to the nation's attention and stoked the flames of racial tension and hatred.

Doctoring the call and creating a false racial narrative was indeed enough to garner a comment from the President on the matter and bring the gruesome weight of politics into an already tragic event. It doesn't matter the intentional editing of the 911 call which lead to the cries of racism quietly meant jobs were rightfully lost at NBC – It is not the least bit important to the people who were manipulated that they were in fact manipulated – the narrative is all that maters.

It wasn't until after the die was cast by NBC they learned to their chagrin, not only was George Zimmerman in fact a self identified Hispanic but a registered Democrat to boot, heads were audibly heard exploding at 30 Rock. This would have undone their narrative if it were made widely known – but once the lie is told, as I mentioned earlier, it is nigh impossible to unseat in the minds of those it was meant to enflame. Not when you need so desperately to believe your people are still suffering in the Antebellum South.

People are so intrinsically vested in ideas like victimhood, distrust and racial identity that the truth is completely irrelevant. The fact NBC was forced to fire the folks responsible for the malicious manipulation of the Zimmerman 911 call seems not to matter to those who would sow the bitter seeds of racial cynicism in America. Firing those who lied at NBC through their actions meant what they did was wrong! And the wrong they did was crafting Zimmerman a racist.

Subtly changing the truth to make it appear as if someone said something they did not is one of the enemy of mankind's greatest weapon of division, first recorded in the Garden of Eden when he subtly changed the very words of God to entice Adam to sin. The action divided man from God, it's a shame it still works so effectively.

NBC was no less adroit, they turned a man who has mentored young black kids, welcomed them into his home, raised money for their churches, sharing his time and treasure, a man who was described as the first person to welcome black neighbors into the community (Even before other black folks did so, according to testimony).

A man that spent his own time and money to create and distribute pamphlets in Stanford when a black homeless man was savagely beaten by the white son of a police officer on the Stanford police force. His actions on the homeless man's behalf lead to the exposure of real malfeasance and the forced retirement of the town's police chief. Yet we are made to believe this same person was a bitter racist who killed Trayvon Martin in cold blood for no reason other than his race.

You don't need chains, fire hoses, attack dogs and the hangman's noose to keep people perpetual, self-paralyzing victims. Not when you can employ a more passive aggressive form of tyranny – the left today creates shackles in the minds of black folks by continuously affirming the idea we can never depend on justice.

Due to this conditioning, the only concept of justice that would have satisfied far too many black folks and a good measure of emotionally driven whites in this country, would have been a conviction for the state against George Zimmerman. Doesn't matter what the evidence suggests, any other outcome ratifies the belief the system is unjust.

Though no one has access to what really happened on that dread occasion when Martin lost his life save Zimmerman and God, you still have black folks saying idiotic things like it's "open season on young black men in Florida." They make such statements as if young black guys' shot by young white guys is normative in gated communities all over the "Sunshine State" and the rest of the nation.

The reality is the Zimmerman case serves as a medium to absolve the black community of what IS normative – the very real open season on young black men at the hands of other young black men. The left keeps you focused on the aberrant, while you ignore the normative, because it is the normative that keeps the left and the media in business.

As long as the left can keep you from recognizing it is not the white man or injustice that is responsible for most of the numberless killings of black folks in America, as long as you see yourself as a victim, you will be a victim. The only true tyrant responsible is you!

At what point do we shake off the yoke of apathy and both spiritual and temporal immaturity that keeps us blaming others for our own shortcomings? When will we wake up to the fact it's not the George Zimmermans that constitute the greatest threat to black folk? Even if they happened to be card-carrying members of the Aryan Nation, they are not the ones wreaking havoc in our communities and decimating our population that would be us!

"And ye shall know the truth, and the truth shall make you free." John 8:32

The truth can and will make one free – but first you have to know it! In order to know it, the truth must be important enough for you to want to apprehend it. As long as you make judgments and base what you believe according to what your heart wants to believe as engineered by those you allow to manipulate your emotions, you will never be able to "Judge not according to appearance, but judge a righteous judgment"

This is why God says: "The heart is deceitful above all things, and desperately wicked: who can know it?" Jeremiah 17:9 No one knows this more than mankind's enemy and so he uses our emotions more than anything else to divide and conquer, just as he did at the beginning in the Garden.

I don't know whether Martin was murdered, or if he was the aggressor and Zimmerman acted in self-defense – none of us do. I do know the black community I count myself a member of needs to save some tears for the Trayvons that die at the hands of other Trayvons every single day! We need to acknowledge what is the far greater problem and it's not white on black murder.

Our sons need to learn it's not a matter of being more vigilant in white areas as not to be profiled and shot for no other reason than being caught black in a white area. Rather be vigilant period, because the odds are far greater they will come to harm at the hands of someone who looks like them!

Rightly or wrongly, it was a lot easier for the jury to believe Trayvon could have been the aggressor and therefore justifiably killed in self-defense from the track record he created himself, he composed the lawless narrative publicized by the defense. He may have truly been a victim of Zimmerman's vigilante overzealousness – but only those vested in racial identity above reason deny the fact Trayvon had demonstrated dubious character and it worked against his memory.

"Knowing this, that the law is not made for a righteous man, but for the lawless and disobedient, for the ungodly and for sinners, for unholy and profane, for murderers of fathers and murderers of mothers, for manslayers," I Timothy 1:9

"Abstain from all appearance of evil." I Thessalonians 5:22

Teach those principles to our youth, not that they can never expect justice! If you walk uprightly, even if unjustly harmed, no shame can be spoken of you, the shame can only alight on those who falsely accuse you! If Zimmerman was indeed guilty and got away with murder, God will see to that, make no mistake.