Is there a nobler word?

Haven't we all at some point stood back, chest expanded, beaming at the fruits of our labors with contented satisfaction and a sense of accomplishment? "Today I have made progress." Man has always celebrated the relentless effort to improve, to advance. 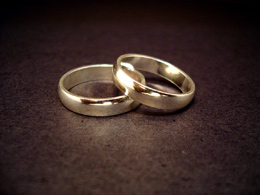 For the Roman Emperor Hadrian, the decisive Battle of Beitar, sounding the end of the Jewish rebellion and Hadrian's subsequent renaming of Israel to Palestine, meant progress. So progressive were those actions taken in 136 AD, we didn't see the nation again called Israel for some 1800 years.

Likewise, when Adolf Hitler requested a situation report from his subordinates regarding his "Jewish problem," they were able to report to him with confidence, "Mein Führer, we are making progress." History augurs for progress being in the eye of the beholder – one man's progress can be another's tragic, even deadly set back.

"There is a way which seemeth right unto a man, but the end thereof are the ways of death." Proverbs 14:12

Social "progress" is rarely benign. Especially when it springs from man's ideas of right and wrong. This is why a morality derived form a source greater than man is capable of is necessary when plotting a society's course.

We know the Founders of our great nation understood this principle; it is the very reason why the United States of America has always been self-correcting. It was the basis for the institution of slavery for example ending after centuries of its practice in the Americas in such a relatively short time following the birth of our country.

God condemned slavery when He said, "Thou shalt not kill, steal and covet."

These are unavoidable activities when one participates in the trafficking of human beings. God also in no uncertain terms condemns slave traders.

The surest way to spot an unbelieving Bible scholar is by finding one who uses the ordinances imposed on the rebellious Israelites regarding slavery to suggest the God of the Holy Bible advocates for the institution. You have to recognize you can't condemn slavers without also condemning slavery.

When people study and understand the precepts of God in their entirety, you cannot argue for slavery with legitimacy from a biblical perspective. That is why so many of the Founders made statements like:

"That men should pray and fight for their own freedom and yet keep others in slavery is certainly acting a very inconsistent as well as unjust and perhaps impious part." – John Jay

"Domestic slavery is repugnant to the principles of Christianity... It is rebellion against the authority of a common Father. It is a practical denial of the extent and efficacy of the death of a common Savior. It is an usurpation of the prerogative of the great Sovereign of the universe who has solemnly claimed an exclusive property in the souls of men." – Benjamin Rush

This is the only conclusion drawn when you take in the breadth of the Holy Bible and the gospel message – and why it is when Americans return to Biblical truths, we get things inevitably right. It's when we ignore those tenets we elect bad people and disastrous policy ensues.

The Democrats, the left in general, have co-opted the term "progressive" to brand their ideas and the course they would set for our nation. They've been frightfully successful at framing their ideology in a progressive light, due mostly to their allegiance with popular media. It doesn't matter that everywhere their ideology rules, you find unprecedented failure in every measurable sense.

In the upcoming week, the nation's highest court will be hearing arguments for and against the preservation of the biblical/traditional definition of marriage. We therefore once more find ourselves standing at a moral precipice – will we stand with God? Or will we do what seems right to man and perpetuate spiritual bondage after having abandoned subjecting our fellows to physical slavery?

Notwithstanding the fact that the overwhelming majority of states after putting this issue to a popular vote have upheld the traditional definition of marriage, the unremitting left has sold many on the idea that holding such views will place you on the wrong side of history. They make these arguments with little patience for history actually playing out. Hence a drive for a federal solution decided in the courts, rather than leaving it to the will of the people.

I suppose the very idea of government of the people, by the people, and for the people not perishing from the earth has itself ceased to be progressive. I have no problem ceding the term "progressive' to the left, I've never appreciated adopting terms too often nebulously defined.

I think the right needs to coin and perpetuate its own conceptual brand to describe our philosophy, our worldview. I vote for the term "realist"! Let us who hold to Christian/Conservative/Republican ideology refer to ourselves as the "realist wing" of political discourse – How do you counter reality with any semblance of legitimacy?

I know from a realist's point of view, following God always leads to being on the right side of history.