October 19, 2009
Before we even start this series, let's get one myth out of the way: Ronald Reagan did not "end communism." What Ronald Reagan did was to bring down the Soviet Empire. For that he is always to be honored and in this column's view, he was by far our best president of the 20th century. 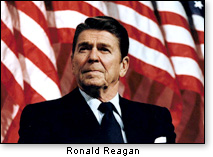 But "ending communism"  a claim voiced even by some of his most ardent supporters  is not what the Gipper did and was not what he claimed to do. From the get-go, Reagan entered the White House January 20, 1981, with the specific goal in mind of bringing down the Soviet Union and its "evil empire." That is what he intended to do. He succeeded. In so doing, he freed millions who had lived under the boot of Soviet-directed communism, and ended the Soviets' steady march toward world domination.

One can only guess how many lives were saved because of President Reagan's policy of defeating the Soviet Union "without firing a shot" (to quote Margaret Thatcher). But "defeating communism"? That is not something that was possible in any one president's eight-year tenure, even one as determined as President Reagan. He himself understood it would take more than one administration to stamp out all the threats of the evil envisioned by Karl Marx in 1848. One has only to visit classroom lectures in 95-98% of America's universities to understand that.

Communism per se is alive and well, and not just in the theories espoused in the cloistered halls of academia. Several Communist countries remain  having outlasted their original Soviet sponsors. China, Cuba, and North Korea  for example  are plotting night and day to arm radical terrorists throughout the world, hopefully someday to use nuclear power's potential for unspeakable destruction to blackmail the United States.

Castro's Cuba has an ally in Hugo Chavez of Venezuela who has made moves to cooperate with an Iran whose nuclear ambitions lead to the concern that the U.S. will end up with enemy nukes right here in this hemisphere. 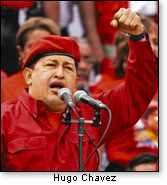 In fact, Venezuela has made trade deals with China in the billions. Our national security officials have been warned by the head of the U.S. Southern Command that China's progressing interest in the region is "an emerging dynamic that cannot be ignored."

Some have argued that the Soviet threat has been replaced by the barbarity of Islamofascism. Actually, the two have collaborated.

Here is yet another timely example of such collaboration on the part of those forces that aim for our destruction:

Communist China has transferred prohibited weapons to our enemies, including Iran and North Korea, both of which are advancing their nuclear capabilities. Iran was recently discovered to have built an underground nuclear facility.

(That raises some questions about the dead-wrong intelligence "estimate" of 2007 wherein we were effectively warned away from strong suspicions about Iran and its nukes. So who messed up? Where is the accountability?)

The four worst mass murderers in history are Joseph Stalin, Mao Tse-tung, Adolph Hitler, and Pol Pot  all of them in the 20th century, all of them influenced by some form of ultra hard-line "socialism" (bear in mind that the official name of Hitler's Nazi Party was the National Socialist German Workers Party).

One of those four mass murderers is honored today near the fulcrum of power in the U.S. Anita Dunn  a top functionary in the Obama White House has named Mao Tse-tung as one of the famous people she most admires.

But the issue transcends ideological wet kisses delivered by any White House groupies, even those who remain enthralled beyond the teeny-bopper stage. The reason we cite it is that it is but one illustration of the difficulty in getting the highest ranking sectors of our leadership to acknowledge the very threat of 21st century communism. That is a big part of the problem. It isn't just President Obama's own Marxist background. It is a thinking that permeates his entire administration: Communism (mass murders or not) is not all that bad. Needless to say, that attitude stands as a huge impediment to dealing with the problem.

On Capitol Hill, no one has done a more thorough study of the threat from China than Senator James Inhofe. In April of 2005, the Oklahoma Republican delivered a series of speeches nailing Communist China as a major threat to freedom. This column has been assured by the senator's staff that his research at that time remains applicable today.

Senator Inhofe told his colleagues that "China's spreading global influence and the imminent threat this poses to our national security" has put America on "a collision course...economically, militarily, and ideologically."

Much of the information the senator laid out was  by his own acknowledgement  "not new."

He himself did not say this, but we will: It is not new because our "watchdog media" and many high-ranking decision-makers of both parties either look the other way or cover it up. (Ah! All that money from doing business with the Chinese keeps the good times rolling, so let's continue whistling past the graveyard.)

Senator Inhofe cited the Cox Report, a 1999 document resulting from closed-door hearings by a House committee headed by then-Rep. Christopher Cox of California. The committee report  signed by every one of its Democrats and Republicans  pinpointed a massive spy operation in which China has stolen U.S. nuclear secrets  including the W-88 warhead  "the crown jewel of our nuclear program which allowed up to 10 warheads to be attached to the same missile." 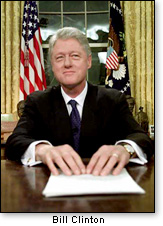 The Clinton administration gave the green light for Loral Space and Hughes Electronics to improve the precision and reliability of China's satellites and missiles, undoing 50 years of technology import-export restrictions. This gave China the ability to target  with pinpoint accuracy  between 13 and 18 U.S. cities.

"China's assistance to weapons of mass destruction-related programs in countries of concern [i.e., Iran, North Korea, and others] continues, despite repeated promises to end such activities and the repeated imposition of U.S. sanctions," according to a report by the congressionally-created U.S. China Security Economic Review Commission (USCSERC).

Senator Inhofe believes that China's supplying of Iran with weapons technology "is similar to the role the Soviet Union played in the Cuban missile crisis. It's probably worse, because at least in Cuba, the USSR maintained control of the weapons and technology. On the other hand, China is fully willing to proliferate regardless of the consequences."

In turn, China has signed oil/gas deals in the tens of billions with Iran, from whom it receives a large percentage of its oil imports.

In fact, Mr. Inhofe has said that "China's alarming need for oil has caused it to look around for new sources, sources that are often problematic states with security concerns for the United States."

Small wonder that China has repeatedly moved to undermine international efforts to curb the nuclear ambitions of oil-rich terrorist states and states that harbor terrorists.

What does China want?

"One of Beijing's stated goals is to reduce what it considers U.S. superpower dominance in favor of a multipolar global power structure in which China attains superpower status on par with the United States."

There are those who believe the commission  in an understandable desire not to be seen as alarmist or as overstating the issue  is holding back suspicions that China may be aiming ultimately for a higher target  world domination, with the U.S. currently seen as standing in the way. In fact, China's People's Liberation Army (PLA) has described the U.S. as "the main enemy."

There is more, much more, and this huge issue  the 21st century communist threat, when acting on its own or collaborating with the Islamofascist terrorist nations (or  for all we know  non-nation terrorist groups)  will be further explored in this space in the future.