January 25, 2010
The U.S. Supreme Court struck a huge blow for freedom by effectively saying to the jack boots, "You will not shut-up those who dissent from your perceived wisdom." 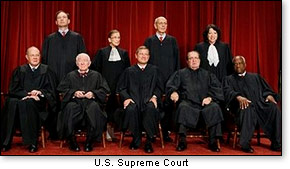 The voters of Massachusetts also struck a huge blow for liberty when they sent Scott Brown to the United States Senate to provide the GOP's 41st vote against the power-mad Marxists at 1600 Pennsylvania Avenue.

Freedom has won two battles in this glorious week but — the war rages on. In both cases, battles in that war lie ahead.

Momentarily, we can take some pleasure in the sputtering fits of rage on the part of the Barney Franks and the Chuck Schumers in the 5-to-4 court decision. That should not blind us to the jackboot mentality as enunciated by the Stalinist-in-chief himself in the White House: he still intends to shut you up if you don't line up like good soldiers for his dictates.

Still it is shocking that four justices on this nation's highest court apparently believe that the founding fathers meant to say in the First Amendment that "Congress shall make no law abridging freedom of speech — except in those cases where it is inconvenient to the political class, which has rightfully arrogated unto itself the privilege of perpetual rule at the seat of power in Washington, D.C., or when members of said political class fear that freedom of dissent places them in danger of getting the bum's rush in the next election." Strange. My copy of the U.S. Constitution doesn't say that.

The long and short of it

Speaking for the majority, Justice Anthony Kennedy declared, "When government seeks to use its full power, including the criminal law, to command where a person may get his or her information or what distrusted source he or she may not hear, it uses censorship to control thought. This is unlawful. The First Amendment confirms the freedom to think for ourselves." (Italics added)

From the White House, President Obama lashed back — vowing to stamp out freedom of speech on the part of anyone who dares to challenge the sanctity of any word uttered by our self-anointed fountainhead of all power.

Desperate to deflect attention from the messiah's failure to ram through a bill to insert the heavy hand of government between you and your doctor, the president Saturday condemned the Supreme Court decision. The sheer crust of the man came when he uttered, "We don't need to give any more voice to the powerful interests that already drown out the voices of everyday Americans."

What "powerful interests" is he talking about here? The Wall Street boogieman? Sorry — dragging that old costume out of the closet won't work anymore. So put it away. You don't scare us. The only "powerful interests" (by their sheer numbers and decibel level at their rallies) are those who make up the Tea Party movement, and the only things they wish to "drown out" are his lies. That takes some doing, given that he has the bully pulpit and they don't.

The total gall of this tyrant to sit there in his fiefdom and enunciate the words "We don't need to give any more voice!" Ask any ten people on the street if they think it is the president of the United States who has the power to "give" them "voice," or to decide where their "voice" begins and ends.

He actually thinks it is his prerogative to grant (or withhold from) his commoner subjects the right to express their opinions. Such delusions of grandeur are emblematic of the worst tyrants the world has ever known. It is a gratuitous insult. Does he really think American kids gave their lives on faraway battlefields to preserve the authority of any one man — president or not — to endow citizens ("everyday" or special day) the right to speak their minds?

What he is really saying 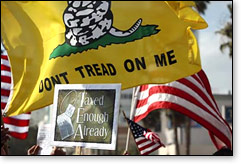 Herewith the plain English translation of our emperor's threat: "We don't need to give any more voice to everyday Americans — whether at tea parties or through their popular radio talkshow hosts or Fox News — whose voices my hit men and resident thugs have been desperately trying to shut up since the day I set foot in this White House. The decision allowing all these dissenters to be heard makes it all the harder for me to pick the pockets of Main Street while I'm demagoguing Wall Street; tax the great unwashed up to their eyeballs; dictate to them about how they regulate their thermostats; lie to them about alleged 'climate change'; and protect myself from popular uprisings against my heaven-sent plots to let you die while awaiting your turn until government bureaucrats deign to grant you a life-saving medical operation."

The long-overdue court decision means corporations and unions can jump into the "marketplace of ideas" (a term used by liberals when they are referring to Marxist professors or terrorists). In addition, this is going to complicate liberals' plans to shut up conservative broadcasters.

Left-wing commentators moan that the decision opens the floodgates to eeeeeeevil "corporate money." Never mind that the corporations that own the New York Times, Washington Post, CBS, NBC, ABC, Chicago Tribune, Los Angeles Times, Boston Globe, et al, have poured one-sided propaganda down the throats of an increasingly skeptical public for years. Moreover, the unions will have a louder voice, as well.

President Obama ends his anti-freedom rant by saying he has instructed his administration to work with Congress to carry on the fight against the First Amendment and develop "a forceful bipartisan response" to the court ruling.

Oh, yeah? And what if Congress — with the Senate's new 41st vote — refuses to cooperate? What does he do then? "Dissolve Parliament"? Why not? Maybe Obama thinks the Supreme Court has handed him his own Reichstag fire. 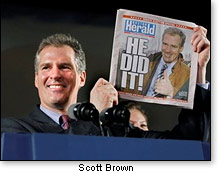 We can celebrate the blow for freedom struck by the successful candidacy of Scott Brown in Massachusetts — but not for long. The enemies of your freedom don't let little things like popular elections stop them. They abide by Saul Alinsky's Rules for Radicals — one of which is "Keep the pressure on."

As this column is written — weekend Jan. 23-24 — Rep. Paul Ryan, Ranking Republican on the House Budget Committee, has warned that House Democrats remain determined to get a successor to the 2,000-page+ monstrosity "health care" bill. This time, they would shove it through the back door — a legislative maneuver called "reconciliation."

To make a long story short, "reconciliation" is a convoluted process whereby the measure could pass — piece by piece — with a mere 51 vote majority in the Senate instead of the 60 that the newly minted GOP senator Scott Brown denies them.

To them, it matters not that — according to one survey — 78 percent of Brown's voters in the Bay state strongly opposed passage of the health "care" bill. For that matter, so did 52% of those who voted for the defeated Martha Coakley.

Ryan explains to National Review that he's talked with many Democrats whose message is that they've waited their entire adult lives for this moment and they're not about to let a 100,000-vote margin in Massachusetts get in the way. They apparently plan to spend the next 4 or 5 days "figuring it out." You could call this an attempt to "hit them from the flank with something new" — another Alinsky tactic.

Even if dead — a GOP Mass. backup?

There may be a temptation to revisit "Romney Care," the state-level health care program named after Mitt Romney, Massachusetts' last GOP governor — and a program for which Scott Brown voted as a state senator.

The Cato Institute has just issued a report on "Romney Care" — authored by Aaron Yellowitz, Associate Professor of Economics at the University of Kentucky, and Michael F. Cannon, Director of Health Policy Studies at Cato.

The scholars conclude that the Massachusetts health law "has had a smaller impact on insurance coverage levels and a much higher cost than supporters claim. Gains in coverage have been overstated by nearly 50 percent, while costs have been understated by at least one-third and likely more. The law has done little to improve overall self-reported health, though it does appear to have crowded out private health insurance and made Massachusetts a less attractive place to relocate, particularly for young people."

Governor Romney — whose term ended in early 2007 — has been quoted as saying many of the problems cited can better be traced to the way the plan is now being administered, rather the basic program itself.

Scott Brown — who vowed to vote against the unpopular congressional version — says the Washington monstrosity is different from Romney Care.

Scott Brown's opposition to the Washington bill was key to his victory. Apparently, Massachusetts voters figured it was the bad experience with their own state law that prompted them to warn the rest of the nation — "Look at what we did. Don't make the same mistake on the national level." That serves to demonstrate that the founding fathers knew what they were doing when they created the states as laboratories to find out what works and what does not.

The White House tyrant is trying to divert the American people's attention from their popular revulsion against his health care bill by trying to get them worked up about the nation's banks. Herewith, a letter that popped up in this column's e-mail box. It was penned by a retired U.S. Navy admiral. 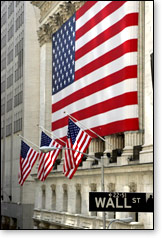 "Thanks again, Obama-nation. Once again, you and your Socialist pals who have zero understanding of how this nation functions have come up with a knee-jerk grand "big government" plan regarding the banks. Upon the announcement of it [what amounts to a bank tax], the stock market tanked over 200 points. Thanks a lot. [Note: it tanked yet another 200-plus points the day after this was written.] First you spend a trillion dollars to "fix the economy," and that doesn't work, and my retirement savings are cut in half.

"And now that the economy seems to have hit bottom and is inching back up, you and your idiot handlers have come up with a dysfunctional bank plan to tank the stock market and kill the rest of my retirement investments. Thanks a lot, pal. I cannot wait to send your idiot friends in the Congress packing this fall, and I cannot wait to send you back to the private sector in 2012. By then, you and your fellow-traveler idiots will have so killed the economy that you will have to join Jimmy Carter as the only two former presidents unable to find anyone dumb enough to hire them.

"Sure is nice of you to bring all that nice prosperity of socialism to America after we've all seen the wonderful things it's done for Cuba, North Korea, and Venezuela. Thanks for NOTHING, you idiots!!!!!"

The admiral is right on target. His frustration is more than understandable. However, we are tempted to contemplate something even worse: What if they are not just "idiots"? What if they are wrecking the economy on purpose so that they can pick up the pieces and sink us into permanent Marxist rule?

No tyrant wants to "give voice" to dissent.