October 18, 2010
This week, President Obama is spending some time in California trying to rescue the political fortunes of his most bitterly partisan Senate ally seeking re-election in 2010.

The United States Senate throughout its history has had its share of cantankerous iconoclasts. Most of them — despite negative personality traits — had something to offer in the way of accomplishment or intellect. Alas — after nearly three decades on Capitol Hill — Barbara Boxer remains in search of a cogent reason to add another six years to that resume.

The cupboard is bare

The one-woman keystone cops ethos that has typified the manner in which Senator Boxer for four years has chaired the Senate Committee on Environment and Public Works (EPW) has left the committee's work in a shambles. Its big responsibilities are the highways and other transportation infrastructure, the water resources bill (flood-control and related matters), and oversight of the EPA and "climate" legislation. The first two of these have been all but ignored by Boxer. Only the third — "climate change" or so-called "global warming — has earned her focus — or one should say earned her obsession. And on that one object of her undivided attention, she has met abject failure while making a fool of herself on the Senate floor.

Twice — in 2008 and again in 2009/2010 — Senator Boxer tried to ram through the "Cap and Trade" bill, aimed at counter-acting non-existent "man-made global warming." Both times she dropped the ball, leaving her total incompetence out in the open for all to see.

In June of 2008, for example (as reported by Roll Call), Boxer "fumbled" with the kickoff Senate speech on "global warming" when she "couldn't find parts of her speech."

Senator John Kerry (D-Mass.) had to lean in to help at one point — "rifled through her notes [as she] went off in several directions and even stopped to talk to her staff in the middle of her speech. Her disorganized comments ... seemed to symbolize the disarray that many Democrats say has plagued and will continue to afflict the Senate debate on climate change this week." 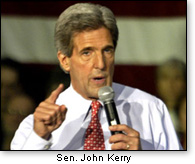 The perfect metaphor for this performance would be Pinocchio striding onto Stromboli's stage, and starting to sing, only to fall flat on his face to audience laughter.

Except that Boxer's fellow Democrats did not laugh:

"We are about to take up the most important fight of our generation, and we have no strategy, no message, and no plan to get out of this," one Democrat leadership aide moaned. Another Dem added, "Everyone knows this bill is going nowhere."

A good thing (by accident)

We can indeed be thankful to Boxer for messing up so badly that the "Cap and Trade" bill flopped. The measure — as documented by Senator James Inhofe (R-Okla.) — would have resulted in 1) higher gas prices at the pump, 2) the largest tax increase in history, 3) the biggest pork bill ever, 4) the loss of up to 4 million jobs by 2030, 5) a huge bureaucratic intrusion into your life, and 6) "the biggest reorganization of the American economy since the 1930s. (For a more detailed description of what I call Boxer's "tax and rob" bill, see this column May 12, 2008, and June 9, 2008.)

So — viewed from the perspective of those of us imbued with the quaint notion that we are better equipped than the federal government to decide what to do with our own money, Boxer actually performed a service for us by messing up, and maybe she's actually good for us.

Then on the other hand

If Lady Boxer were doing all this in an undercover capacity, there would be some merit in leaving her in place. But she is a true believer in the man-made global warming superstition, and can still set the committee agenda. Then there are all those horrible votes for Obama's "death-care," Marxist-minded judicial nominees, and every other over-the-top brainstorm of the far left.

If the West Coast lightweight knew what she is doing, she would be even more dangerous. Speaking of which: Though she is, as stated above, a failed senator, she is not a failed politician. The two are not necessarily one and the same. Most normal people expect that when they elect skilled political strategists to public office and then pay their salaries, they actually expect their public servants to — well — perform their tasks with competence.

Not only does the above reflect her failure in that expectation, but she tried to advance her political fortunes — not by working for the best interests of Californians and other Americans — but based on how an issue can be successfully demagogued. Boxer has been quoted as saying she would actually rather let the "global-warming" issue simmer out there for a couple of election cycles — hopefully to knock off some of her fellow senators who don't believe in "climate change" hobgoblinism. She apparently thinks you're stupid.

But that was before the Climategate scandal broke, and the "global warming" Halloween masks lost their effectiveness as propaganda tools. At that point, Lady Boxer waxed indignant. While much of America took offense that political scam artists disguised as scientists would try to yank the public chain through dishonest tinkering with scientific analysis, she demanded an investigation of — not the fraudsters at the UN climate change outfit. Oh, no. She angrily called for a probe of the person who exposed the scam to the public. That was the ultimate outrage in the upside-down inside-out Boxer world. How dare anyone expose the arguably criminal fraud that had sustained her talking points.

And the stumbling beat goes on

When the tax and rob bill was revived after Obama became president, this time — by leadership design — Senator Kerry was charged with presenting the measure after it had cleared Boxer's committee. But the damage was done. Climategate worldwide — coupled with the Boxer Senate stumble — had doomed it.

The senator's handling of the bill had left a trail of serial disaster that included:

...The Republicans walked out of her committee hearing, protesting her refusal to allow a non-partisan analysis of how the bill would affect Joe and Jane Six-pac in terms of job losses, taxation, dictatorial mandates into their lives, etc.

...In ramming the bill through committee, Chairman Boxer violated a senate rule that at least two members of the minority (Republicans) had to be there before a vote was taken...

...She failed to produce a coherent passable bill because, after hiring experienced veteran Hill staffers to craft the legislation, she would not let them do their work (they were seen going home at five PM, one source told this column; such crash projects normally require work far into the night). The senator insisted the bill was not sufficiently radical or left-wing.

...The legislation was so lacking in any support from coherent analysis that one of Boxer's fellow Democrats — Montana's Max Baucus — opposed it. 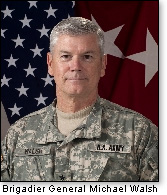 But that's not all, folks

By now, most of the country is aware that at one of her hearings, Boxer asked Brigadier General Michael Walsh to call her "senator" instead of "ma'am." "I worked so hard to get that title," she explained. "Ma'am" comports with military courtesy.

Then last year, she got into a verbal brawl with President Harry C. Alford of the National Black Chamber of Commerce, who accused Boxer of being "condescending" for quoting other black groups who agreed with her and disagreed with him on the issue at hand — as if to say — These other black groups think you're wrong. You should get back on the liberal plantation with them and toe the line.

There are other such gems, including one just this past week where, in an interview, Lady Boxer tried to parlay the $787 billion stimulus bill into a tax cut.

Californians have it in their power November 2 to put an end to this 28-year clown show. They can save all America by making this failed senator — at long last — a failed politician.

Carly Fiorina, her GOP opponent — a smart businesswoman and a courageous cancer survivor — has the smarts, background, and personality for the job. She is working "so hard" not to "get that title," but actually to do the job. She opposes abortion (a view shared by millions), and for that Lady Boxer calls her "extreme" (a little like the freak show star wondering why all those "wacky people" are staring at him).

Fiorina acquitted herself very well on Fox News Sunday October 17. Boxer had been invited to appear on the "fair and balanced" format, but declined. It takes no wild imagination to posit the Boxer campaign handlers quaking in fear that their gaffe-prone candidate might be shown up by her opponent. No telling what kind of ditzy comment would come out of her mouth.

Many Californians are concluding it is time to send a serious person to the Senate, and to say to Boxer, "You're out of here — Ma'am."