December 6, 2010
House Speaker Nancy Pelosi and Senate Democrat Leader Harry Reid remind one of the burglars who hear the footsteps of the house owners approaching the front door, but just can't resist grabbing more fistfuls of silverware before climbing out the back window and heading for the get-away car.

Congress is in a "lame duck" session. Its overwhelming Democrat majority has been discredited — slashed in the Senate, eliminated the House.

So these arrogant thugs are grabbing all the metaphoric silverware to complete the heist — heedless of the rubes in "flyover country" who rendered them failures on their ballot-box report cards.

How did it start anyway?

In earlier times, a lame duck congressional session was quite routine. The second of two sessions was held from the December following the election until the presidential inauguration (which until 1933 was held on March 4.) Only in the following March was the new Congress — elected the previous November — sworn in and seated.

That gap is largely explained by the fact that when the rules were written, travel by horse and buggy was — of course — a lengthy process. And technology of the fast-moving 24/7 cable news cycle was not envisioned.

In 1933, when America was connected by its railroads, and air travel was in its infancy, the newly elected Congress moved its seating up to January 3, and the presidential inauguration to January 20, thus narrowing the gap between election and assuming office.

The defeated Democrat majority is moving on several fronts as if the November 2 election had never happened. Why should we be surprised? These are the same lawmakers who — in an extraordinary Sunday session — defied the will of the voters and rammed through socialized medicine. Also during their tenure, they brushed aside pleas from "back home" and spent taxpayer dollars in such a way as to make drunken sailors blush.

Now — true to the playbook of President Obama's model "community organizer" Saul Alinsky — Pelosi, Reid and Co. are doubling down as their newly-elected successors await their January swearing in. 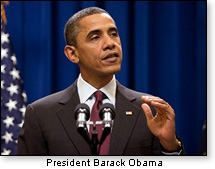 The tax-grabbers at the White House and on Capitol Hill have been licking their chops — anxiously awaiting January 1, 2011, the date when the Obama tax hikes are scheduled to kick in.

The media insist on calling them the "Bush tax cuts," as if unaware that George W. Bush has been out of office now for 22 months. He has no say in what happens to taxes January 1.

The tax statute acquired that moniker when in 2001 and 2003, Congress — at the insistence of liberals who quiver at the thought of declining government power — applied the cuts in increments over the years — legislatively analogous to cutting the dog's tail one inch at a time. 2010 was the year many of the taxes hit their bottom, only to return like Dracula in 2011.

Now in December 2010, the lame ducks are playing the hackneyed, tired class-hatred card. One does not hesitate to surmise that's all they're "good for" — playing one group of Americans against another. They figure that's the only way they can win elections — the old Marxist "hate the rich" rhetoric — ignoring the fact that we're talking about job-creators. I don't know about you, but no poor person ever gave me a job.

The lame ducks play this old game because they're like cornered animals trying to fight back. Pelosi's House passed a bill — knowing it would go nowhere — allowing people making less than $200,000 (singles) or $250,000 (married couples) to avoid the Obama tax hikes.

Americans seeking an economic life raft as unemployment climbs are saying to Pelosi the equivalent of "Are you still on that?" Common sense says this is the old picture of Nero fiddling while Rome burns. About half the income derived from the Obama tax hikes would be gained from small businesses — collectively sources of employment on a large scale.

Here we are printing paper money at a record rate that threatens to strengthen the inflationary beast, and Madame Speaker — clinging to the last days of her taxpayer-provided jet — yells "Get those rich guys! After them!" Then, when — as a result — the "rich guys" hold back on investment and jobs don't materialize, she can play the blame game yet again. It's the oldest "fool-the-rubes" scam in the Marxist playbook.

Multi-billionaire Warren Buffett has said he has no problem paying higher taxes. Easy for him to say. Mr. Buffett bought the Burlington-Northern Santa Fe (BNSF) as a hard asset against the inflation and dollar demise many see over the horizon. Smart move. Good for him. Too bad that in the real world down here, most Americans can't afford to buy a whole railroad. But if Warren volunteers to pay higher taxes out of his own pocket, the Treasury won't turn him away at the door.

Meanwhile, more lameduckery is on tap:

The Obama administration is trying to use the lame ducks on the Hill to ram through Senate ratification of the START II nuclear weapons treaty with Russia.

START does not specifically authorize development, testing, and deployment of new modern and more secure nuclear weapons. The preamble clearly says America should reduce its defensive systems. The surrender-bund argues the clause is meaningless, but the Russians say unless the U.S. adheres to it, Russia will consider the treaty dead.

The utter gall of the "Trust the Russians" gullibles is that they are citing Ronald Reagan's passionate desire for ridding the world of all nuclear weapons as a reason to back START.

Ed Meese and Richard Pearle, who worked with Reagan, effectively shot down that little ploy in a piece they penned this past week in the Wall Street Journal. The Gipper did want to rid the world of nuclear weapons, provided there were airtight provisions against cheating. "Trust but verify," remember?

Obama & Co. want to hurry the treaty through now because they know that next month when new senators arrive — freshly ratified by the voters — the treaty will get a more thorough examination. Once again, here is a case of the voters be damned.

The new Senate arrivals might hesitate to trust the word of a former KGB agent (Vladimir Putin) who is credibly accused of extending his reach beyond Russia's borders a few years ago to order the assassination of a strong critic of his regime while that man was on British soil.

Then there's the DREAM Act

Better described as the Nightmare Act, this monstrosity seeks to revive the issue of legalizing illegal aliens. It stops short of opening the floodgates and legalizing every single illegal already here, but it is an obvious foot in the door. This is Harry Reid's attempt to pay off political hacks who claim (falsely) to speak for the Hispanic community, but who did flex enough muscle to get the Nevada senator narrowly re-elected. Harry's payback was not on the ballot in Nevada last month, let alone any of the other 49 states.

The time has come to outlaw lame duck congressional sessions, whereby rejected lawmakers can impose their will on a disenchanted electorate. 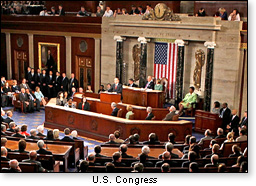 A constitutional amendment could stipulate Congress's official business will be completed by the Friday before the November election day. The incumbent Congress would expire on the following December 1, at which time the new Congress shall be seated.

The outgoing Congress could meet in the interim between Election Day and December 1 only in the event of genuine emergency (war, collapse of the economy). In such a circumstance, the lawmakers shall focus only on the emergency at hand with no extraneous or regular business. (We will leave it to those who craft such an amendment — hopefully the finest legal minds — to find the precise wording that bars loopholes.)

If we can't prevent a runaway Congress — fired by the voters — from imposing its will on the people, then our representative republic becomes something of a mockery.