February 7, 2011
Now that the Republicans have kept their promise to vote on Obamacare repeal (successfully in the GOP-dominated House, unsuccessfully — as expected — in the Democrat-run Senate), let's focus on some specifics on the tough road ahead for getting rid of the president's socialized health care monstrosity, and replacing it with a truly American system.

The opening shots have been fired. (Yes, the metaphor is appropriate. Those who are offended by verbiage that ignores the language of political correctese probably aren't reading this in the first place.) 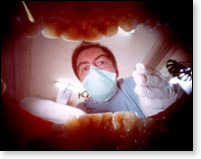 The "down and dirty" parts will come in prying loose and getting rid of the bits and pieces one-by-one. That's the "down in the trenches" stuff.

The first step on that was taken this past week when some Democrats — knowing their rendezvous with the voters next year won't be pretty — suddenly fell all over themselves in a quest to take ownership of the effort. (Right. "Those are my people out there. They are outraged. I must get in front of them, for I am their leader.")

We here are referencing the provision in Obamacare that would have required businesses — no matter how small — to file 1099 tax forms with the IRS every time they did more than $600 worth of business with a single vendor.

Not just small business establishments were involved. Even "one-man band" freelancers working out of their homes were dumbfounded to receive from the government a questionnaire as to how many employees they had, etc. etc.

So now, in Obamaspeak, the death of that one not inconsiderable "tweak" has been accomplished. A "tweak" here and there is OK with the president, he says.

Other outrageous provisions in the law will have to be defunded and/or repealed. And every single Democrat up for re-election next year (House or Senate) hopefully will be in the spotlight, choosing again and again either to offend the party's base by approving the repeal effort, or to offend the voters by opposing it.

Not replacing something with nothing

However, it is not enough to pull the legislation apart by its roots, important as that assuredly is. We can replace it with good ideas out there that comport with our American values.

For that, we are indebted to Nina Owcharenko of the Heritage Foundation. The actual proposals listed here are Ms. Owcharenko's. Comments that accompany some of them are mine.

1 — Provide individual tax relief for those who purchase private health insurance, regardless of where they work. It is silly to offer health care coverage mainly through one's employment (the result of a "temporary" World War II expedient). People change jobs all the time. Provide some flexibility in health care choices. The market will weed out the "bad actors."

3 — Employers should be allowed to convert from defined-benefit plans to defined-contribution plans.

5 — Extend rational pre-existing condition protections to those who clearly have not been trying to "game" the system.

7 — Eliminate burdensome Medicare regulations that hamstring doctors and patients alike — i.e., restrictions on patients' ability to go outside Medicare to get medical services.

8 — Encourage states to set up high-risk pools to help cover hard-to-insure individuals. That may lead to higher costs for the premiums, which means we will have a debate over whether those who use healthcare the most often should also pay more. (Look, we didn't say this would be easy, did we?)

One idea advanced for years by lawmakers on the Hill, only to have the liberals shoot it down (except for limited "pilot" projects), is health savings accounts. This would allow individuals to save tax-free dollars to cover future expenses. At the same time, Congress should offer tax advantages to encourage employers to offer matching funds to the employee contributions.

Something must be done

Overriding political or economic calculations is the dangerous threat that Obamacare poses in terms of fulfilling the fondest dreams of socialists to make us "more like Europe." If allowed to stand, this is seen as the "tipping point" in terms of further limiting our freedoms and doing severe damage to our already deteriorating fiscal health.

Just this past month, 200 economists and experts, including two former Congressional Budget Office directors, found that the new taxes, penalties, and mandates in the 2010 law will add $500 billion to the deficit during the next ten years, and nearly $1.5 trillion in the decade after that.

Moreover, they declared, the measure will hinder job growth with its $500 billion in new taxes crowding out business resources used for hiring and expansion — imposing medical costs that will translate into higher insurance premiums, further adding to the costs of doing business.

We don't have more than a few short months to do this. It may be our last "window of opportunity." The time is now. Let's just do it! Our children and grandchildren deserve no less.