Wes Vernon
Democracy or mobocracy: which? (the Electoral College)

June 6, 2011
Not too long ago, a congressional staffer made the argument in a private meeting that in America as a democracy, the majority must always rule no matter what. If 51 percent of the people want Shariah (Islamic) law in this country, he argued, then we should have Shariah law nationwide. 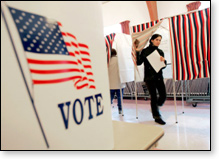 That such ignorance exists in the office of an elected official is chilling. And it leaves little doubt as to why so much nonsense comes out of Washington these days, including the notion that we should scrap the Electoral College because it does not guarantee that the President of the United States will always — 100% of the time — be elected by a majority of the electorate.

There are concerted efforts to do away with that method so as to make way for direct election of the president and vice-president. Accordingly, some history is in order at this point.

The Founding Fathers, when they penned the document that created a nation like no other, instinctively understood that freedom, in order to work with stability, required a concomitant respect for responsibility.

Hence, to cite some examples:

1 — The Constitution requires that a presidential veto of legislation duly passed by a majority of both houses of Congress can be overridden only by a vote of two-thirds of both the House and Senate. 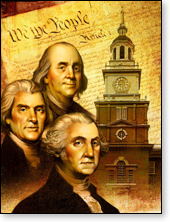 2 — The make-up of Congress is in itself a compromise between outright democracy and the rights of the each of the states. The House of Representatives reflects majority rule, with the number of congressmen in each state dependent on the state's population. Each of the nation's 435 congressional districts is roughly equal in population size.

The Senate, on the other hand, accords equal representation to all 50 states. Regardless of size (California or Wyoming), each state has two senators. Originally, the Constitution made certain that those two senators truly reflected the priorities of their states, as determined by elected representatives in the state capitols whose role was to focus on state concerns. Hence, the framers decided that state legislatures should choose their state's U.S. Senators.

Nearly 100 years ago, the Constitution's 17th Amendment was ratified, whereby the U.S. Senate would henceforth be elected directly by the state's voters.

It is my opinion that the original system worked better in terms of a state's prerogatives and concerns. But I also believe that the number of House seats should be vastly expanded so as to put "the people's House" (the "majority rule" segment of the congressional equation) in closer contact with the voters. All of that is a matter for another column. Suffice it to say that — either way — there is a balance between the direct majority (the House) and the more deliberative "cooling saucer" (the Senate).

Brakes on the impetuous

3 — The Senate can avoid outright majority rule through the much-maligned (albeit sometimes abused) "filibuster." This process of "talking an issue to death" has evolved into a situation whereby, for all practical purposes, a 60/40 majority is required in order for the Senate to approve almost anything that is radioactively controversial.

4 — Then there is the question of treaties with other nations — the ratification of which requires a two-thirds vote only in the Senate (as the president sends the treaty there).

5 — The judicial branch of government is responsible for arbitrating legal disputes of what a given law means and whether the law comports with the intent of the Constitution. Moreover, as per those yardsticks, the judiciary can toss out laws enacted by Congress, and also laws that were popularly approved by the voters in ballot initiatives. One reason judicial nominees have become the center of bitter controversy in recent years is that the elected branches have failed to reach finality on some of the most hotly disputed issues. 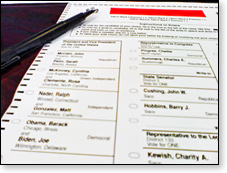 We could cite more detail in the above. But we go through all of this civics discourse merely as a reminder that, no — 51 percent does not necessarily prevail in every instance, nor should it. There is a balance between the momentary emotional popular will and the responsibilities that go with self-rule.

Put another way: There is in fact such a thing as the tyranny of the majority. Civil rights laws of the 20th century — whatever arguments might be made as to constitutionality, etc. — were enacted precisely because of a perceived majoritarian "tyranny."

For that matter, public hangings can reflect "majority rule" in a specific place at a given moment. It was the sheer genius of the Founders that they clearly understood where to draw the lines between democracy and mobocracy

So, as we approach a discussion of the issue of the Electoral College as a means of choosing our president, let us dispense with the idea of scrapping that system solely on the basis of its failure to reflect majority rule 100 percent of the time.

Later, we will deal with the specific issue of the Electoral College per se, and why we should be wary of efforts to negate it through the back door, as is being attempted through an end-run attack on the Constitution.