Wes Vernon
Obamacare, the Supremes, Dickens, and the bumbled law that is an ass (and what to do about it)

July 9, 2012
No less a power than the highest court in the land has stumbled into the ultimate definition of Obamacare, and in the process has finally exposed the decades-long downslide of the political class's standards for honesty. It is up to us to try to reverse that. 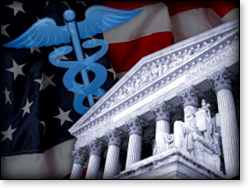 First of all, if you're trying to figure out what makes Chief Justice John Roberts tick, forget it. It's a waste of time. Depends on what day it is or what the law means when he gets out of the wrong side of the bed, or whether the New York Times editorial board is smiling benignly upon him.

A man with life tenure — shielded from any efforts to oust him from his perch — who nonetheless caves to White House/media bullying can reasonably be perceived as weak in character. Any attempt to analyze beyond that is a pointless diversion.

The law is a what?

But Dickens' miraculous prescience regarding judicial reasoning 174 years hence did not stop there. Again, just as it was applied to the 1838 fiction in his Oliver Twist, so too did Dr. Bumble arguably foresee 21st century real-life incoherence as he pronounced:

"May I add that an ass is an animal; a cross between a horse and a donkey.... Also donkeys and asses are traditionally considered to be 'a little stupid and very stubborn.' Hence, 'The law is an ass,' as it is frequently both stupid and stubborn." 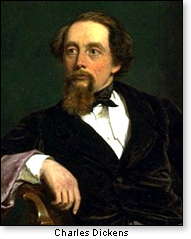 Well, who are we to argue with Dickens, who remains a household name in 2012, the 200th anniversary of his birth?

For how is one to interpret the scenario when a 2700-page legislation (shoved through Congress under the legislative whip of a leader who says we must pass this bill "so we can know what's in it") arrives at the United States Supreme Court, whose split decision hangs on semantic silliness?

A tax? A penalty? A gorilla? A giraffe? Do we see the makings of slapstick comedy here? No such luck. Regardless of what you call it, what is happening to this 236-year- old Republic is no laughing matter.

The "meaning of it all"? Don't ask

After we shut out all the public noise, there is this reality: If the power of the central government can reach out into your personal life and tax you for not buying the health insurance you are ordered to purchase, that same government authority — protected by edict of the highest court in the land — now has unlimited power to tax you for not buying the "green" car its officials have ordered you to purchase, perhaps a Smart Car (of kiddie car proportions and so small as to be frighteningly dangerous to its occupants in general traffic) or a Fiat 500. Or the strong arm of central authority can tax you for not using only tap water, as a means of forcing you off bottled water.

What if Mayor Michael Bloomberg's New York City edicts against salt, trans fats, or large pop drinks have given President Obama some post-election ideas for a national mandate, confident the Roberts court will give him a pass? No more hamburgers? Hot dogs? Potatoes? Ice cream? Instead, stiff taxes if you don't buy Tofu and enough green vegetables?

Whether everything we like to eat is necessarily always good for us (an issue the First Lady puts on the front burner) is hardly the overriding concern. What we have just witnessed in the Obamacare decision is a high court certification of an audacious government overreach — not a mere "bump in the road" expected of the normal give and take politics. If this imposition on citizens' personal lives is allowed to stand, it will spread and sound the death knell of this Republic as we know it. 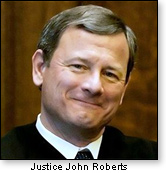 The Chief Justice of the United States presumes not simply to misinterpret the Constitution and the legislative handiwork of those we send to Capitol Hill (that offense has become almost routine over a span of some decades).

No, the thrust of SCOTUS Obamacare is the nullification of states' rights; more directly the rights of the individual, and the trashing of the Constitution itself. This fits the step-by-step pattern of life in once-free nations preceding their ultimate entry into the darkness of complete tyranny. It then becomes a question of how long before the midnight knock on the door.

We have written extensively in this space of the political cancer that for at least 100 years has been eating away at the fiber of this constitutional republic. It is not pure happenstance. The destruction has been planned by sources that have been described here many times. The question comes down to: What are we going to do about it?

At some point, we get the rant out of our system, and ask ourselves: Which way? Wring our hands? Or prepare to fight back?

For the short term, the first order of business is to remove Barack Obama from the White House. When and if he is replaced, it will be necessary to hold his successor's feet to the fire. But, we'll be there when and if we get there. For now, the focus (for the duration) is that no other president in our history (not even among our worst ones) can be accused of waking up every morning pondering his next step toward moving his fellow Americans into a Marxist statist society. Therefore, in the next four months, nothing — nothing — approaches the Barack-must-go effort as the priority.

But then, it is prudent to begin crafting a well-thought-out long-term plan to push back the century-long effort to end the United States in everything but perhaps its very name.

It is abundantly clear that we cannot depend on one individual to save us from the shadows creeping up on our beloved country. Justice Roberts' "out-of-character" behavior makes that clear. It will be necessary to get to the main source of the problem: the unprincipled quest for ever-more power. Whatever we come up with will not likely (in this imperfect world) offer a program totally bereft of its own defects. Thus we ask ourselves: Will it offer the best option to be formed by mere mortals?

In pursuit of that goal, this writer's first instinct is to go back to the scholarly 2005 volume Men in Black. It was authored by Mark R. Levin, President of the Landmark Legal Foundation; popular radio talkshow host; and among the (always-to-be-honored) soldiers in the army of the Reagan Revolution, having served there as Chief of Staff to Attorney General Edwin Meese, as Deputy Assistant Secretary of Education, and as Deputy Solicitor of the Department of Interior.

Oh, yes, and anyone who graduates Phi Beta Kappa from Temple University at age 19 possesses intellectual bona fides of some heft.

We read in Men in Black that in the perspective of the framers of the Constitution, "the chief method of controlling judges was impeachment." The justices of our highest court are appointed (and confirmed) for life as long as they maintain "good behavior." 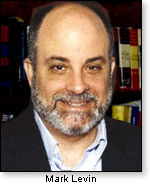 While Levin opines that "[k]nowingly doing harm to the Constitution...is not the sort of 'good behavior' the framers envisioned justifying continuance in office," there are possible alternatives (requiring constitutional amendments) for holding justices accountable (short of impeachment).

Historical experience with impeachment has shown it to be seen as something used only in obviously extreme circumstances. As with politicians, judges are generally not so stupid as to get themselves that far out on a public relations limb that they would be threatened with impeachment.

"Moreover," he adds, "[lower court] judges and [Supreme Court] justices could be renominated at the end of their terms and be subject to a new confirmation process."

And just to rein in the judiciary's power a bit further, here again is Levin:

"The most meaningful step Congress could take would be a constitutional amendment limiting the Supreme court's review power by establishing a legislative veto over Court decisions — perhaps a two-thirds vote of both houses."

"Today," Levin wrote in 2004/2005, "the problem is an oligarchical court." Since he penned those words, we have become saddled with a presidential monarchy as well.

What we do about the latter (see above) is show up and vote in November. If Obama survives that, then surely other measures will likely be considered. Recall that while Richard Nixon was sailing to a landslide victory in 1972, Democrats, on Capitol Hill and in their think tanks, were plotting his post-election impeachment, confident that the same public ready to retain him in the White House would later turn on him as more negatives came to the forefront.

That circumstance will surely be the case in the event of an Obama victory when, no longer beholden to the voters, he lowers the boom of oppression on average Americans in more visible ways.

As long-term steps will be required to deal with the presidency and the judiciary, so too will it be necessary to advocate reforms in the way Congress organizes itself.

This column for years has advocated repealing the 17th Amendment, which provides for the direct election of U.S. Senators. Before 1913, our U.S. Senators were selected by their state legislatures. That served to give the sovereign states direct input from the "back home" lawmakers in state capitals elected by the people to focus on problems and issues unique within their own borders and to transmit those concerns to the federal seat of power. Levin advocates a return to that pre-17th amendment system in his subsequent book Liberty and Tyranny. (Someday we hope to explore this issue in depth).

The Founders recognized the House as the repository of pure direct democracy, serving a function different than that of the Senate. To add 21st century relevance to that "people's House" role, this column suggests that we expand the membership of the House of Representatives so that its members end up with smaller constituencies, and thus are even closer to the grassroots. Current House membership — at 435 — has remained stagnant for 100 years. Since then, our population has tripled, placing each congressman more and more distant from his constituents. 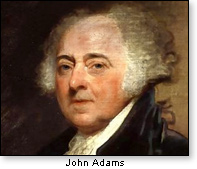 Almost nothing in this world is without a downside. When Mark Levin first proposed his staggered terms for the justices and two-thirds congressional override of court decisions, I was skeptical. One can still argue that shielding life-tenured justices from the fleeting emotions of mob rule has its virtues. (Alas, how is that working out with John Roberts?) In 2012, however, we are approaching a "tipping point," of sorts. Levin's ideas should be revisited.

In his latest best-seller, Ameritopia, Levin writes of such flaws in today's governance as the ability of politicians to bribe their way into office with "entitlements." (Another topic for a future column.)

Finally, as we go about fending off those who would destroy our nation, we will probably need to look to ourselves. John Adams, our second president, warned there would be crises such as this when he said, "Our Constitution was made only for a moral and religious people. It is wholly inadequate to the government of any other."