Wes Vernon
Conventions aftermath - on to the campaign trail

September 10, 2012
The political conventions do not appear to have changed many minds. The Democrats — having gathered after Labor Day when Americans were back to the normal routines — picked up slightly more momentum than did the Republicans — who met during the prior week just as many voters were getting in their last vacation time at the beach (or wherever). 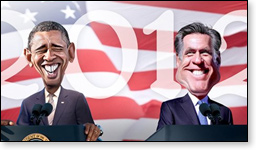 The conventional wisdom is that "it will all come down to the debates." If that is the case, Republicans had better hope that Mitt Romney — now engaged in preparing for the encounter — knows every tripwire in President Obama's path better than the president himself. Neither man is stupid, both are articulate. And both have weaknesses: Obama has become over-reliant on the teleprompter, not allowed in the debates; and Romney occasionally slips into minor gaffes.

Whoever represented Romney in the negotiations for selecting the debate moderators has very little street smarts. What on earth were/was he/she/they thinking when the Republicans allowed only mainstream newspeople to lead the discussions?

Not that Jim Lehrer, Martha Raddatz, Candy Crowley, and Bob Schieffer are the worst selections that could have been made. But couldn't someone from Fox News have been assigned to at least one of the four broadcasts? Brett Baier, Chris Wallace, Megyn Kelly and Brit Hume are all respected by their colleagues, and well-qualified for a slot.

Brent Bozell of the Media Research Center complains that though the selected moderators have had their positive moments, they have also in one way or the other indicated a preference for the strand of liberalism that years ago generated a public backlash in the form of Fox News and Talk Radio. 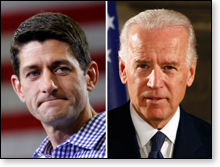 It would be just like the often-clueless Republican establishmentarians to think they scored well here just because they avoided Chris Matthews, Rachel Maddow, or the Dracula-like return of Dan Rather.

Sometimes these things are subtle. Actually, there's a fair chance Paul Ryan, who embarrassed Obama in a past verbal encounter, will do better against Biden in the VP debate than Romney will do going up against Obama in the other three.

Except that Martha Raddatz, who will moderate the VP candidates' face-off, is ABC's senior foreign affairs correspondent. That just happens to be Biden's strongest field; his background includes a stint as Chairman of the Senate Foreign Relations Committee. Try telling me that thought never occurred to someone somewhere before the dotted line was signed.

When it comes to issues, Romney has an issue-rich repertoire from which to choose — that is, if his handlers will allow it. (He can leave it to the independent PACs to raise the issue — in their 30-second ads — as to precisely who at the Democrat National Convention in Charlotte shouted a resounding NO — three times yet — when asked to insert the words God and Jerusalem as the capital of Israel into the party platform.

Romney himself might want to insert the issue of White House lawlessness into the debate itself.

The Obama administration is refusing to obey the law (yes, another one) that requires the Pentagon to assist soldiers overseas to cast the ballot in their home states. Ignore ballot access for soldiers willing to put their lives on the line? Just "thank them for their service" while making it tough for them to vote (possibly for fear they would rudely vote against their Commander-in-Chief).

Hollywood on the Potomac

Or here's another exercise in selective law enforcement: Reams of "inappropriate information" were passed on to the folks who were making a film about the capture and killing of Osama Bin Laden, including disclosure of the identity of the planner, SEAL Team Operator and Commander. Tom Fitton's Judicial Watch forced release of the documents that showed inappropriate information had been passed to Hollywood film-makers well-placed to produce a film about the Bin laden operations that could make the president look good. Even Democrats on the congressional intelligence committees publicly expressed outrage at sharing arguably classified information in disregard for national security just for political gain. 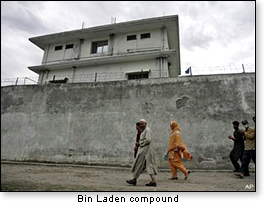 On the other hand, when a SEAL who took part in the raid wrote a book whose details on the capture differ in significant detail from the official White House version, suddenly the word is that we must be very officious and threaten the SEAL with prosecution. The security offense, it seems, is letting out information that conflicts with that which puts Dear Leader in a favorable light.

There is such a rich minefield of issues about which President Obama could be questioned when he and Mitt Romney verbally duke it out.

For example, declaring that "We can't wait for Congress," the president issues executive fiats one after the other on such diverse issues as social policy, education, immigration, and welfare reform, to cite just some examples.

"We can't wait for Congress" — even though the Constitution provides a mandatory procedure by which Congress is a co-equal branch of government and a president is required by law to respect that nothing in that Constitution gives him the kind of authority to which dictators are accustomed.

Surely, our watchdog media would hold him accountable. Oh, wait. Silly me. Media coverage would lead you to overlook that Bill Clinton, whose help was requested for a speech in Charlotte, is a disbarred perjurer, a credibly accused rapist, and only the second president in history to be impeached. (Someday, lawlessness may pile up to the point that there will be a third impeachment.)

By the way, the New York Observer reports that at the Charlotte convention, a device was deployed by which supposedly totally objective, unbiased reporters were able to use fake names to hide their donations to the Democrat Party.

Tsk! Tsk! What some people are tempted to do when out of town and no one is looking.