May 6, 2013
The Benghazi hearings that should have been held before the November election will now be gaveled to order on Wednesday of this week.

The Obama administration pulled out all stops in a major campaign (both before and after the election) to see to it that this day would never come. But now the House investigating committee chaired by Congressman Darrell Issa (R-Calif.) will hear from whistleblowers this week. They include: 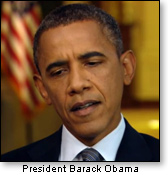 These are brave witnesses stepping forward. Their entire careers have been threatened. But the horror of witnessing outright high-ranking dereliction of duty that led to the deaths of four Americans (who were denied security assistance that night at the Benghazi compound) apparently became too much. Not only have their livelihoods and careers been threatened, but they will no doubt face vicious public attacks heaped upon them if the publicity reaches the point where it weakens President Obama's agenda. Bear that in mind when you hear the smears against the witnesses.

Whatever publicity emerges from this hearing depends on whether the mainstream media will curb or cease their own roles as accomplices in the cover-up – simply by ignoring the story. (An honorable exception to this is FoxNews.)

Mr. Obama had media assistance during last fall's campaign when writers and broadcasters actually parroted the alibis of the White House. (Read Candy Crowley during one of the debates, for example.) The highest priority at the time was saving President Obama's hide at the polls. Dear, dear – a most unwelcome time for scandal, that metaphorical "skunk at the garden party" to show up uninvited, don't you think?

What's that? You say the terrorists committed murderous acts at our compound in Benghazi, and killed Ambassador Chris Stevens and his colleagues? In the first place, the re-election narrative was that there is no such thing as "violent radical Islam." Such attacks, we were told, were just "workplace violence" or "man-made disasters," Orwellian speech codes meant to prevent Americans from knowing who their enemies are.

Al-Qaeda after all, was "on the run," as the president repeatedly boasted while on the campaign trail. Besides, we were assured, it was a teeny sliver of evil (on Islam's periphery). Y'know, something like a home-grown street gang.

"On the run," you say? Ummmm, well yes, Al Qaeda and those influenced by its terrorists were "on the "run," sort of. They would be setting off bombs around the world and then making a "run" for it, or their suicide bombers would be "running" toward crowded public gatherings with bombs strapped to their backs. (Nothing to see here, folks, just move right along, for it was bedtime in Washington and there was to be a big campaign day tomorrow). 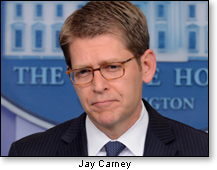 Fast forward the time machine through another eight months: What's this? That garden party skunk still hanging around? That can't be! Didn't they hear esteemed White House spokesman Jay Carney explain that Benghazi was "a long time ago?" Translation: What's the matter with you plebeians? Always snooping! Always wanting to hold hearings! Always asking questions! Always wanting to learn facts! (In other words: Go away, boys and girls. Ya' bother me.)

In our last installment, we reported on the efforts of attorneys for whistleblowers in Benghazigate to get State Department clearance to represent their clients before congressional hearings on the scandal. To do so, the government would need to clear them to share whatever classified information is involved in the case. The information was repeatedly requested by Congressman Issa. As of Sunday, attorneys Joe DiGenova and Victoria Toensing, who by the way are working this case pro bono, still had not been granted the full information they need to represent their clients.

The mess gets messier

The State Department's own whitewash report of the case followed a formula that resembled nothing so much as a Mr. McGoo act. The so-called Accountability Review Board (ARB) organized by then-Secretary of State Hillary Clinton before her exit is now itself being investigated by the department's own Inspector General, according to FoxNews investigative reporter James Rosen.

Furthermore, Joseph DiGenova says his client whistleblower and other witnesses who were intimately involved in Benghazi asked to testify before the ARB panel "and were declined to be interviewed." DiGenova's law partner /wife Victoria Toensing observed on WMAL's Chris Plante Show, "You would think they [ARB] would want to interview the Secretary of State." Indeed, but that interview curiously did not take place. (Now does anyone think the Mr. Magoo analogy is a stretch? Hillary reportedly made it clear she did not want to be interviewed.) 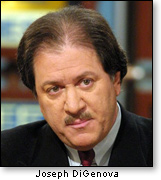 This past weekend, DiGenova demanded, "What was the president's hour by hour schedule on the night of the attack on the [compound] at Benghazi? What was it? We haven't seen it. Nobody has seen it and the reason we haven't is because they don't want to let it out."

Hot bulletin from the "on the run" front: "The Libyan militia group that the State Department hired to defend its embattled diplomatic mission in Benghazi had clear al-Qaida sympathies and had prominently displayed the al-Qaida flag on a Facebook page for some months before the attack."

So reported Newsmax in an exclusive by John Rosenthal, author of The Jihadist Plot: the Untold Story of Al Qaeda and the Libyan Rebellion.

Rosenthal gets to the heart of the matter in observing, "Perhaps the biggest question is why the State Department would hire a group [the February 17th Martyrs Brigade] that openly displayed its admiration for al-Qaida, and ask it to participate in the defense of the diplomatic mission."

And continues to mount

The Weekly Standard reports that "even before the assaults ended," intelligence officials concluded "that Al-Qaeda-linked terrorists were involved" but that "senior administration officials...sought to obscure the emerging picture."

Steve Hayes, a senior WS writer and frequent panelist on Brett Baier's FoxNews Special Report, cites some deeply-held secret talking points intended to deceive the public. Fresh evidence makes it clear the administration was plotting feverishly the lines of the cover-up, knowing that al-Qaeda was involved. 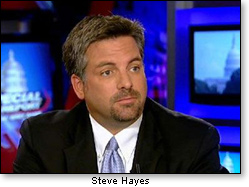 The talking points were highlighted in a 43-page report from the GOP chairmen of five House committees. For that reason, reporters tended to ignore it. But Hayes notes the directly cited communications were circulated widely inside the government, "including at the highest levels." Participants included the State Department, the National Security Council, the CIA, the Office of the Director of National Intelligence, and the White House.

The e-mails were provided by the White House to members of the House and Senate Intelligence Committees for a limited time only and on the condition that Republican senators would not block the then-pending confirmation of John Brennan as CIA Director. (Note: Another case of horse trading, or "log-rolling" as sometimes defined).

The report does not mention the names of the e-mail authors, but Hayes obtained the identities of two of them, and he names names: Victoria Nuland, State Department spokesman, at the time Hillary Clinton's communicator to the outside world; and Ben Rhodes, identified to Hayes as "a top adviser to President Obama on national security."

There is so much spilling out in this ongoing scandal and hour-by-hour crumbling cover-up and we could go on indefinitely (don't worry, we won't). Suffice it to recall at this point that when this president sought the White House, he solemnly promised "transparency." But then, that was "a long time ago."