June 14, 2016
Every time presidential wannabe Mitt Romney opens his mouth these days, he hammers another nail into the already wobbly campaign to save this country from the destruction that awaits us if Hillary Clinton becomes our next president.

When Romney says the presumptive nominee on this year's Republican ticket is guilty of racism, misogyny, xenophobia, and violence, he is doing what many of us fear is another part of a long history of the scared-rabbit-like political "warriors" who have led the Republican Party to defeat going all the way back to 1940 nominee Wendell Willkie. 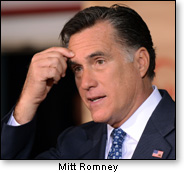 The GOP's failed candidate in the 2012 race has been branded a "coward" by Paul Manafort, the man charged with the responsibility for actually managing the campaign of this year's presumptive nominee, Donald Trump. If he (Romney) feels so strongly about the choice primary voters have made, says Manafort, he should have run again. "He's a coward."

Mitt: You had your chance

Mr. Trump, the New York real estate magnet, was not my first choice either. I voted for Ted Cruz in the primary. But he lost, Mitt. He lost. You could be quite adept at shaking your fist at the moon, but it's still there. You're talking about a classic case of "spilled milk."

Big factor: above the rest

Here's a big reason why whoever gets the Republican Party nomination for president this year needs and is worthy of our support:

It's the Supreme Court. The late Justice Antonin Scalia left us in February. President Obama tried to ram through a liberal jurist to take his place. Senate Democrats, under Harry Reid's leadership, tried to use the Republican Senate's refusal to rubber stamp Obama's choice as a political hammer. For once, the "scared rabbit" GOP leadership did not cave.

But if Hillary wins the election, she will go ahead and pick the same court nominee, or perhaps someone even worse.

Mitt, this is not just another one of a dozen or more top issues that reflect a prime urgency that Hillary be denied the presidency in November. Other issues are also important, but this is the issue. If that High Court's precarious 5-to-4 pro-American majority is flipped overnight, as it will if she is elected, then our children, grandchildren, and great grandchildren, and likely generations on into the future, will pay the price. 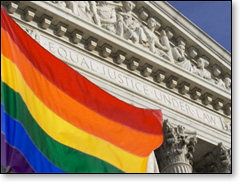 You think same-sex marriage is the left's ultimate judicial outrage? Just wait until they get around to shutting up people of faith by taxing their churches. Oh, yes they will, if given the chance. One of the administration's attorneys won't deny that's a very possible goal.

You think the idea of trying to toss us into the slammer because our views on "climate change" don't coincide with theirs will by itself satisfy their attack on freedom of speech? Fat chance!

Right now, the left is planning a "Constitution 2020" for after the election, whereby they intend to lay the groundwork for a concerted effort toward a new constitution. Given the pro-Marxist make-up of major players at the planned Soros-funded event, you can be sure the most important freedoms we have kept for over 200 years will be candidates for the ax.

Wait until they get bolder and gradually, then not so gradually, continue their self-appointed role to police your and my speech, and through a series of 5-to-4 majorities will slam on the gas pedal to march the America as we know it into the dust bin of history.

Donald Trump has submitted a list of the kind of qualified people he would nominate for the Supreme Court were he to have the opportunity to do so.

Those others didn't fight hard enough

The other 16 candidates who vied for the Republican presidential nomination through the debate process could have avoided Mr. Romney's angst, Mitt claims, if they had just fought the battle with more fervor. Instead of attacking Trump, he complains, they attacked each other.

Oh, please, Mitt! Didn't fight hard enough? Do we really need to put that Monday-morning quarterbacking aside by throwing the spotlight on the 2012 Republican candidate, whom we trusted to oust Obama from the White House, but who booted it by losing 2 of the 3 debates through poor preparation by his campaign staff?

Governor Romney, if you cannot back the candidate neither of us wanted for the nomination, OK – everyone is entitled to his views. But please don't fight us. 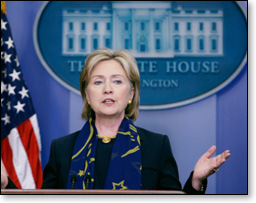 We gave you a chance. Both your children and mine will likely be around to see the damage imposed in full measure by putting the Clintons back in the White House for eight years.

If you want to go down a blind alley on a Gary Johnson or some unknown write-in, do your thing. But please don't give open comfort to the Clintons, which you do every time you slam the only person left standing who can cut down their yearning for another 8 years of a presidency that is likely to be even more disastrous than the last one.

As I write, we have experienced another Islamist terrorist attack on the U.S. Apparently ISIS, no less. They're here. Obama refused to call our enemies by their real name – well – "Islamic terrorists." Hillary Clinton calls for gun control. We could try to ignore you, Mitt, but a former presidential candidate from the last election can't be ignored by the public at large. Don't give us the Clintons. Please don't.