July 22, 2016
Donald Trump has humbled some of us who cheered the Donald's biting take-down of the haughty, out-of-date, presumptive king-making Republican establishment. The New York realtor/developer impressed many as the most outspoken public brawler since Harry Truman, who in turn was the feistiest president since Andrew Jackson. Therefore many who liked Trump nonetheless opined a year ago that the GOP would not nominate him, nor would he win at the convention. 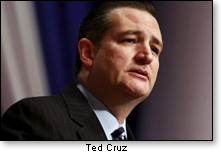 That's two strikes, and you're close to "out." There comes a time when the crystal ball needs a good hammer.

Along with many others, though, we accepted that this man – whatever our doubts – was different. He had tossed into the ashcan all the holy "wisdoms": i.e., the Republicans should behave because ever since the 1930s advent of the New Deal, Washington, with all of its alphabet soup of rule-making agencies, was the Democrats' "home" and Republicans, even when they win elections, should be seen and not heard and never sass back their betters.

We have had dreams of seeing someone arrive here and kick the cans over, but, reality? Ever since Reagan left, we just became accustomed to bad news.

Two candidates of the 17 that started out in the Republican presidential sweepstakes were more determined than others to smash to bits the old order of the conventional modus operandi of the GOP: Donald Trump and Texas Senator Ted Cruz.

So what's with Ted Cruz? Many conservatives were backing him for several reasons. Topping those concerns was that the senator from the Lone Star State was a reliable conservative; a principled hell-raiser (when necessary), but without the "rough edges" many see in Donald Trump.

Be that as it may, Trump is the nominee, and Cruz is not. Toward the end of the Texas lawmaker's speech to the Republican National Convention, impatient conventioneers were shouting at him, "Endorse Trump! Endorse Trump!" And when the Texas senator did not, the impatience turned to boos (which may have been orchestrated).

The following speaker, Newt Gingrich, intimated that actually Cruz did endorse his erstwhile primary opponent. After all, said the former House Speaker, Senator Cruz urged his audience, "please don't stay home in November," and encouraged the convention to "vote for candidates up and down the ticket who you trust to defend our freedom, and to be faithful to the Constitution."

Speaker Gingrich cited this as an endorsement – however indirect – because everyone knows that Hillary is not to be "trusted," nor will she "be faithful to the Constitution."

The RNC crowd was having none of it, with some calling the Cruz move "classless." 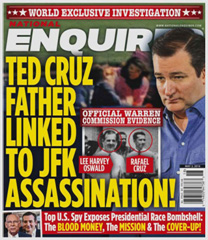 Maybe sore-loserism played a role. After all, others who had sparred bitterly with Trump in the bruising primaries had come around and endorsed him, including Marco Rubio.

When pressed the next day by the Texas delegation to explain why he didn't endorse the reality TV star, an emotional Cruz said he felt doing so would dishonor his wife, Heidi, whom Trump had cruelly ridiculed in a my-wife-is-better-than-yours photo comparison, tweeted by Trump after a provocative photo of his wife Melania, a former model, found its way to Utah voters at the hands of a group disavowing any affiliation with Cruz.

Cruz said he likewise felt the need to defend the honor of his father, evangelist Rafael Cruz, whom Trump had accused of having been seen with Kennedy assassin Lee Harvey Oswald weeks before the killing in Dallas in 1963. Trump's accusation was based on an unsubstantiated story in the National Enquirer, a story planted – Cruz said at the time – by Trump operative Roger Stone.

Obviously, these slams of Cruz were "up close and personal."

Add to that the fact that some of Cruz's backers openly carried their complaints to what they believe to be a rigged convention.

Unfortunately, as is widely claimed, all's fair in love and war. If Cruz had decided he could not give a direct endorsement, perhaps he would have been better off politely declining the invitation to speak. But Cruz told the Texas delegation he accepted the invitation in the hope of guiding the Trump campaign toward those principles he felt would unite the party and the nation. That adds an ironic twist to the fallout it generated.

Overnight, it became clear that Trump knew Cruz would not endorse him by name. How? Apparently, Cruz clued him in after the candidate had asked the senator to speak at his convention. Morning newspapers ignored the comment by Gingrich that Cruzs endorsement of Trump was sufficiently clear for its purposes (which this column notedsee above), even without including the Trump name.

Again, the morning print media are at sea. Thats another great advantage of the internet. We can update within a second. The print folks are stuck with what ended up on your porch, like it or not. Its also worthwhile to keep in mind that the federal government is fighting tooth and nail to put the internet under its firm control. But of course, you trust your government, right?