Wes Vernon
Enemies: Not just 'at the gates' – they're here

"No matter which way you turn, no matter which exit you try to make a mad dash for (figuratively speaking), you barely miss getting beyond the gate that slams shut in your face."

Sound familiar? That was the lead warning in this column May 4, 2015, titled "Don't you get it? We're surrounded." 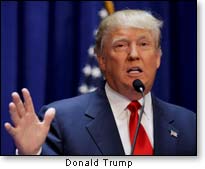 That was a few weeks before Donald Trump entered the presidential sweepstakes, and long before he was taken seriously as a contender for the world's most important office.

At this point, days away from the 2016 election, the pace and the volume of the movement to snuff out the America that many of us have known has gained speed toward its target.

Not always this way

There are those Americans who now realize they were raised in conservative homes, except at the time, they did not think of their experience in those terms. Why? Because – if one may be so bold to use politically "incorrect" language – they were "normal" Americans. We didn't think "right-wing" or "left-wing," we were all Americans, and we were thankful for that as a blessing.

Little did we know

In the spring of 2015 – I wrote – we suspected that "we are witnessing the slow (or not so slow) takeover of America," and that "the researcher on issues related to that incursion into our daily living need not do a lot of digging. All that is necessary is a perusal of the daily newspapers (or TV-radio) preferably over 2 or 3 days."

(Oh, many of the media were liberal two or three generations back, but it was far less pronounced than today. It took Barry Goldwater to prompt media types into a reaction symbolized by the bearing of fangs.)

Today, sad to say, the monitoring of the "mainstream" news media would necessitate no more than 2 or 3 hours to lead finally to the long overdue conclusion we're not only surrounded, but the enemy has infiltrated our ranks to the point where, together with the backing of unwitting dupes, the mild rumbles of rebellion are moving toward an unmistakable roar.

...Are we really expected to believe it is pure coincidence that powerful forces, in and out of government, are pushing for policies aimed at crippling the military and police? Why, of course! Police and military are there to protect all of us, including "everyday Americans," but we're not supposed to notice the increasing difficulties they face. And to the party of the increasingly hard left, who cares about those who see their country as exceptional? 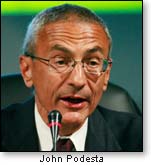 Even Hillary Clinton's campaign chairman and longtime confidant, John Podesta, is shown on WikiLeaks as concerned that the Democrat presidential nominee "has begun to hate everyday Americans." Why?

Secretary of State Clinton conducted classified business on her public server. Why? Whatever else one thinks of her, the woman is not stupid. Arrogant and contemptuous of those who love America, yes – but not stupid. She apparently could not care less about America's security. She is totally bereft of the emotional connection with fellow citizens one would hope from a secretary of state or a president.

How come people very close to the Clintons or part of their team have seen fit to ridicule – or are condescending to – the Catholic Church, and others of the faith-based community? Why?

Hillary Clinton's rallies are passive – certainly in comparison with the more boisterous rallies that feature Donald Trump. Yet, we're told that, with all the media hit jobs on Trump, he is doomed. So why do Hillary's personal appearances fail to inspire more than minimal enthusiasm at best?

How come FBI agents say (discreetly of course) their boss, Director Comey, "stood in the way" of the Clinton e-mail investigation?

We've scratched our heads wondering about the availability of the Clinton Foundation as a method of "donations" for "charity," while donations to an American political campaign are by law "closed" to foreign individuals or other foreign entities. Hmmm. You don't suppose some "bad people have actually "discovered" that two-way street, now, do you? Some would call that "legalized bribery." No! Really?

...Or get a load of this (as reported in this column Aug. 12, 2016): You can consult the book that unravels the "Clinton Cash," written by Peter Schweizer, who makes the case that the Clintons, through their "business" machinations, have facilitated Russia's access to about 50 percent of America's uranium. 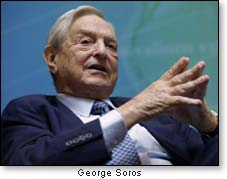 Soros money against a senator

George "Moneybags" Soros reportedly is financing efforts aimed at removing conservative United States Senator Jeff Sessions (R-Ala.) from the Senate Judiciary Committee that will hold hearings on future nominees to the Supreme Court. Why? Is it because Soros knows that Senator Sessions would raise a conspicuous measure of unshirted hell if Democrats try to slip an enemy of America to the High Court?

Other dark shadows surround us

There are other warnings of troubling times ahead. Firebombing at a GOP office in North Carolina; violence at political rallies on the part of thugs directed and paid for by Clinton acolytes; IRS still hounding groups and individuals who want to preserve the greatest nation ever founded; the "mainstream" media collaborating with politicians in support of the Clintons' political goals. There is hardly a barrier between the two. That could signal dangerous times ahead.

That collaboration is viewed by some as a government/media axis, with Obama paving the way for Hillary to carry on his power-mad legacy. And then there are you and me, mere citizens against a goliath indifferent to the idea of any watchdog claims of the media or checks and balances among branches of government. (See the president's weakening of Congress with "executive orders" in recent years.)

Oh, yes, and there is an organization called Constitution 2020, Marxist-oriented activists hoping to wipe out our citizens' protections of freedom as assured by the same Constitution they want to replace. This group also receives Soros "resources." (You can imagine what their new "constitution" would resemble – certainly not the one that guarantees the freedoms we take for granted.)

Pro-Americans need to stay in this fight because, well, you get it. This may be it. We are in fact "surrounded."