November 15, 2016
Look, you lefties out there are just going to have to suck it up. The heart and soul of America loves America and rejects the America-haters. That is the essence of what happened Tuesday. We want our country back. You wanted to shove it in the other direction. We (hopefully) have settled that argument.

Those demonstrators in several cities around our great nation – that's the Soros-funded left showing us why it lost. 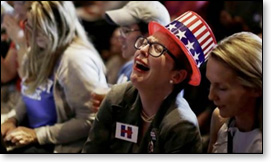 For all to see

Everyone has a right to protest – peacefully and without violence. But America-haters just can't help themselves. They've been incited by elites to let their hatred boil over. Hence, they throw rocks at cops and spread their bile on America's monuments. That is who these people are. They just don't "get it." They have been rejected.

Enough with their orders on what to think.

Enough with their orders on what to say.

Enough with their guilt-trips as to America's founding. Any huge historical move such as the brilliant, hard-fought struggle toward an almost unprecedented freedom was bound to leave some (ultimately correctable) errors in its wake. We fought a war largely to abolish slavery. That brother vs. brother conflict took the lives of well over a half million Americans. And that was – attention, neurotic practitioners of political masochism – that was a century and a half ago.

How many dedicated policemen have to suffer the blood-thirst of those who cynically use their distaste for our nation's success as a wedge to split the country apart now in the 21st century?

To those who want to move to Canada or wherever – and for that matter, to President Obama himself, who proclaimed a Hillary candidacy as his "name on the ballot" for his legacy, and who now says he will remain in Washington (where he can use the media to extend his hounding of patriotic Americans) – as Leo Amery told the well-meaning but naïve British Prime Minister Neville Chamberlain in a 1940 speech in the British Parliament – "In the name of God, go."

(And by the way, that exit door is surely open today to sports figures who utilize American-enabled free enterprise to enrich themselves so the free enterprise-enabled liberal media will pay attention to them, as they caterwaul about what a terrible country they live in (just don't think of denying them their fat paychecks obtained here.)

Oh, and let us not forget the 95 million Americans who are out of work and have been for some time, and are hectored by their betters to "get off their can" so we won't be embarrassed by the jobless statistics. With hat in hand, perhaps Mr. Obama can visit the jobless and tell them he is so sorry that his no-growth economic policies killed their jobs or kept them out the door in the first place. You know, Barack, another "apology tour," like when you bowed your head to kings and other potentates and (in effect) apologized for an America daring to be free, might be in order.

This time, Mr. outgoing (yessssss!) President, you won't need to apologize for your predecessors who were too dim-witted to appreciate the "sophistication" of your anti-American rhetoric. This time you can apologize for yourself. That way, the fascination for an out-of-character humility will hold the spotlight for a couple of days. 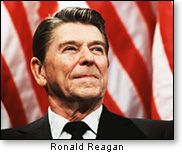 Now as to what's next

For years, after Ronald Reagan left and (to a lesser extent, George W. Bush), Middle America has been wondering who in national leadership will care enough to hold back those who presume to ignore or outright block their ability to make a living from a job that hopefully is not going to be stolen by some overseas entity only too willing to take advantage of overly generous trade policies on our part.

Enough of the mindset that says millions must sacrifice their jobs to show the international "generosity" of a nation more than $19 trillion in debt. Uncle Sugar is going broke.

And bear this is mind

There are some on the unhinged left who openly advocate that Mr. Trump be assassinated. There were times when such public rhetoric would have been unthinkable other than in the diseased minds of a few nondescript crackpots. In this era, alas, this is not to be shrugged off. We can only hope the Secret Service and other protective sources are following up on any such threats. In 2016, we cannot laugh off threats of that kind. We're up against enemies who mean to destroy us one way or the other. We dare not let our guard down.

There is some lamenting on the losing side of this election about how it is wrong that Hillary can gain the popular vote, but still lose the election. Therefore, according to the complainers, we must get rid of the Electoral College.

The founders included the Electoral College in the Constitution for a very legitimate reason: to recognize that the United States was a nation of (presently) 50 sovereign states with their own interests and unique cultures and ways. That was a basic thrust of the Constitution as formed.

If all of our 50 states are to be recognized as participants in this democracy, you cannot have a system wherein the large states all but totally dominate the direction of America, regardless of the attitudes of the more numerous small states. It is reasonable to expect that it will make a difference that each individual state has a reasonable input into the policies that guide this 240-year experiment known as the United States of America

It is known, of course, that the left would be overjoyed to allow New York and California to call the shots of what kind of America we will have to the detriment of those living in "flyover country."

Sorry, Mr. Soros. That is not our America. And if you don't like it, sir, we won't stand in the way of your returning to Central Europe – or perhaps to Britain, where you pulled off some monkey business to mess up their economic circumstances. They would love to have you back, wouldn't they?

Oh! And BTW, we have witnessed in recent days the spectacle of the President of the United States openly encouraging illegal aliens to vote, and assuring them they will not meet with retribution for doing so. Think of it. A President urging illegals to break the law and vote. Even supposedly on his way out the door, he needs to stick it "in your face" while assuring the incoming president of his support for "unity" and "working together."

In fact, we have heard of instances where indeed some illegals actually already have voted. It makes one think that as long as liberals hammer on how Hillary has won the popular vote, how much of that margin includes votes that were illegitimate because they were cast by illegal aliens? Should we not investigate that? 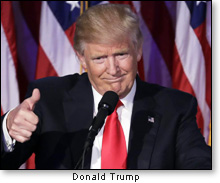 As for this column

There is no Pollyanna on the part of this column; Mr. Trump has a lot of testing time ahead. Parts of his past personal life have met with disapproval from friends and enemies alike.

Normally, one can say, "Well, that's his personal business, and none of ours." But in reality, Americans want someone in the presidency whom they can look up to and respect as a human being – even if they don't always support his policies.

There have been politicians who have had pasts of a questionable nature who – once attaining high office – "rose above themselves."

Donald Trump has the potential for that. This man, thank Heaven, is ready to get America back on its "normal" course. In my own judgment, we have just come perilously close to a "takeover" by forces that wish us no good. It would not be out of order to pray for this man's success. He can rise above himself, in this column's view. In his victory speech and in other ways early-on, he has demonstrated a mellowing when circumstances require it.

Bill Clinton? Not the same thing. He did some smarmy things in Arkansas and carried them straight into the Oval Office. He did not – ahem – rise above himself, though he was a remarkable smooth talker.

Alas, Mr. Trump, ideologically speaking, has a record that is spotty from a conservative perspective. He was not our first choice in the primary. We favored Ted Cruz, who came closest to being a "classical conservative." Donald Trump is a kick-over-the-traces-and-pick-up-the-pieces semi-nationalist conservative. Many of the pundits don't know quite what to make of him. They know he can be a hell-raiser, though one with a good head on his shoulders and a straight-up love for America as Priority Number One in policy-making.

He's no Ronald Reagan, who (RIP) is always to be honored as one of our very best presidents. But this is Donald Trump's time. For, as indicated above, this is an unusual and dangerous era, in our view a time in which America may have dodged a deadly bullet. (See some of our previous columns.) Trump's time is at hand. At the moment, he stands between us and a diminution of "that shining city on the hill."