October 19, 2017
Months ago, this column, along with others, focused on a super scandal ignored by the fake news outlets, about the Clintons through their foundation, which was up to its ears in an operation whose effect was to line the Clinton's pockets, and more importantly, possibly put us on the path to nuclear disaster. Hillary was then in the midst of her doomed presidential campaign.

At the time, we cited the blockbuster book Clinton Cash: The Untold Story of How and Why Foreign Governments and Businesses Helped Make Bill and Hillary Rich. 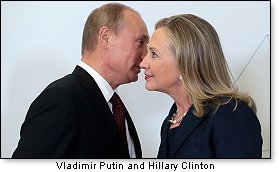 The information as we had it at that point in the campaign (August, 2016), as reported by the book's author Peter Schweizer, was that it did not matter as some have alleged whether Vladimir Putin, a former KGB operative, was "Stalin 2." More importantly, we noted, the Clintons were well-informed of a deal by which Russia ended up with access to a huge chunk of America's uranium supply. That, by far, is the greatest damage – far beyond the fact that Hillary's campaign (already swimming in cash) was well-positioned to benefit, or that Bill and Hillary also got to line their pockets with Bill's speaking fees.

More significant, we noted, was that the world at large would live in heightened fear of the "bad guys" large and small" (can you say North Korea?). Russia would be in an ideal position to re-sell the uranium to anyone – anyone!

This week, the issue is back in the forefront of America's attention span, thanks to some of the blanks filled in for us by "The Hill" newspaper that detailed the deal as it involved kickbacks, extortion, and racketeering.

That got the attention of Senator Chuck Grassley, the veteran senator from Iowa, who chaired a committee hearing that included Attorney General Jeff Sessions. The senator noted the paper cited an FBI discovery that Russian operatives, according to findings by the FBI, had as early as 2009 used bribes, kickbacks, and other dirty tactics to advance Russia's atomic footprint in America. And oh, by the way, Secretary of State Hillary Clinton, at the time of the deal, was on the Committee on Foreign Investment (CFIUS) that focused attention on the bid to approve the deal. Despite all the suspicious activity involved, according to published reports, the Obama administration approved the pro-Moscow uranium deal anyway.

Back to the present phase of the story: After rapping the gavel to bring the Senate committee to order this past week, Chairman Grassley declared his Senate panel "has an obligation to get to the bottom of this issue." The lawmaker fired off letters demanding answers and action on the part of 10 federal agencies. Among his questions was whether CFIUS was aware of an FBI probe of the sale from Canadian mining company Uranium One to Russia's Rosatom nuclear company. 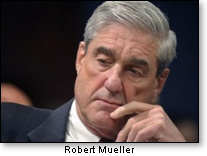 At the very time that Robert Mueller is desperately carrying on his phony witch hunt on alleged "Russian collusion" on the part of the Trump campaign and thus far has come up with nary a shred of evidence to back up those charges – while that is going on, evidence is piling up by the hour that while the Russians were sending nearly 145 million dollars to the Clinton "charity" foundation, as the Obama administration through CFIUS okayed or looked the other way, Senator Grassley appears to be preparing for what may be one of the most explosive congressional hearings in U.S. history.

The terms "t-word" and "treason" have been bandied about in such venues as the "Hannity" show on Fox, featuring Sean's interviews with the likes of John Solomon and Sara Carter, who have been bird-dogging this story for weeks, if not months.

And here's another "irony of ironies:" Independent counsel Robert Mueller, himself a former FBI director (who at least was in a position to know what was going on in the uranium scandal), has stacked his anti-Trump investigative team chock-a-block with Clinton and Obama loyalists. Their echoes in the fake media have been hollering "Russia! Russia! Russia!" Now, it appears – barring a success of a gigantic super-enforced cover-up – that the real Russia scandal will be to their disadvantage, and that that they, in the end, will have lost out in their dangerous game of Russian Roulette.