January 12, 2018
It says here, in an article by Washington Free Beacon's Bill Gertz, that China has secretly been supplying missiles to North Korea, and has been bolstering its war-making ability provided that North Korea "halts further nuclear tests." So this means "Rocket Man," who rules North Korea by starving his own people, gets to play with his toys as long as he doesn't use them?

According to Gertz, Ambassador John Bolton calls the China move, if accurate, "very cynical." (No! Really?) For years, China has been building its own war machine to replace the Soviet Union as the main threat to the civilized world, of which the United States remains the Number One target of the Communists. 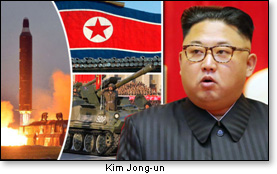 So one Communist nation bestows some of its largess on another Communist nation. Anyone shocked by that? If that's you, don't go away, I want to take your picture. The People's Republic of China has been out to take down America and the West ever since the disastrous post-World War II days when its agents infiltrated the U.S. State Department, other government agencies in Washington, and some outside government-related agencies. That would include the Institute of Pacific Relations, where one of the infiltrators was Owen Lattimore – who was found by a Senate Committee chaired by Senator Pat MCarran (D-Nev.) to be "a conscious articulate instrument of the Soviet conspiracy." The Soviets had aided the coup that brought the Reds to power in China.

At the Soviet downfall

In later years, while some of us gritted our teeth that young people in this country, unaware of recent history, semi-respectfully called the most brutal, murderous government ruler of the 20th century "Chairman" Mao, one of the very few times when Red China's interests temporarily matched our own was when President Ronald Reagan was taking down the Soviet Union without firing a shot. The Chinese did not lift a finger to interfere when the Gipper was carrying out his grand plan for the Soviets: "We win, they lose." Obviously, the Chinese didn't want the Soviets to hog the spotlight when murdering opponents of Communism was concerned. They themselves likely preferred to get the credit. 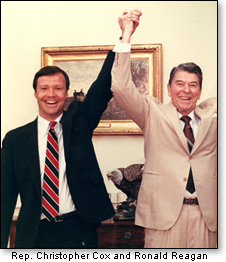 After President Reagan left office, a congressional committee headed by Rep. Christopher Cox (R.-Calif.) did a thorough probe of China's nefarious role in the world. That panel found that: (1) China had indeed replaced the (by then) former Soviet Union as America's chief rival, and had the means to target strategically important American cities; (2) The Communist Chinese pursued a systematic strategy of using trade, influence-buying, and espionage to achieve their goal of nuclear advantage; (3) For decades, Chinese agents stole American nuclear secrets to build long-range missiles that can strike the United States; (4) American companies have been complicit in Communist Chinese deceit, and lobbied for easing export restrictions on strategic technology to the People's Republic of China; (5) Communist China aided our enemies, transferring American nuclear technology to such radical regimes as North Korea and Iraq.

Now are you convinced? No? Here's a recent headline: China President Rallies Troops, Tells Them to Get Ready for war.

Casper Weinberger, Defense Secretary at the time, said the Cox report "shows how America has been targeted by a dangerous foreign power, and how some Americans have been willing go serve China's interests over America's own." (He made no reference to millions of Americans who were wooed by the fire sale prices on "Made-in-China" wearing apparel available at America's department stores. This is like a bad dream. G'night, all.