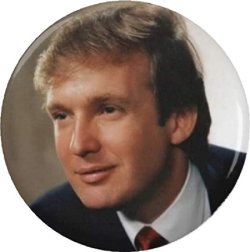 Throughout the history of mankind, God has used the most unlikely ordinary souls to fulfill His Divine Plan by giving them extraordinary charisms. If the soul cooperates with these Divine Graces and agrees to take on the most difficult tasks to accomplish the extraordinary, then clearly the world can see the Glory goes to God alone. In the holy scheme of events, the ordinary man has also helped to co-redeem himself with Christ who is the ''Redemptor Hominis," the Redeemer of Man.

Moses was an insecure, fearful, poorly spoken man, who through his acceptance of an extraordinary grace became a prophet of God and led the Jewish people of Israel out of captivity in Egypt. God called Moses, an ordinary man, and set him over much, to deliver a nation from the hands of the clever Pharaoh. Moses set God's people free.

Augustine lived in the 4th century in Milan, Italy. He was a young man seemingly destined for ruin. As the son of devoutly religious Monica, he was barred from entering her home because of his lustful, sinful fornication with a concubine. Augustine begot a son from that illicit relationship, whom he abandoned, while later casting out the woman as well. Augustine believed not in God, but only in high living and sinful sex. In an extraordinary way, God the Father used an ordinary Bishop, Ambrose of Milan, to teach and influence Augustine, a pagan, to change his life. Then God used Augustine, in an extraordinary way, to become the Church's greatest teacher of doctrine and morality. The Church now honors Saint Augustine as Doctor and Father of the Church.

One man in modern times to remember in this way is Oskar Schindler, the rich industrialist, who saved over 2,000 Jews from the crematories during the holocaust. With his clever business skills, Oskar's successful dealing with the evil Nazi leaders saved many Jews. He was not at first holy; he was instead a womanizer, a drinker, and a gambler, who responded to Grace and became a man who was chosen to do something extraordinary.

God uses each of us as His instruments; we just have to become docile to the inclinations from the Holy Spirit. We are ordinary, sometimes miserable creatures; however, with God, all things become possible and extraordinary.

Donald J. Trump is such a man. He was an ordinary child growing up in an ordinary family in the borough of Queens. By the Grace of God, Donald became a captain and a leader in his New York Military Academy, and an honor student at the Wharton School of Business of the University of Pennsylvania. He was a faithful, hardworking son, a successful world business leader, and also a man who loved, and was loved by, women. In an extraordinary manner, God chose this man to save a nation from Islamic rule and from Communist takeover by hostile Russia, China, and North Korea. In a miraculous national election in November 2016, against all odds and predictions, he won the presidential election despite never-before-seen persecution and sabotage from his party. In just a very short time in office, this president has used his God-given charisms to overcome enormous opposition to make our Christian nation safer, free from Islamic aggression, and more secure from illegal immigration criminals, and to give our people work opportunities again and the promise to make America great.

I don't purport to know many of the answers of life, but I know how wondrous are God's ways. I'm unwilling to throw any stone at the man Donald Trump because God's saving grace has also changed my once blackened soul.

God uses ordinary people to accomplish the extraordinary. Let us pray together daily for our president, Donald J. Trump.