Navy Seals entered Osama bin Laden's hideout, and got him — in spite of the warnings that Nancy Pelosi issued on September 7, 2006, as follows:

"Even if [Osama bin Laden] is caught tomorrow, it is five years too late. He has done more damage the longer he has been out there. But, in fact, the damage that he has done . . . is done. And even to capture him now I don't think makes us any safer." — then House Minority Leader Nancy Pelosi, 9/7/06. 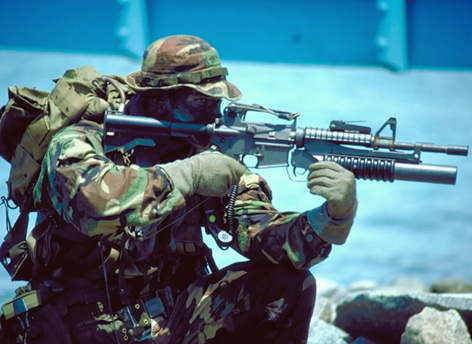 "The death of Osama bin Laden marks the most significant development in our fight against al-Qaida. I salute President Obama, his national security team, Director Panetta, our men and women in the intelligence community and military, and other nations who supported this effort for their leadership in achieving this major accomplishment. . . . Though the death of Osama bin Laden is historic, it does not diminish our relentless pursuit of terrorists who threaten our country." — House Minority Leader Nancy Pelosi, 5/2/11.

Obama signals he may get past restrictions on Guantánamo Bay (January 8, 2011)