For a CHILD IS BORN to us, and a son is given to us, and the government is upon his shoulder: and his name shall be called, Wonderful, Counsellor, God the Mighty, the Father of the world to come, the Prince of Peace. 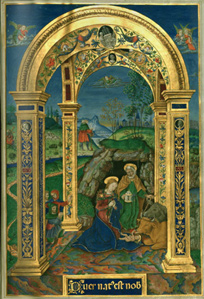 The birth of Our Lord Jesus Christ is the most significant event in world history, both as a political and supernatural truth, through God's Divine intervention.

Jesus Christ, the Son of God, the King of Kings, was born miraculously and painlessly from the Immaculate Womb of the Virgin Mary, as the essence of God's Perfect Love for humanity.

His birth has been depicted throughout 2013 years of history – but it was during the Middle Ages that illuminators began to present the fine details that we identify today with the manger scene.

During the early 16th Century, Cardinal Patriarch Marco Cornaro, a descendant of one of the wealthiest and most powerful Venetian families of the time, commissioned the famous Cornaro Missal. The illuminator of the Cornaro Missal remains unknown.

For the benefit of my non-Catholic readers, a missal is a book which contains the prayers and responses needed throughout the year, for the celebration of the Roman Catholic Mass.

On July 8, 1999, the Cornaro Missal, which was part of the collection held by Barons Nathaniel and Albert von Rothschild, was sold for $4,758,102 at a Christie's auction in London. This has been reported as the highest price ever paid for an Italian illuminated manuscript, now owned by an unidentified private collector.

It is ironic that the depiction of Our Lord's Divine birth can command millions of dollars – in the same materialistic environment where He was once sold for thirty pieces of silver.

May you and your loved ones be surrounded by the immeasurable and priceless Love of Christ's birth. Merry Christmas to all of my readers in the United States and around the world.

View the entire Cornaro Missal by clicking on image below: 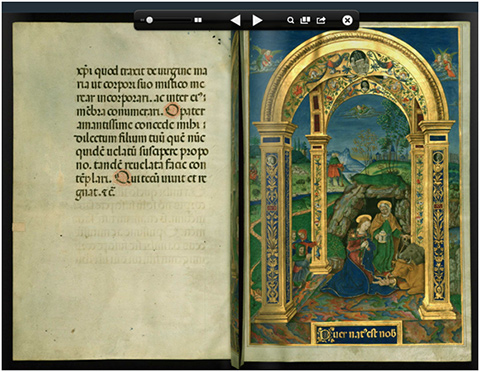