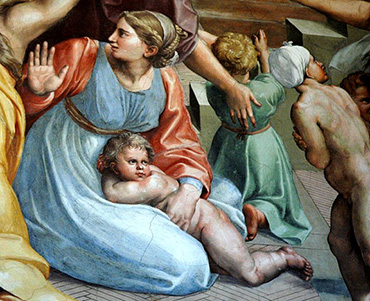 Another episode in the history of the modernist Vatican

There appears to be no end in sight to the crisis faced by victims of pederasty in the Catholic Church. While Francis has assigned a "commission" to study the infestation of sexual abuse in the Church, those who have been legally and publicly exposed for their implication in pederasty cover-ups are still running around footloose and fancy-free.

Case in point: Cardinal Roger Mahony, Archbishop Emeritus of Los Angeles, concelebrated a Mass with Francis during a recent visit to Rome – and continues to serve on the Board of Trustees of the Papal Foundation. Mahony actively posts his proclamations on Twitter and on his blog, as if nothing has happened – in spite of the fact that he was at the center of one of the most scandalous and expensive series of sexual abuse legal settlements in the Church's history.

Yes, Mahony Tweets and blogs as if nothing has happened.

Because nothing has happened.


"Am in Rome for meetings of the Office for Economic Affairs; time to approve the annual Budget for the works of the Holy See worldwide."


Imagine that, Cardinal Roger Mahony, the man who left the Archdiocese of Los Angeles in moral ruins – and in near financial ruin as a result of multi-million dollar sexual abuse settlements and obscene expenses in defense attorney fees, is boasting about his approval of the annual budget for the works of the Holy See worldwide.

And to make sure the world did not miss out on the details of his trip to Rome, Cardinal Mahony posted the following on Twitter, on January 16, 2014:


"Today in Rome I was able to concelebrate Mass with Pope Francis, and to have a private Audience with him later. Cardinalrogermahonyblogsla[dot]blogspot[dot]it."


The Vatican appears to ignore the fact that so many children's lives, along with their families, were destroyed by pederasts acting as priests in the Archdiocese of Los Angeles, under Cardinal Roger Mahony's reign of terror. One can only assume that the massive multimillion-dollar settlement paid to the victims by the L.A. Archdiocese is enough – as far as the Vatican is concerned. As such, Mahony continues to enjoy his retirement.

Meanwhile, a panel at the United Nations has issued a report condemning the Vatican's abysmal record in handling sexual abuse cases, citing the U.N.'s Convention on the Rights of the Child. This is perplexing to say the least, since the United Nations promotes homosexuality as a human right, all over the world; therefore, it's obvious that the U.N. is impervious to the fact that over 85% of the reported sexual abuse cases in the Catholic Church are committed by pederasts. This figure may be even higher, given that many pederasty cases go unreported. 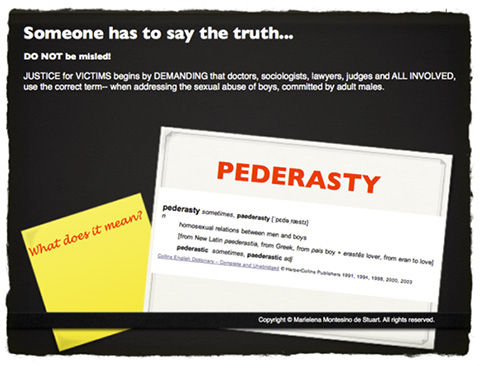 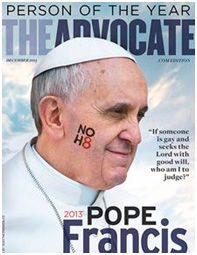 The strangeness surrounding the modernist Vatican has reached a whole new level since Francis arrived in Rome. Francis is now known for the effervescent way in which he shoots from the hip – such as when he issued his famous statement, "Who am I to judge...?" – referring to homosexual priests who seek God. Francis is also the first man to sit on the Throne of Peter while being featured as Person of the Year on the cover of a homosexual magazine called The Advocate.

The United Nations panel on the Convention on the Rights of the Child has commended Francis for his "progressive" view of homosexuals in the Church, while admonishing the Church for her teachings on abortion and contraception.


"While generally critical of Vatican leadership, the report's authors welcomed as "progressive" Pope Francis's more welcoming view of homosexuals in the church, but said the Vatican's past statements had contributed to the stigmatization of gays, lesbians and transgender children and adolescents. The panel also criticized the church's approach to abortion and contraception." ("U.N. Panel Assails Vatican Over Sexual Abuse by Priests." The New York Times, Feb. 4, 2014.


As we can clearly see, the operatives at the United Nations are letting the Vatican know that the U.N. is the new sheriff in town. But why shouldn't the U.N. behave this way? After all, the Vatican has a long history of collaboration with the U.N.'s "progressive" agenda – since the inception of the Second Vatican Council.

The U.N. now feels empowered to admonish the Catholic Church about her moral tenets – and has asked the Holy See to report back by September 1, 2017.

The current relationship between the United Nations and the Holy See is the perfect example of how the Vatican has kept some very bad socialist company and has made many deplorable decisions for more than 50 years, including offering safe harbor to pederasts in the Church. All under the modernist "spirit" of the Second Vatican Council.

Now the chickens are coming home to roost.

Please click HERE for copyright terms and conditions, if you wish to quote excerpts of this article.