Rev. Austin Miles
Why power grids targeted and by whom - eye opener!

July 3, 2014
The Daily Caller headline and story on Monday June 30th inadvertently tells only PART of the story: Hackers Have Quietly Penetrated Over One Thousand Power Plants in the U.S. and Europe. 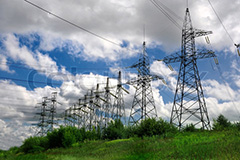 It reveals how Security firm Symantec has discovered a large-scale campaign responsible for successfully infiltrating the computer systems of more than a thousand power plants across the U.S. and Europe.

In a blog post published on the company's website Monday, Symantec said the group of attackers, dubbed "Dragonfly" used a malware campaign to spy on systems operations, but could have taken the remote-access hack a step further and manipulated those systems to cause serious damage.

Everything from grid operators to gas pipelines across 1,018 organizations primarily in the United States, Spain, France, Italy, Germany, Turkey, and Poland were infected.

Dragonfly employed a variety of attacks from basic phishing emails all the way to targeting component manufactures, the parts from which would then infect systems further downstream.

According to the Symantec post, Dragonfly's attack draws similarities to the highly effective Stuxnet virus developed and deployed by the U.S. against Iran, which inflicted serious damage against the country's nuclear power plants in 2010.

The programs used by the group have been traced back to Eastern Europe, leading some to speculate the sophisticated attacks originated in Russia. The reason for the attack remains unclear. End of their story.

For this writer it is all TOTALLY CLEAR. As most know, I spent some time behind The Iron Curtain before the iron curtain was torn down by citizens. While there, I received privileged information, one being the exact date when that barrior would come down, appearing as a revolt against Communism.

The purpose for that action was to misdirect the world into believing, and publishing that"Communism is Dead." This sidetracked the thinking of world citizens who felt they no longer had to brace against an ideology that most did not want.

This gave the Communists time to regroup and begin infiltrating various government offices as well as the schools, universities and yes the churches, while grooming and preparing a 'leader' of America, as our country sluffed along unaware.

One thing shown to me was that they had a rocket aimed at the satellite that controls all of our power, electricity, gas, water, dams and transportation. When the moment would come to push that button, all power would suddenly go off, with Americans struggling in the dark not knowing which way to turn. At that time, a 'neighborhood captain' will knock on your door and say, "Here are your orders."

All of our cities and towns have already been divided up into sections, with someone you probably know and do not expect coming to your door announcing himself as that neighborhood captain from that section.

As the years passed, power grids would evolve to computer control and that became the target rather than blowing a satellite out of the sky.

Readers may remember a very big blackout through a great section of Europe a few years ago, which I knew without doubt was a rehearsal to see how effective that would be as it was being learned how to work with the controlling computers.

That is why these power stations are being hacked, not for mischief, but to determine how to have all power go off at once. This is what the late Paul Harvey would call, "The Rest of The Story."

It is to be noted that when I returned to New York all Senators there were notified about the plans that were in place to conquer America along with startling additional information with documentation that could have been acted upon and the plot ended. Not one of them were interested in following this up. They were already in the loop.

NOTE TO READERS: Website Restored after word got out of the Shutdown: I AM BACK ON THE AIR. As readers know,my website was suddently taken down without any notice almost two weeks ago. It was explained that it was all a misunderstanding. In any case, we are back.

Our sincere thanks to Pati Neal, of Pati Neal Graphics (whose late husband, LB Neal, built the site for me), whose extraordinary help and assistance saved it. We are now approaching the 3 million visitors mark.

While the Obama Administration has proven to be loyal readers, we are not certain that they can be counted as 'fans.' Please use your social media to help pass the word that: www.revaustinmiles.com, is back up and running.